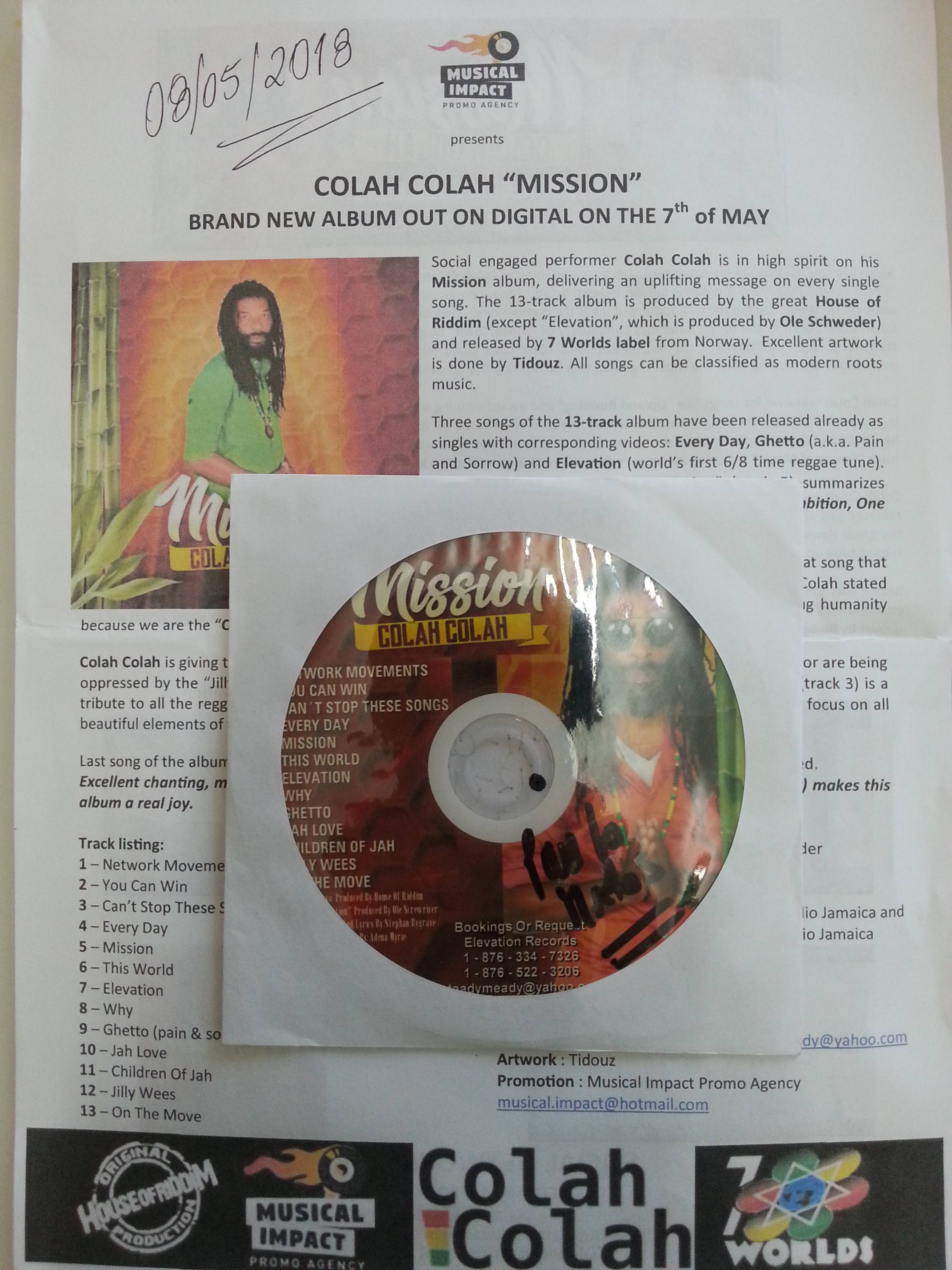 Social engaged performer Colah Colah is in high spirit on his Mission album, delivering an uplifting message on every single song. The 13-track album is produced by the great House of Riddim (except “Elevation”, which is produced by Ole Schweder) and released by 7 Worlds label from Norway. Excellent artwork is done by Tidouz. All songs can be classified as modern roots music.
13-track album have been released already as singles with corresponding videos: Every Day, Ghetto (a.k.a. Pain and Sorrow) and Elevation (world’s first 6/8 time reggae tune). The title track of the album “Mission” (track 5) summarizes perfectly what this album is about: “This Mission, ambition, One Love, no competition”.
Networks movements”, a great song that clarifies Colah Colah’s mission from the start. Colah Colah stated that his one love unity movement is about elevating humanity because we are the “Children of Jah” (track 11) so “we all have our part to play”.
Colah Colah is giving thanks “Every Day” (track 4), while asking the question “Why” (track 8) so many poor are being oppressed by the “Jilly Wees” (new name for the downpressors) (track 12). “Can’t stop these songs” (track 3) is a tribute to all the reggae ambassadors who set the foundation and “This world” (track 6) takes time to focus on all beautiful elements of this world.
On the move” and is about the Mystical vibration that cannot be stopped.
Excellent chanting, melodious hooklines on great riddims backed by Adina Myrie (Buju Bantons sister) makes this album a real joy. 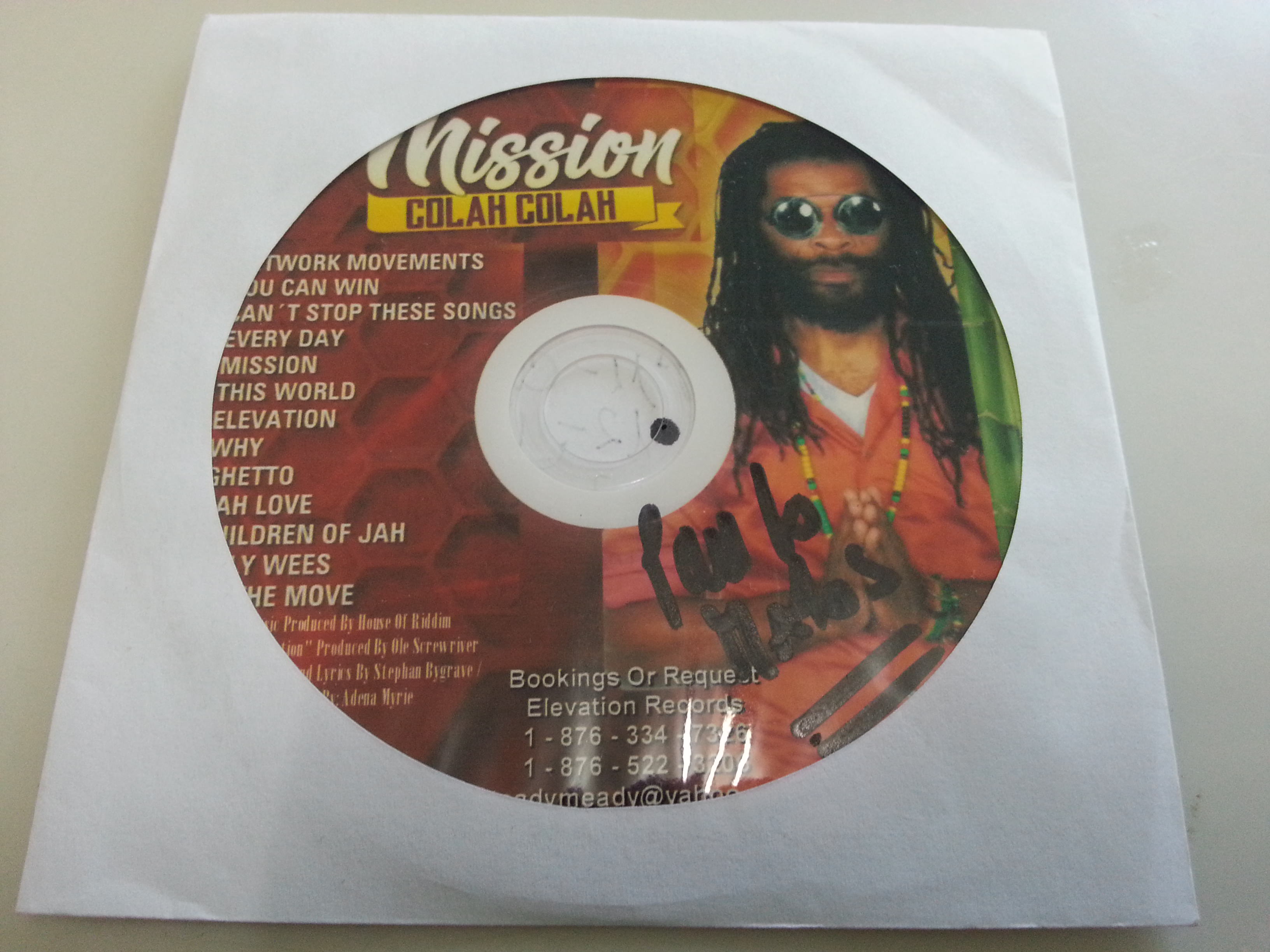 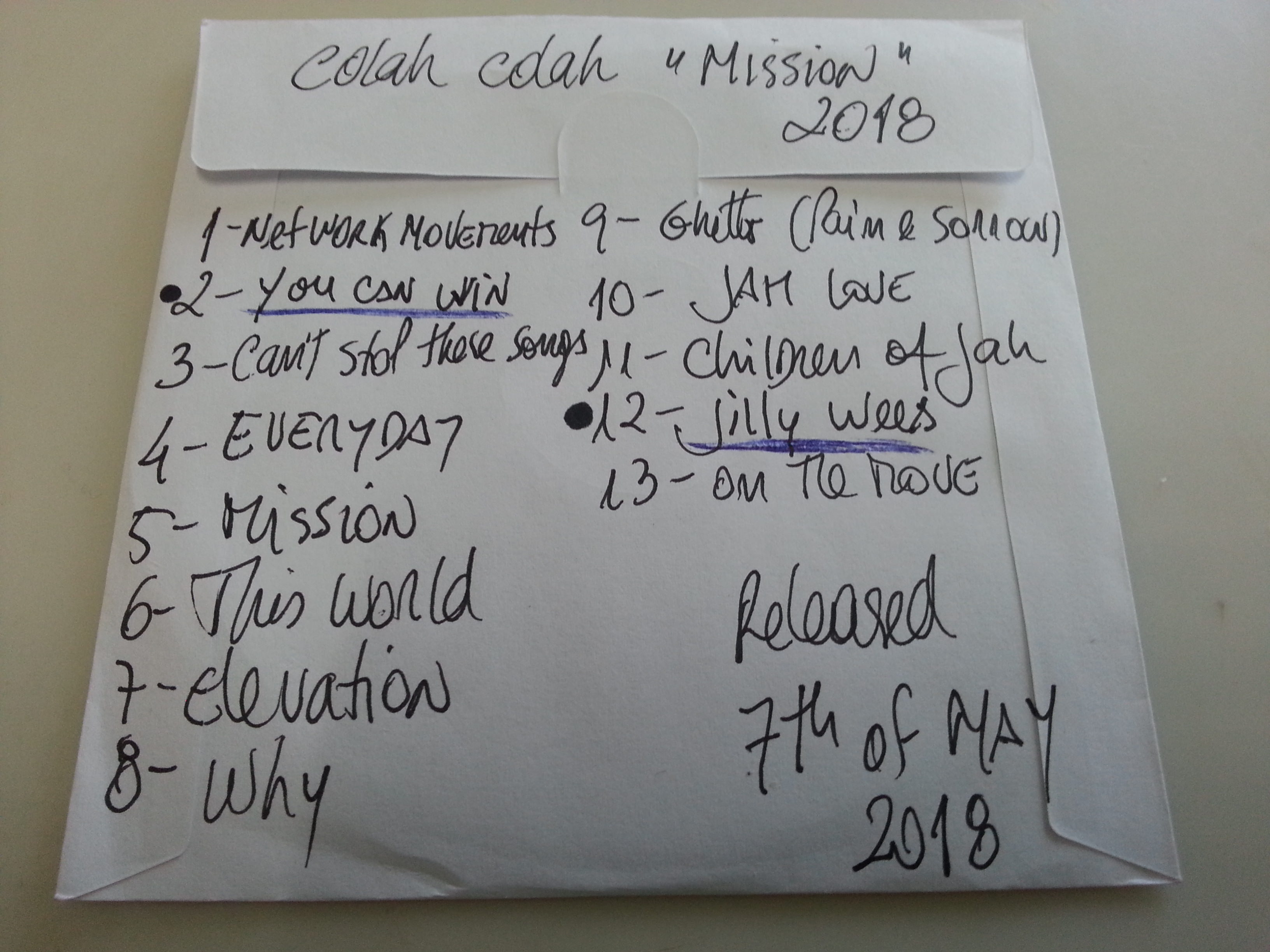