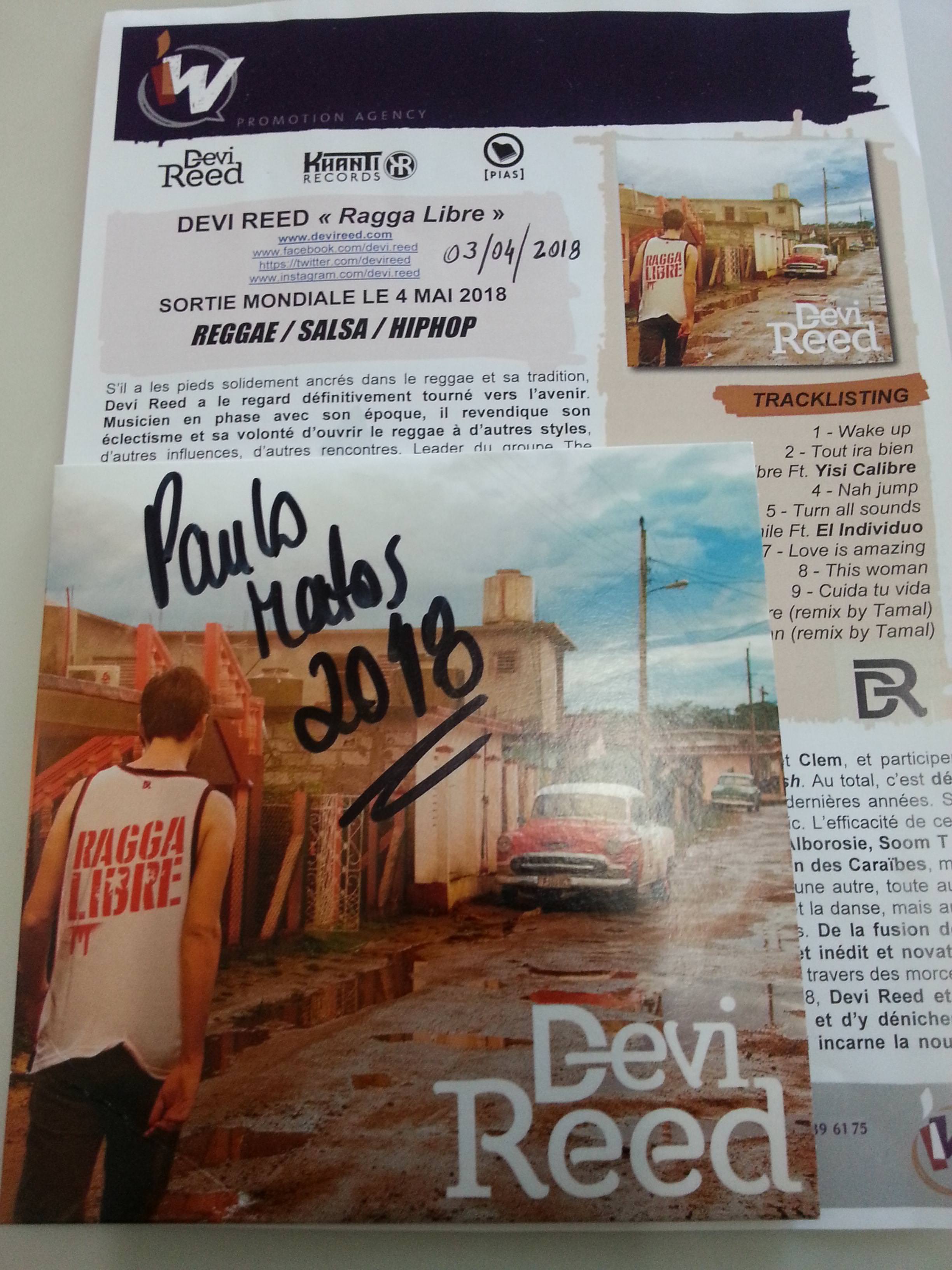 If his feet are firmly rooted in reggae and his tradition, Devi Reed has a definite look to the future. Musician in tune with his time, he claims his eclecticism and his desire to open reggae to other styles, other influences, other encounters. Leader of the band The Banyans for nearly 10 years, he perfected his mastery of reggae through two albums and hundreds of concerts across Europe. With this experience, he launched in 2016 his solo project, with the desire to express his musical personality as close as possible and to propose a music as unique as him. His music is tinged with hip-hop, electro, world music, so much so that one is entitled to wonder if it is still reggae. To realize this project, he surrounds himself with two experienced musicians and beatmakers: Otaam and Clem. Both from the conservatory and passionate about urban music, they develop the foundations of this resolutely modern music, where machines and turntables mingle with drums and guitars; mixing electronics and acoustics, tradition and innovation. In 2017, Devi Reed publishes its first EP "Essence of Life" which will lay, as a mini-album, the foundations of this new style.

With a critical success, he and Otaam and Clem conquered the stage and participated together in major festivals such as Reggae Sun Ska and Rototom Sun Splash. In total, it is already more than a hundred concerts that they realize in France and in Europe these two last years. On stage, Devi Reed distills incredible energy, creating a symbiosis with the audience. The effectiveness of this original formula is such that it will already share the stage with big names like Alborosie, Soom T or Ky-mani Marley. In 2018, Devi Reed turns its eyes towards the Caribbean, but this time, not only to Jamaica. Because next to this small island is another, equally rich of musical traditions and inimitable grooves: Cuba. In the art of groove and dance, but also in the strength and soul of this people, Devi Reed finds values ​​that are strong. From the fusion of Cuban music and the reggae / hiphop rhythms that are dear to her is born a new and innovative project, "Ragga Libre". This multicultural aspect promises the project an international influence, through pieces where Spanish, English, French and Jamaican Patwa intertwine. In January 2018, Devi Reed and his beatmakers go to Cuba to immerse themselves in the best of their very essence and find the talents of tomorrow, meet the new generation of Cuban hip-hop, when they embody the new generation of reggae in France.

Directed between Toulouse and Havana, mixed in London by Laurent Dupuy, sound engineer awarded two Grammy Awards, this album will have toured the globe since its conception, and will have gathered no less than 14 Cuban and French musicians, that they are rappers, pianists, treseros, percussionists ... The scale and the originality of this project are such that a documentary will be realized, accompanying Devi Reed since the conception of the album in Toulouse until its exit, while passing by the stay in Havana and the meeting of emerging talents of the Cuban hip-hop scene.

Added to this are the many clips that illustrate the titles of the album, immersing the public closer in this human adventure and music. From reggae, Devi Reed kept the positive message and the universal themes, and through his texts in English and French, he makes sure that this message can be heard by all. Whether the songs are dancing and light like Love is amazing or impacting like Wake Up, Devi Reed invites you to love yourself and celebrate life. But his texts also know how to be aware (Cuida tu vida) even claims (Nah jump). True to the values ​​of sharing and exchange that he advocates, Devi Reed invites rapper El Individuo and rapper Yisi Calibre on two tracks, Move and Smile and Ragga Libre. French writing allows Devi to express a more intimate aspect of his personality, in the image of All will be well where the singer traces his career and bears a look full of hope on the future. As a bonus to this disc, two remixes of the Tamal beatmaker - which had already participated in the realization of Essence of life - two versions in the form of electro replay of two songs, proving once again that the music of Devi Reed knows no fence.

Ragga Libre is a resolutely up-to-date project, ready to shake up reggae codes and blow a fresh draft in this style. Devi Reed is clearly positioned as one of the spearheads of the renewal of this music in the Hexagon and confirms that his music is also free. 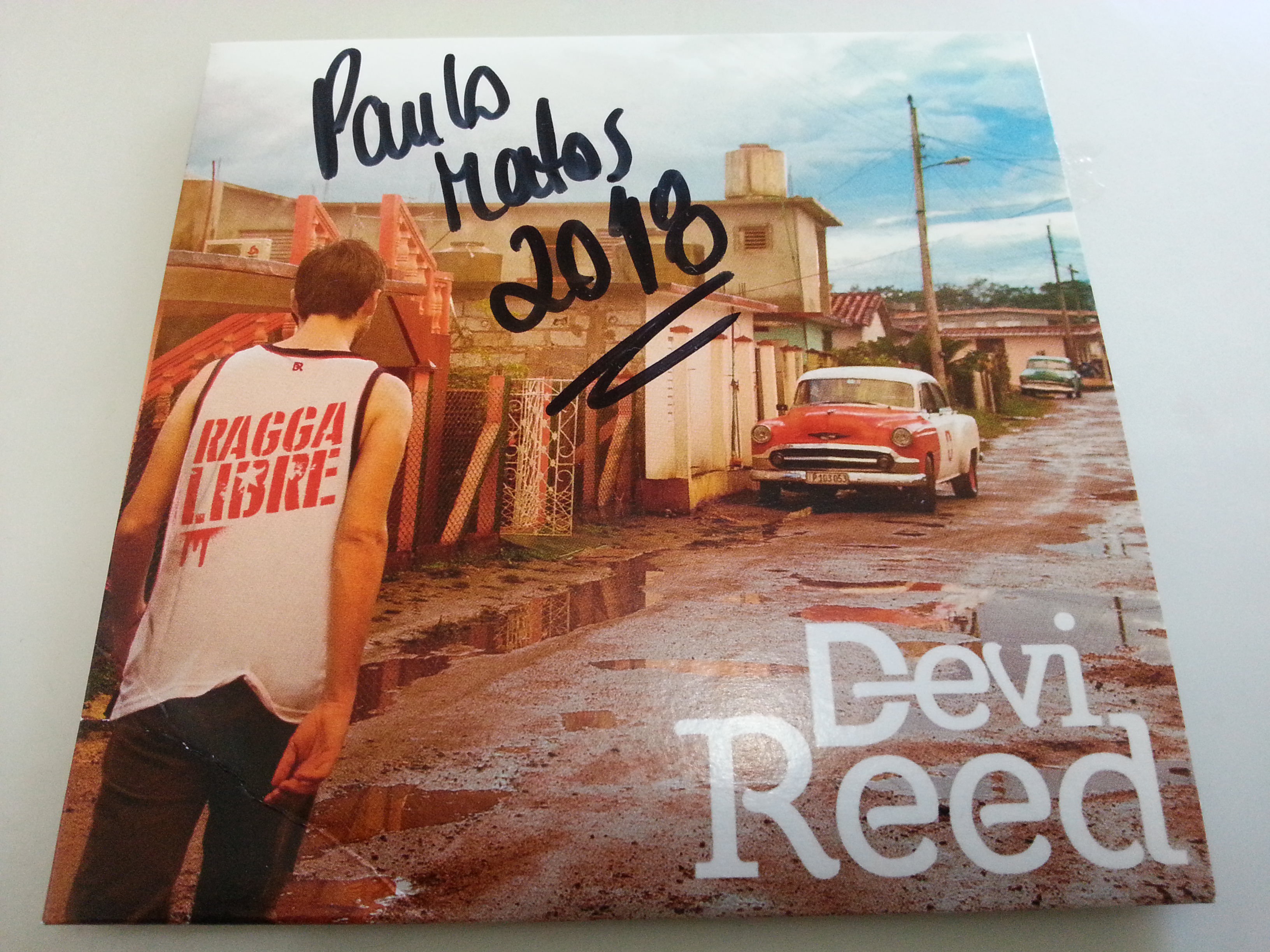