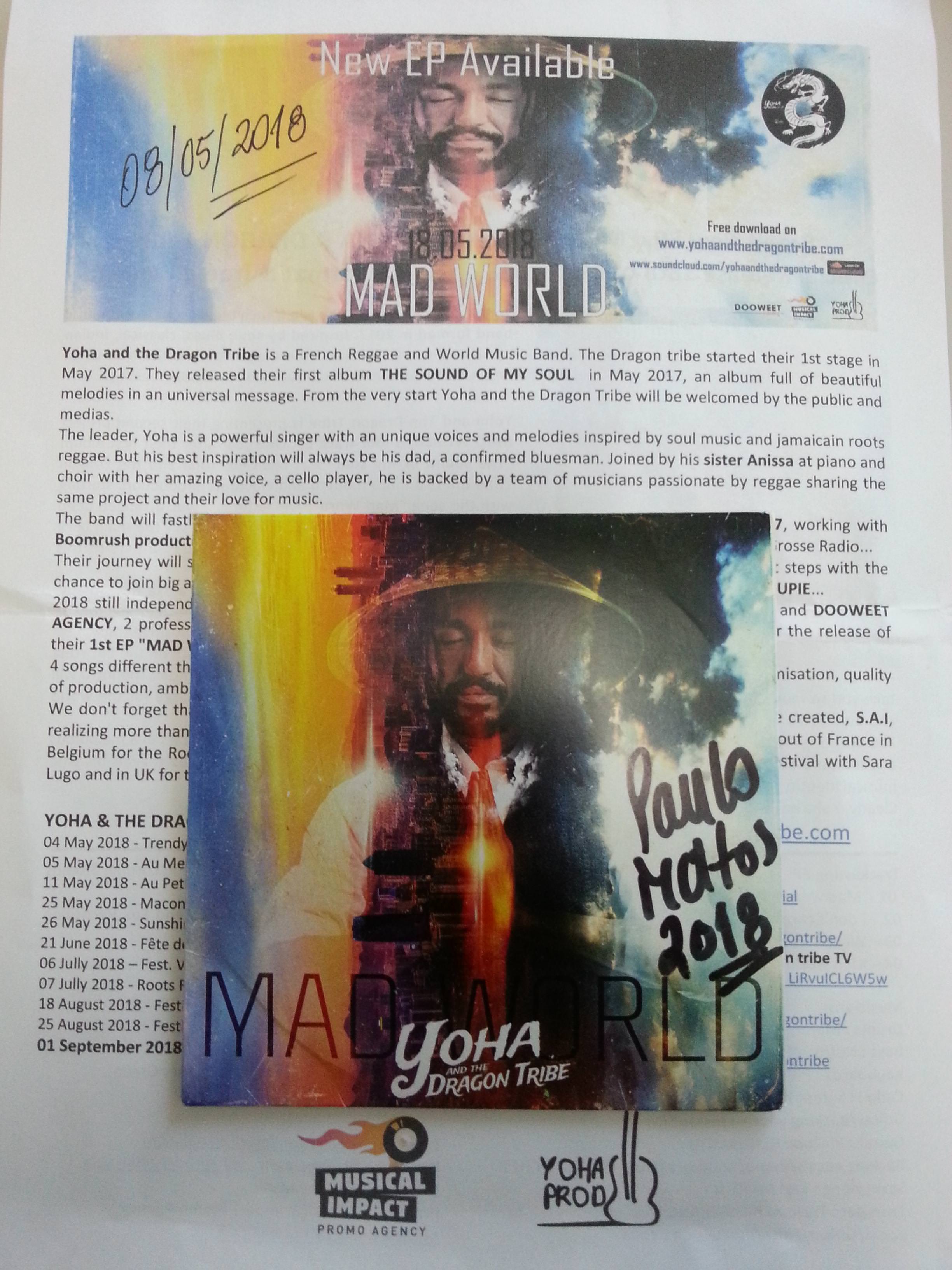 Yoha and the dragon tribe is a Reggae band that can be classified more easily in the World music branch. Accompanied by a cellist (and 2 brass since 2018 present on large stages), the dragon tribe began its first concerts in May 2017.They will release their first album titled THE SOUND OF MY SOUL composed of 10 titles on May 13, 2017. The message of their music is universal and the importance of melody a priority for Yoha and the dragon tribe. Striking hard from their first scenes, we will feel a rise in power in 2018 with a desire to evolve their music in a 4 titles EP called MAD WORLD.Leader Yoha is a powerful, melodious singer inspired by Soul, Jamaican Roots and his father, an informed bluesman. Armed with his flute and his guitar, he is accompanied by his sister Anissa and his incredible voice in the choir and piano and with them a whole tribe of passionate musicians sharing the same project and the same desire.They will be supported by the public and the media very quickly. Nominated from their first year at Reggae Victories, and supported by Boomrushproductions for promotion in Germany, Atlasound, Reggaeville, Reggae.fr, La Grosse Radio and many others.They will begin their adventure by going through beautiful scenes in front of more than 5000 people, clubs and festivals where they will make their first steps and will cotoier artists like Soom T, Chronixx, Vanupie, Jim Murple Memorial ... 2018, always independent, they put the double bites. They will work with the label MUSICAL IMPACT (Label Irie Ites) and with DOOWEET AGENCY to give every opportunity to their EP to be well received and appreciated by the media and the public.Optimization, quality, ambition and experience. Let's not forget, Yoha has known for several years the professional music world with his 1st group SAI he created and where he made more than 400 concerts from 2007 to 2014. 2018 the Tribe of the Dragon fire-eater will have the chance then to be invited to Belgium, England and Switzerland in major festivals and also in France. The adventure is just beginning ...Their 1st album THE SOUND OF MY SOUL has been released on May 13th 2017.Their first ep MAD WORLD will be released on May 18, 2018.

Original, worth to check !

Alinhamento:
1-Mad World
2-I don’t Care of What You Think
3-We Live in a Land
4-Mad World – Special Version 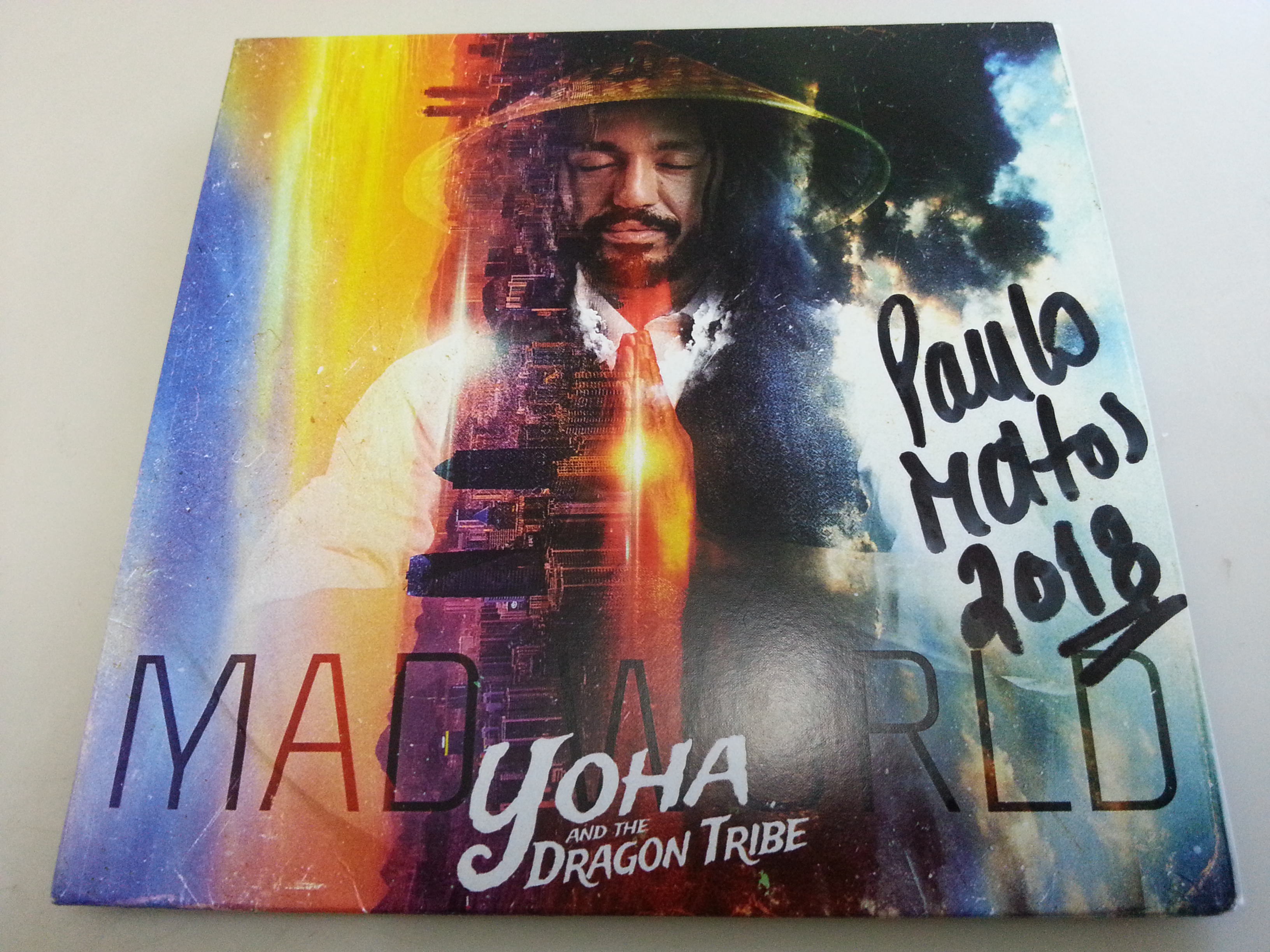 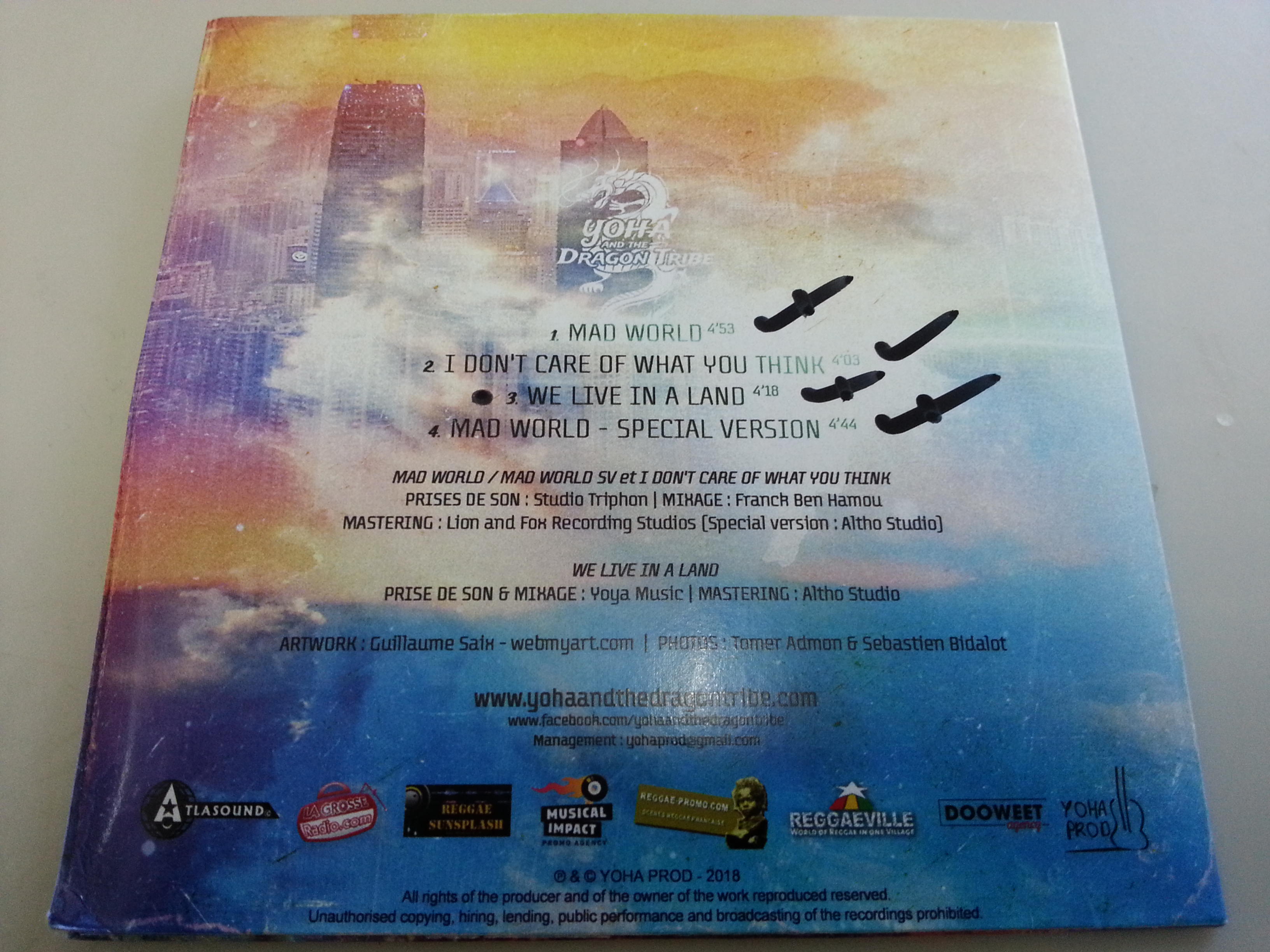