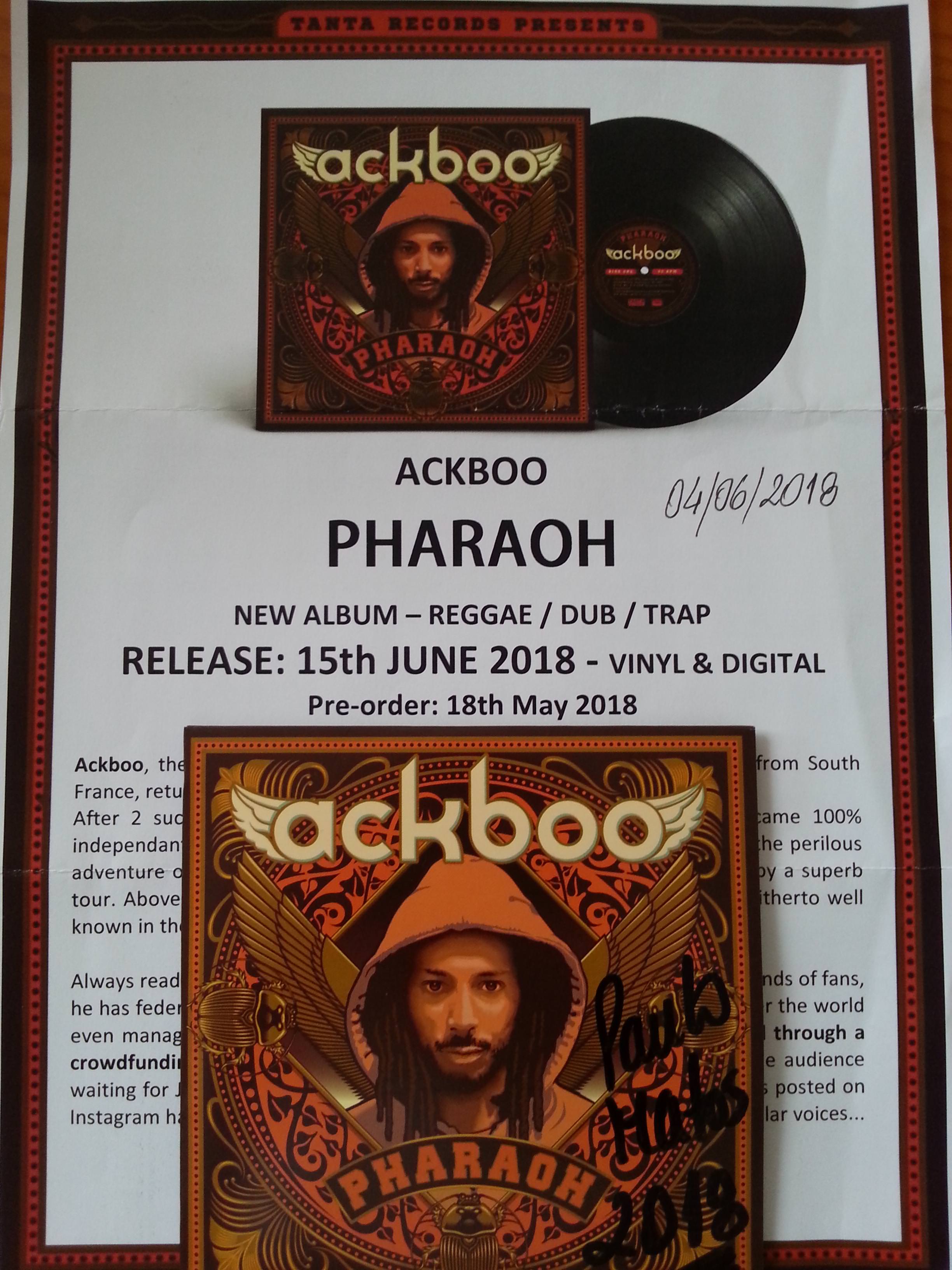 (apenas em inglês)
In 2007, Ackboo appeared on the first CD compilation of the German label 'Phoenix Uplifment' alongside Manutension, OBF, etc. In 2009, the English label 'Roots Youths' released 'Bangladesh Dub', composed entirely, produced, and mixed by Ackboo. This title will be very well received by the specialized press1, and will be broadcast on France Inter in the broadcast Boulibaï Vibrations2, as well as on Le Mouv'3 in 2010.Also author of productions for various actors of the international Dub scene, he is present on the foreign radio playlists and in particular English like Safe Radio or Life Fm. His productions are also played by great Dj and sound systems like Jah Shaka or Iration Steppa.In 2011, the American label Black Redemption released "How Long", maximum 4 titles, which was also well received4 by the public.In 2013, he released his first album "Turn Up The Amplifier" on the French label Hammerbass records. The disc is praised by the public and the press, and will be notably reviewed by Télérama5, Mondomix6, and other mainstream media. necessary]In 2014, he released a new ep titled Pressure Riddim on his label Tanta Records with the participation of Taiwan MC (Chinese Man) and was invited for the second time in a row by the Télérama Dub Festival to propose a live creation with the Bush Chemists. Several dates in France including Marseille, Lyon, Bordeaux and Paris.In 2015, Ackboo produced Mexico in Dub, a single whose profits are donated to a charity for disadvantaged children in Mexico. He plays at the Dour7 Festival the same year.In 2016, spell Invincible, the second album. The disc is ranked several days in top Reggae France on iTunes8 and is rated "FFF" by the magazine Télérama9.In 2017 Ackboo leaves label and manager and becomes independent. The same year, he manages to mount an international tour alone and composes a new album.At the beginning of the year 2018, he manages to raise nearly 12,000 euros thanks to a crowdfunding campaign to produce his 3rd album: Pharaoh. This album will be released June 15, 2018 and is distributed by Patate Records, emblematic figure of the Parisian scene.
PS: Youth Nation feat. Marcus Gad, Goodness feat. Sr. Wilson ! 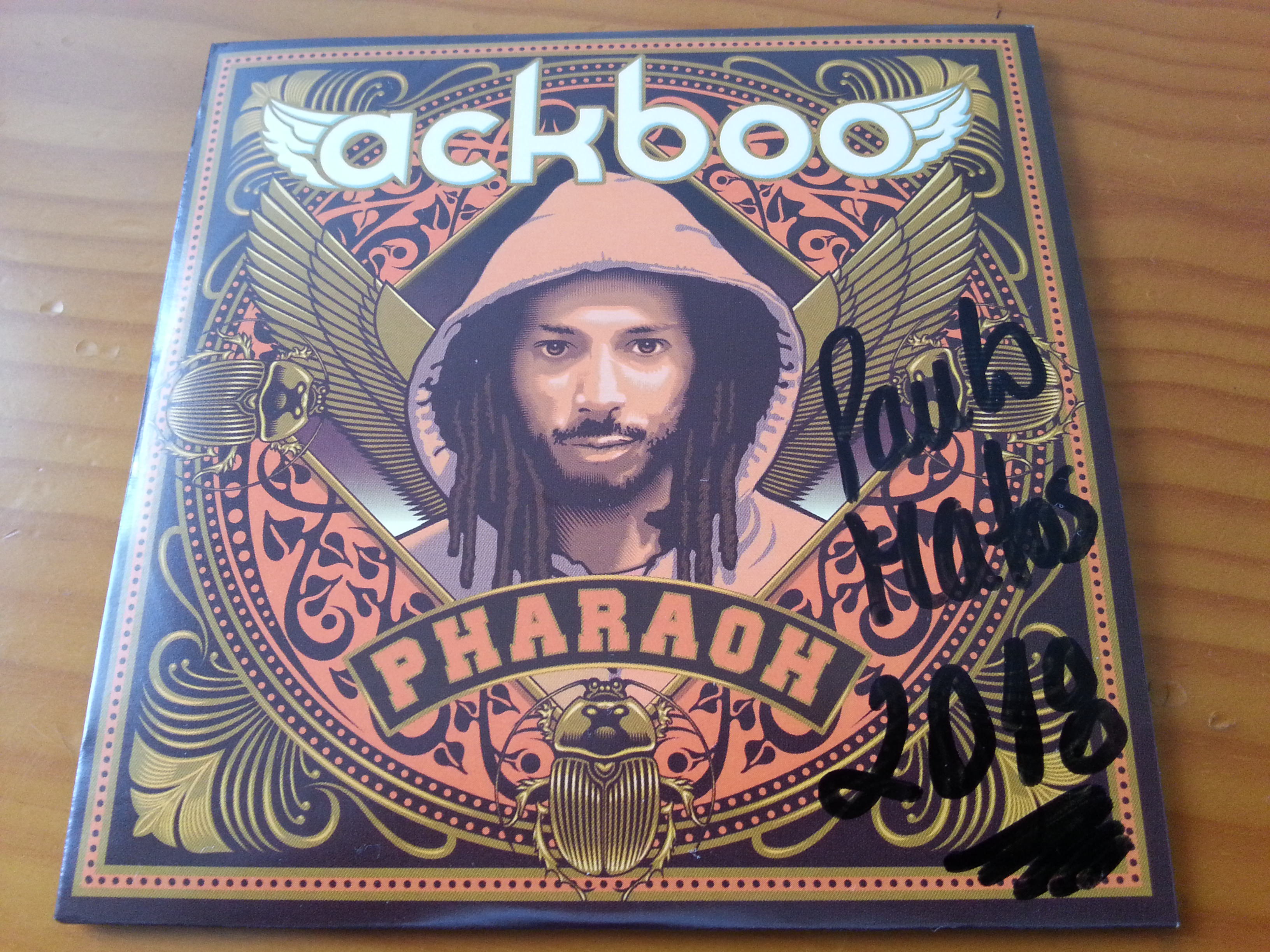 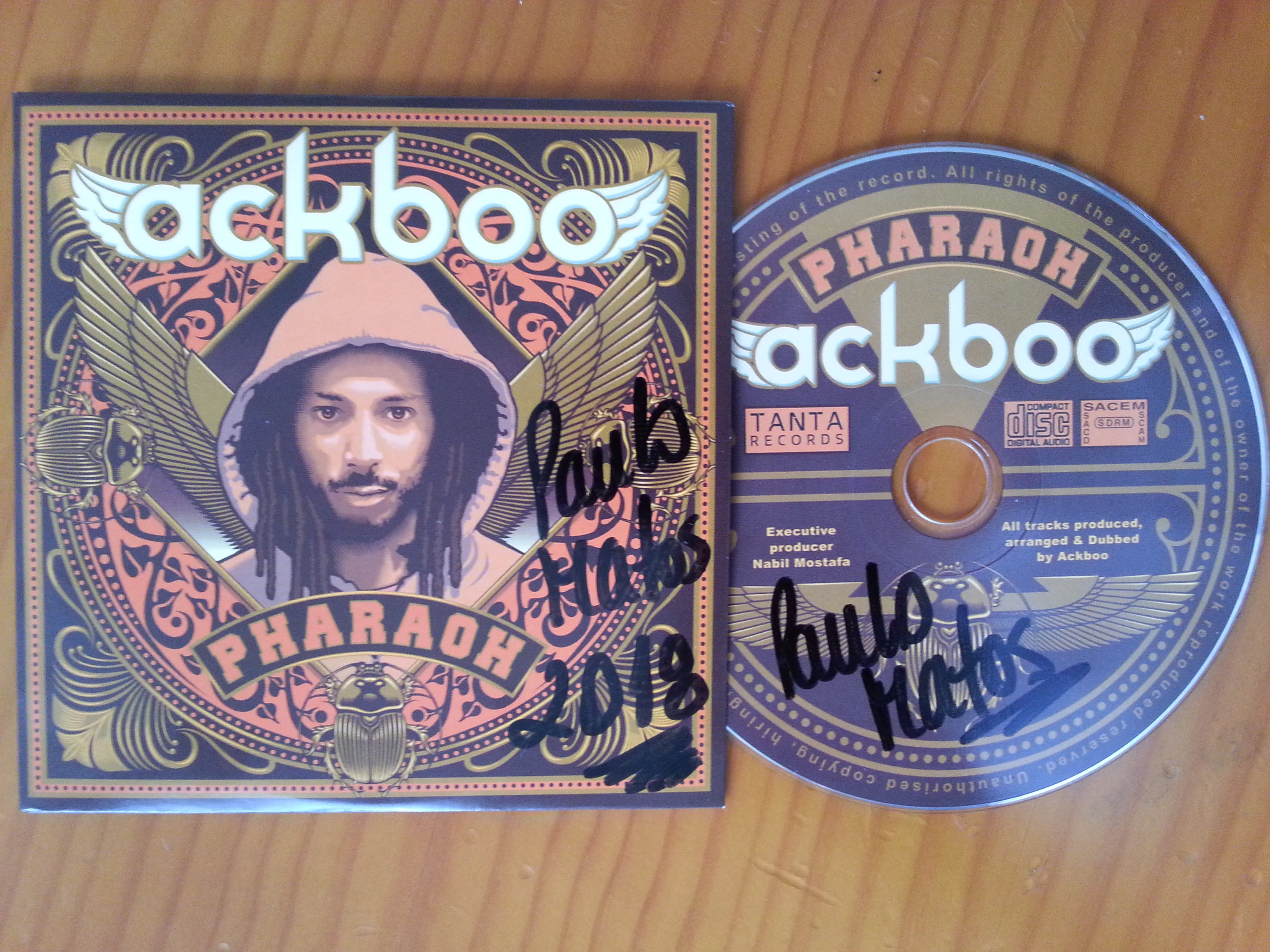 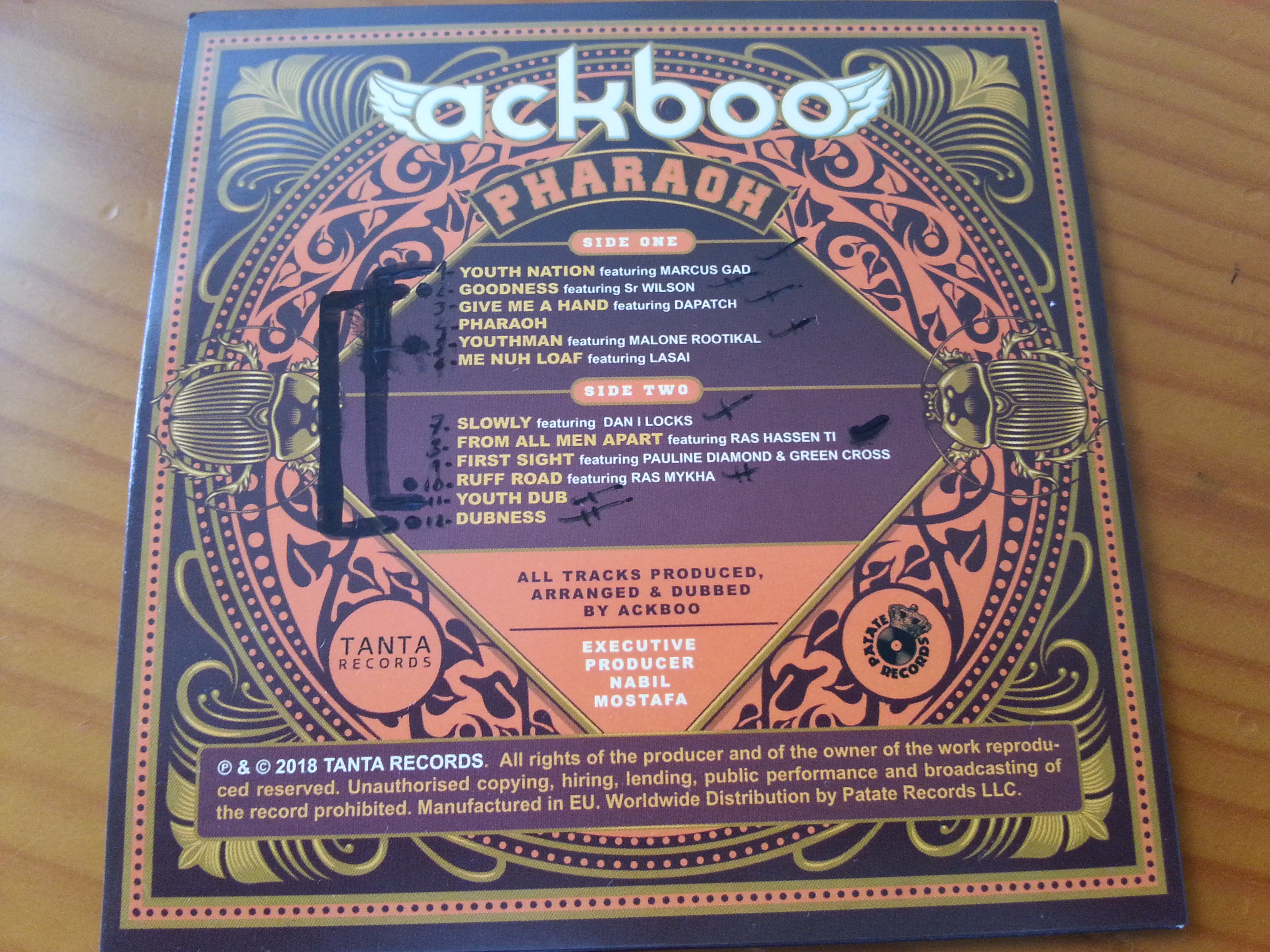