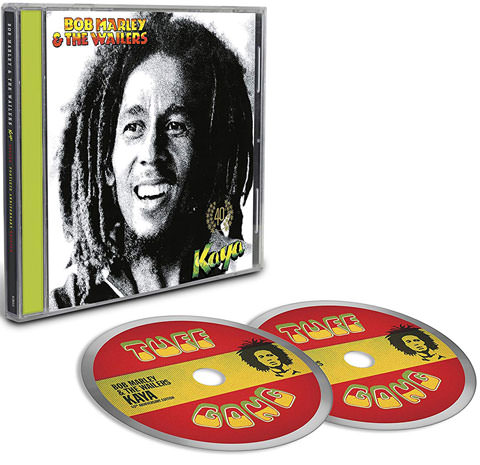 On the 24th of August, The Marley Family, Island Records, and UMC will collectively proclaim the sun is shining in celebration of 40 years of Kaya, Bob Marley & The Wailers’ historic March 1978 release. The album's themes of love and peace have resonated across the world and the record reached the top 5 in the UK albums chart upon original release.

This most special anniversary edition will feature Stephen “Ragga” Marley’s exciting and vibrant new “Kaya 40” mixes of all ten tracks from the original album alongside its original mixes in 2CD and 180-gram 2LP configurations. (The digital version will be a standalone release of Stephen’s mixes only.) The album will also be available as a limited edition 180-gram 2LP green vinyl version exclusively at BobMarley.com.

Recorded in London concurrently with the material that ultimately comprised 1977’s Exodus — a record proclaimed by Time Magazine in 1999 to be the Best Album of the 20th Century — Kaya is the perfect sonic-sibling bookend that shares all the joy, spirit, and literal DNA of some of Marley’s most ground-breaking material. Kaya contains a number of the most enduring, heartfelt songs in the entire Marley canon, including “Is This Love,” “Easy Skanking,” and “Sun Is Shining".

Kaya was initially released just one month ahead of Bob Marley & The Wailers headlining the legendary One Love Peace Concert at The National Stadium in Kingston, Jamaica on 22nd April 1978, an event that featured 16 of reggae’s biggest acts. One Love Peace was heralded as Marley’s triumphant return to his native soil, following his long exile in London after having fled the country as a result of a December 1976 assassination attempt at his Kingston homestead. 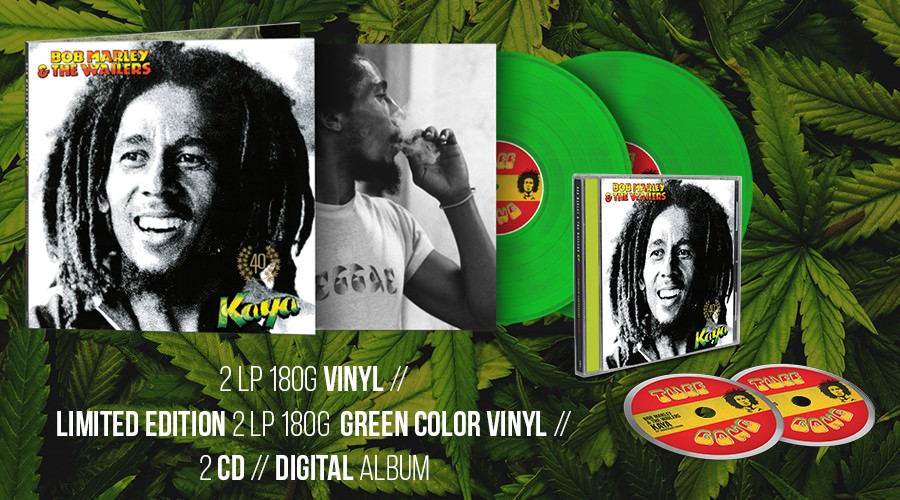 The album was recorded with the then-new configuration of The Wailers that comprised brothers Carlton and Aston “Family Man” Barrett on drums and bass, Tyrone Downie on keyboards, Alvin “Seeco” Patterson on percussion, and the I Threes — Rita Marley, Marcia Griffiths, and Judy Mowatt — on backing vocals, along with newest member Julian (Junior) Marvin on guitar. Two of Kaya’s songs had previously appeared in different arrangements on 1971’s Soul Revolution — the title track, and “Sun Is Shining.”

Stephen's goal in mixing Kaya 40 was to create a balance that drew heavily from the original versions. Using Bob’s vocals from demos from original Kaya sessions that were recorded at different tempos, Stephen synched the vocals with alternate takes and layered it over different instrumental arrangements. Stephen tried to keep the flavor as authentic as possible. To mix the album, he used a similar minimal approach, basing his version heavily off the classic analog concepts they used in the 1970s.

Bob Marley’s artistic legacy forever endures, and the 40th anniversary edition of Kaya only serves to reinforce just how much we all share the shelter of this special music.