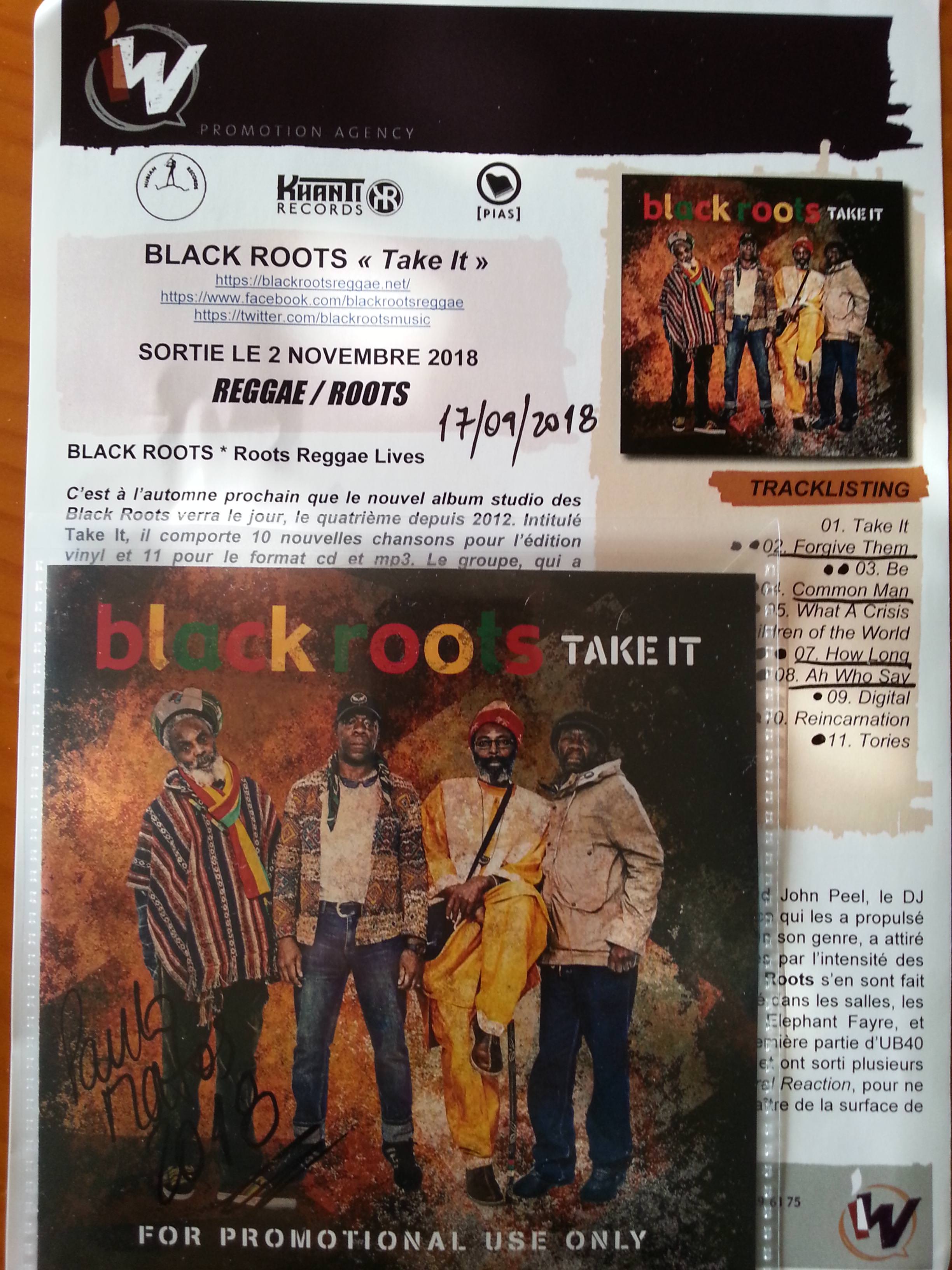 (apenas em inglês)
BLACK ROOTS * Roots Reggae Lives
Next fall, the new Black Roots studio album will be released, the fourth since 2012. Titled Take It, it includes 10 new songs for the vinyl edition and 11 for the cd and mp3 format. The group, which has dedicated this album to the youth, explains that "all these songs were inspired by the negligence in which young people stray into the jungle of capitalism, shoot their brothers and sisters without hesitation, and by the violence that emanates from the mentality of our so-called political leaders. And it is especially the title of the song Take It that summarizes the general idea, where money passes before humanity, contrary to what advocates Jahjah, the all-powerful god, Rastafari. Yes, it's still this classic roots, composed of beautiful voices and harmonies marked by a powerful section of copper, spreading over an intense and deep rhythm section, which delivers a conscious message. They will not disappoint fans of traditional reggae roots in search of inspiration and guidance.
The band formed in 1979 and exploded the roots reggae scene in 1981 when John Peel, the DJ. The legendary BBC Radio 1 showcased their debut EP on their show, propelling them into some of the best new UK reggae bands. Their unique roots reggae style attracted people in search of a voice denouncing the injustices and alienation caused by the intensity of political reforms in Thatcher's England. The uncompromising lyrics of the Black Roots became the mouthpiece of the 1980s. Since their beginnings, they have shot a lot in theaters, clubs, high schools and universities, regularly participated in Glastonbury, WOMAD, Elephant Fayre , and other major festivals. In 1984, they made their debut on the continent by performing the first part of UB40 during their European tour, made several appearances on radio and television, and released several albums at that time (Black Roots, The Frontline, In Session, All Day All Night, Natural Reaction, to name a few). But everything calmed down in the early 90s. The group seemed to disappear from the surface of the earth and for more than 10 years, we heard more about them.
Their reappearance was orchestrated by Makasound (France) who, after getting closer to the group, bought back the rights and brought out part of their catalog, On the Frontline in 2004 and In Session in 2007. A work followed by two other re-releases in 2011 at Bristol Archive Records (UK): a compilation of their singles, The Reggae Singles Anthology, and a reissue of their CD All Day All Night.
But what's important to remember is that the band started recording new compositions on their album On the Ground, released in 2012 at Sugar Shack Records. This is their first studio album since 20 years, which paved the way for two more releases at Soulbeats Records (France), Ghetto Feel in 2014 and Son of Man in 2016. These recordings stood out, once more, by the denunciation of the injustices and alienation at work today in a Europe more and more facing the far right and where the rights of men have continued to decline.
Armed with harmonious voices backed by a powerful and melodic roots reggae rhythm that is all their originality, their committed and uncompromising message has been heard in many of the festivals they have performed: Bristol Veg Fest, Glastonbury, Lambeth Country Show at Brockwell Park (London), I'll Be Your Mirror of the ATP provided by Portishead at the Alexandra Palace (London), Garance Reggae Festival (Bagnols-Sur-Cèze), Banlieues Bleues Jazz Festival (Paris), Reggae Sun Ska (Bordeaux ), Nomade Reggae Festival Frangy and Nancy Jazz Pulsations (France), Dour Festival and Afro C (Belgium), Ostroda Reggae Festival (Poland), Octopode Festival (Geneva), Sardinia Reggae Festival (Italy), and Rototom Reggae Sunsplash (Spain) to recite nobody else but them.

One of the best albums of the Year ! 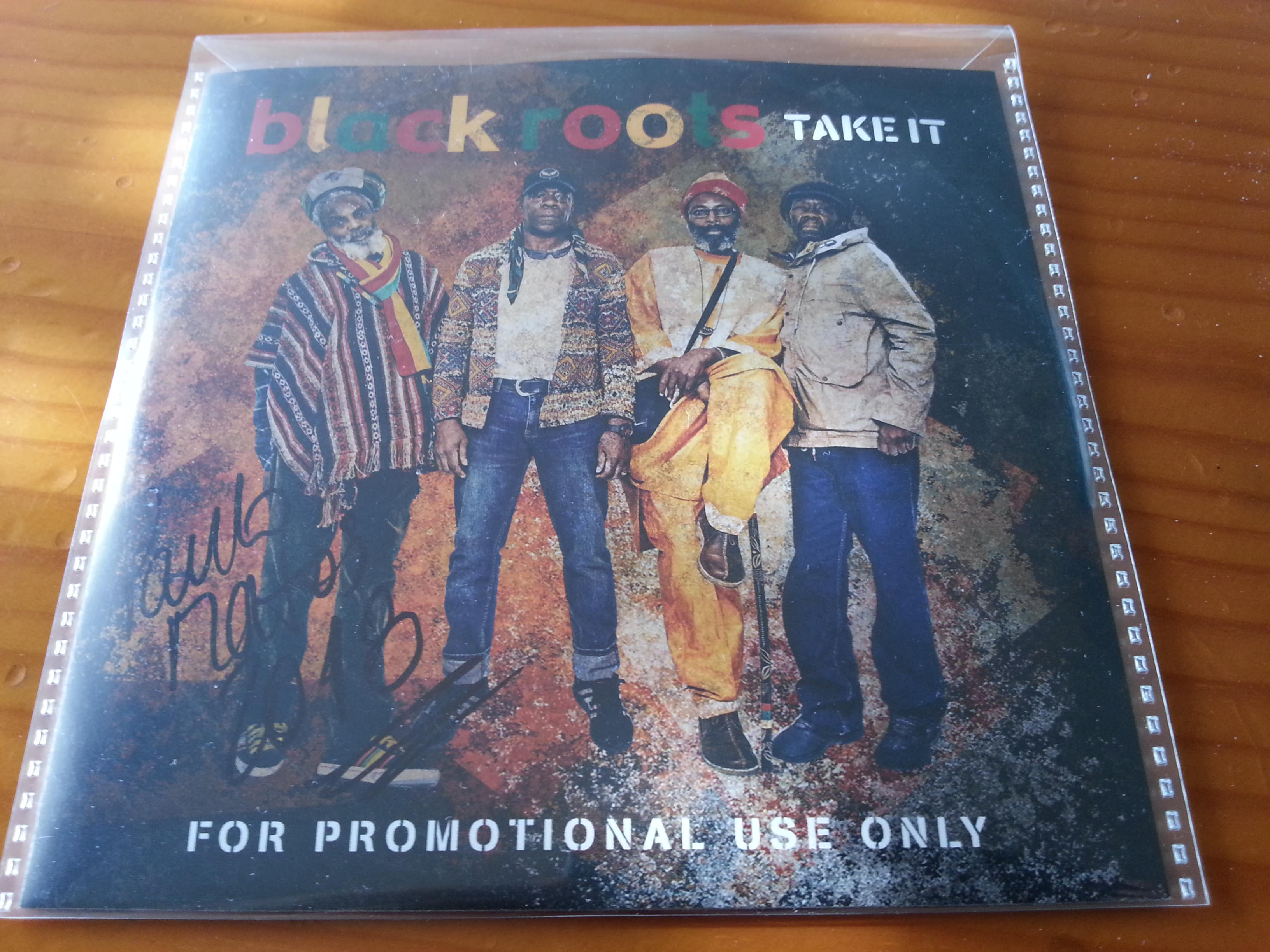 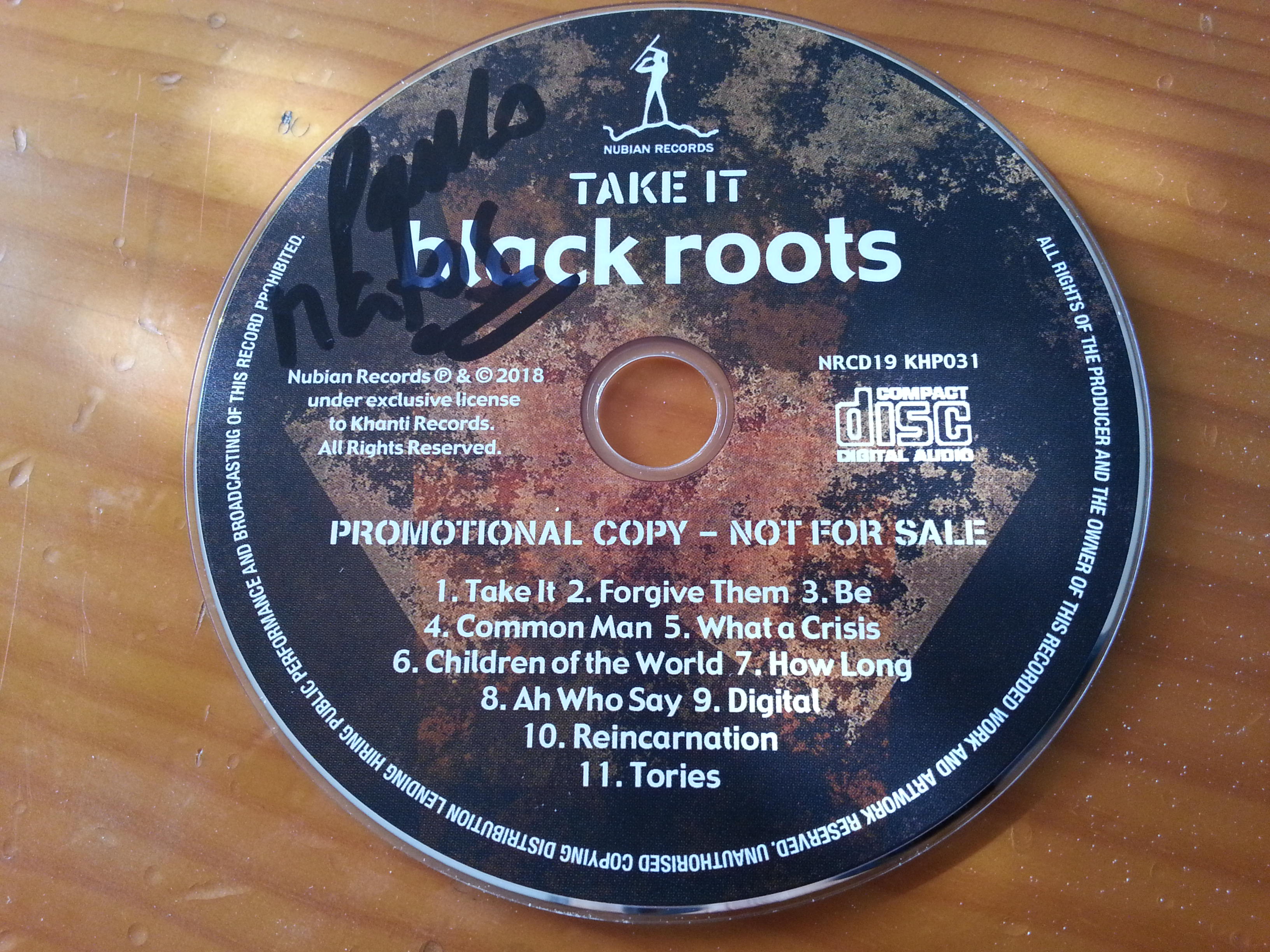 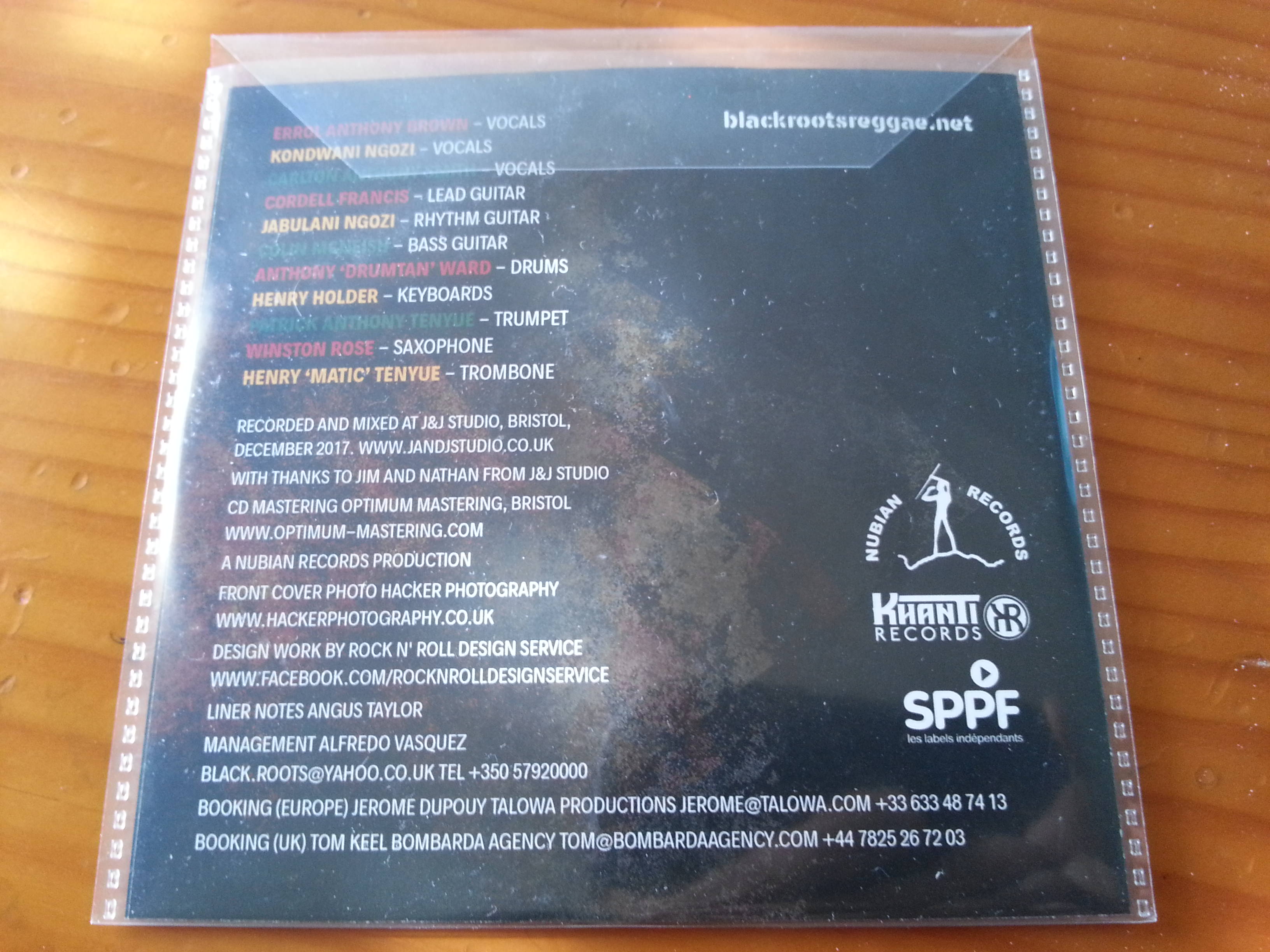