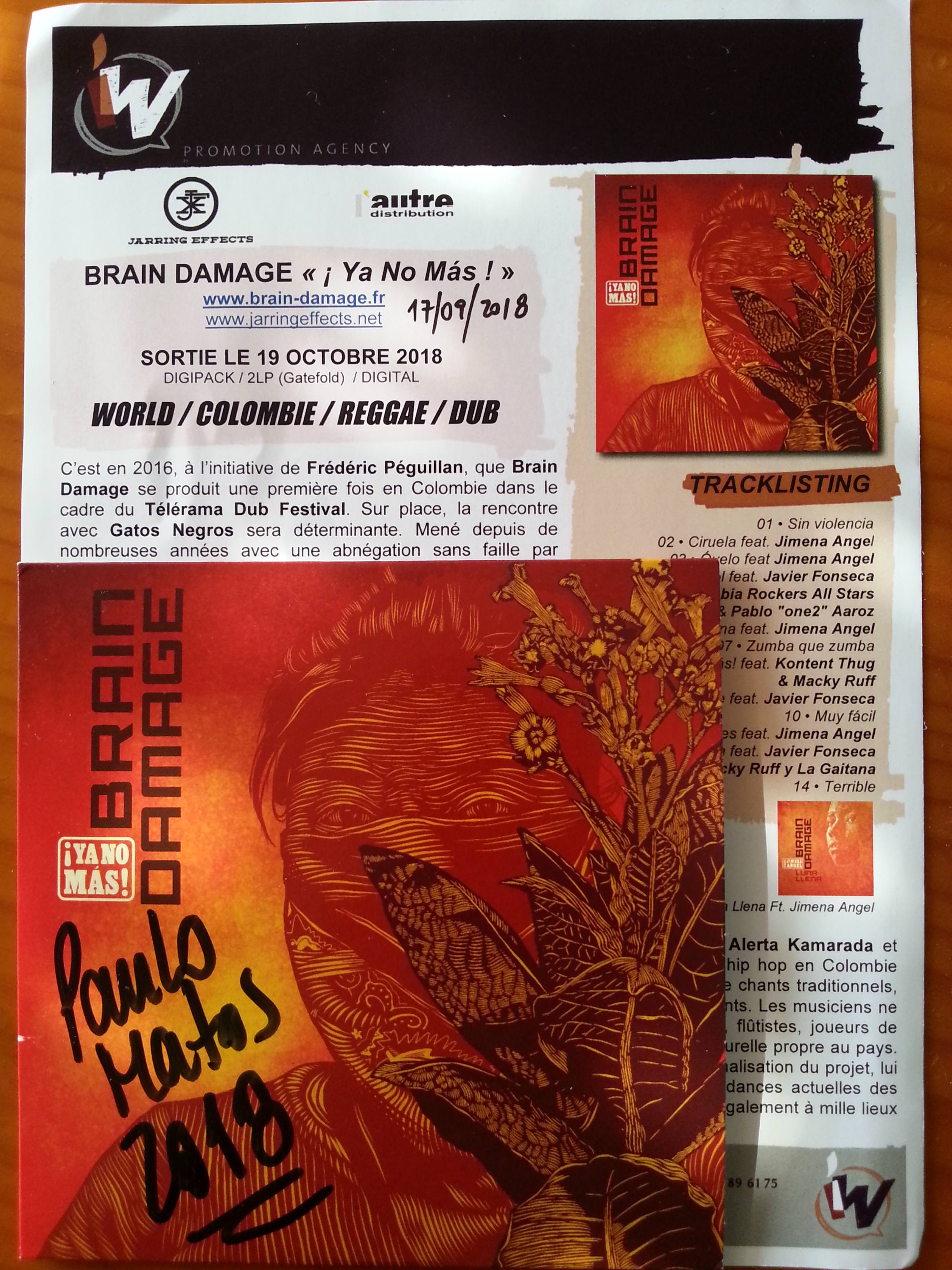 (apenas em inglês)
In 2016, at the initiative of Frédéric Péguillan, Brain Damage performed for the first time in Colombia as part of the Télérama Dub Festival. On the spot, the meeting with Gatos Negros will be determining. Led for many years with a flawless devotion by Macky Ruff and La Gaitana surrounded by aspiring or legendary artists, as well as many socio-cultural actors, the collective intervenes daily in some of the forgotten neighborhoods of Bogotá, with a disillusioned youth, yet constituting a large majority of the population. A joint creation is immediately envisaged, and fruitful studio sessions take place spontaneously with some of the most atypical artists of the capital.
A year later, this time supported by the label Jarring Effects, Martin Nathan returns on the spot as part of the year France-Colombia, with the idea of ​​continuing to carry out this project, far from glitter and everything which shines, accompanied by the photographer Romain Etienne of the collective Lyonnais Item, for a setting in original and subtle image. New meetings are held in marathons studio sessions, to complete a dream cast.
Then, in the recording booth of pioneers like Javier Alerta Kamarada and Kontent Thug, having respectively imported for the first time reggae and hip hop in Colombia in the 90s, Jimena Angel, pop icon with a world-class voice , fond of traditional songs, as well as Macky Ruff and La Gaitana themselves, for militant hymns. The musicians are obviously not left out with the presence of percussionists, trombonists, flutists, harp players, marimbas, worthy representatives of ancestral knowledge and a cultural diversity peculiar to the country.
It is with this raw material that Martin Nathan reinvests his own studio for the finalization of the project, giving it an unexpected orientation, as usual, at odds with current trends of reggae and dub scenes of the moment, crushed by Anglo-Saxon influences, but also a thousand places electro-cumbia shots that flourish here and there in recent years.
Because this is a new album Brain Damage which is the 14th, never really where it is expected, always against the current. Latin ballads falsely lo-fi, improbable mergers of digital techniques and centuries-old traditions, aesthetic licked for highlighting raw texts and claims, all the ingredients are there for a new UFO album, unique, telling the story of a contrast between the cultural wealth of a country and the harshness of its daily life ..
The artwork was created by Oscar Gonzàlez aka Guache, one of the leading artists of the new street art scene in Colombia, drawing its roots in South American culture and bringing a breath of modernity. 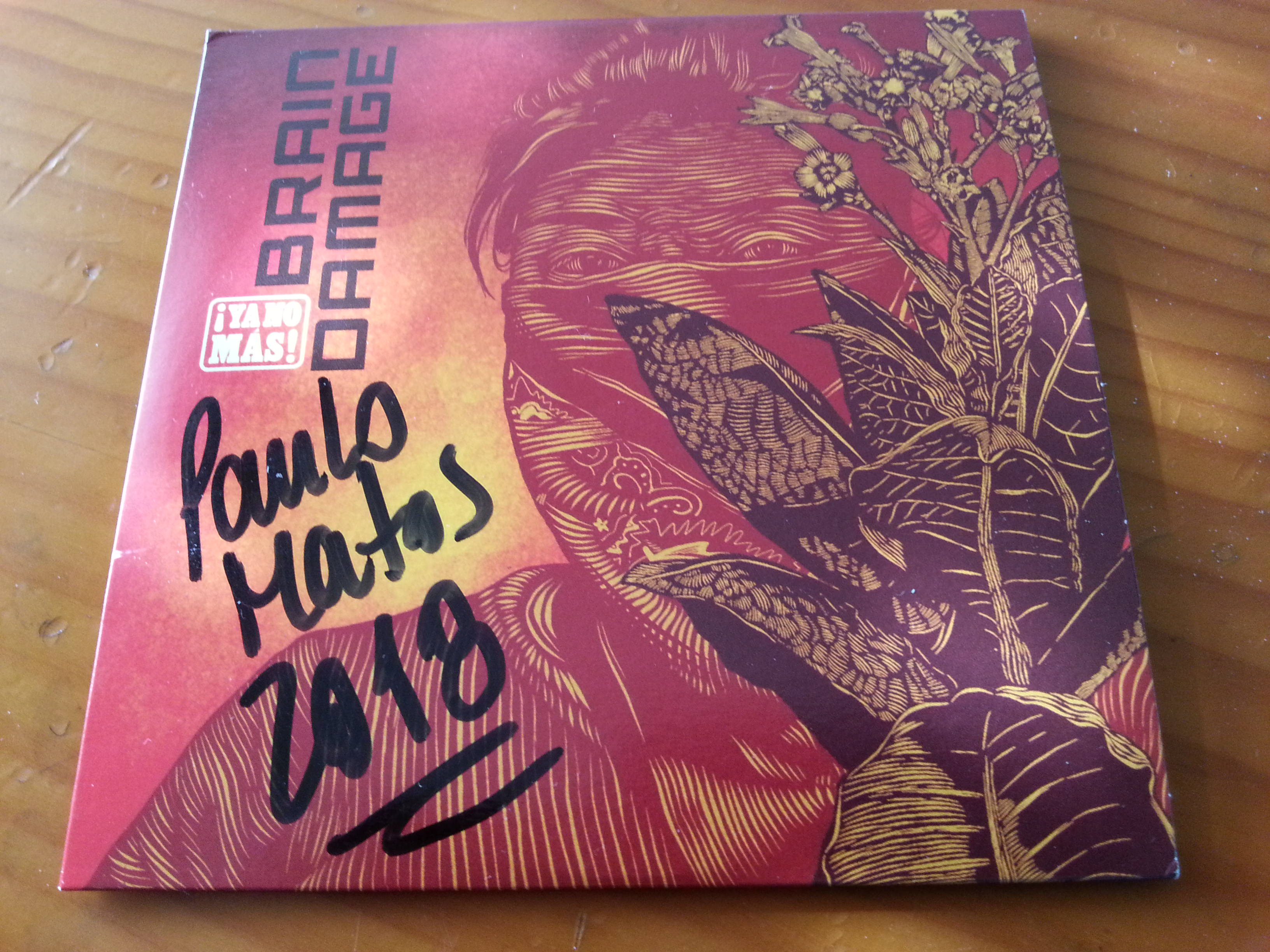 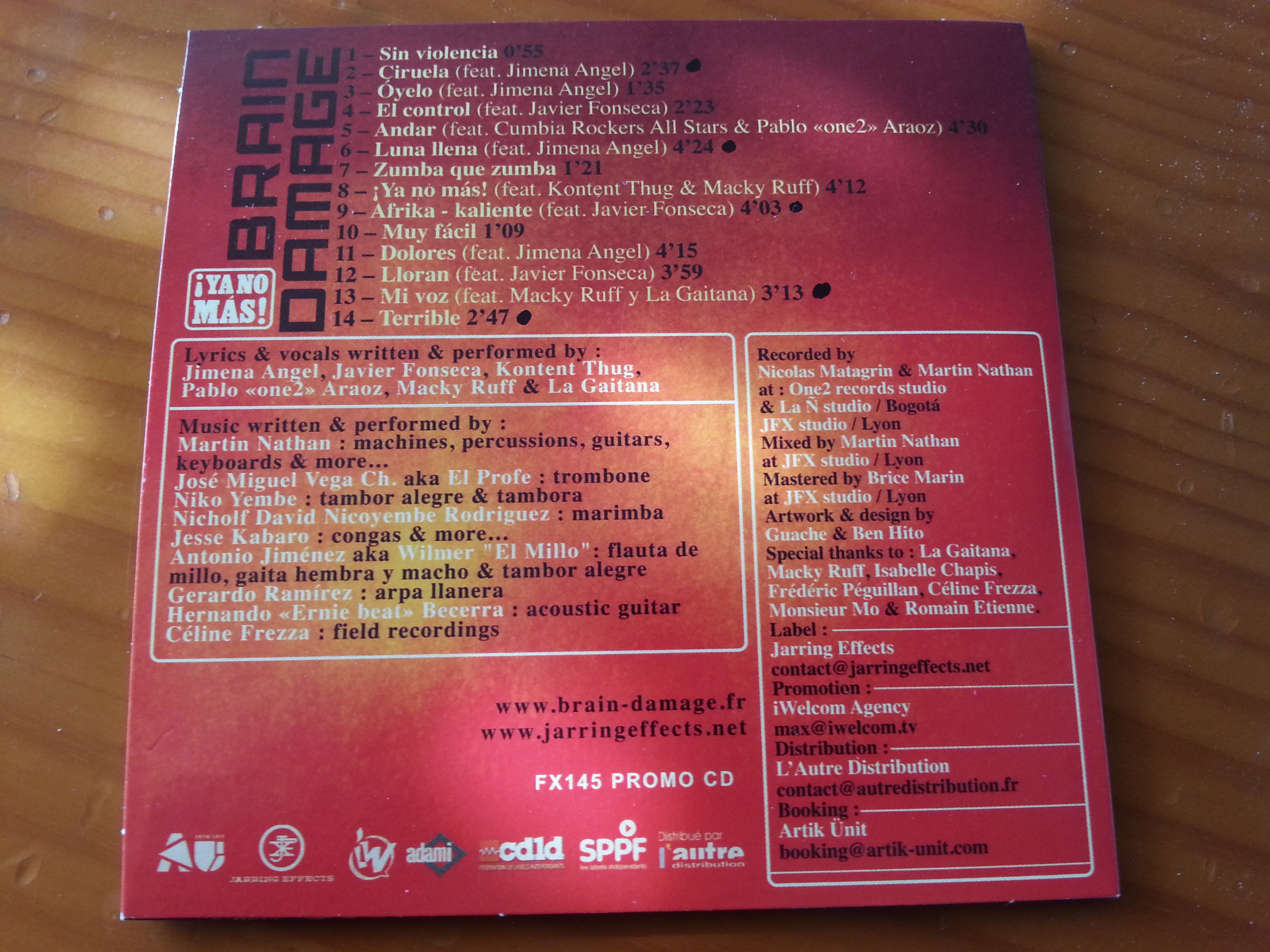