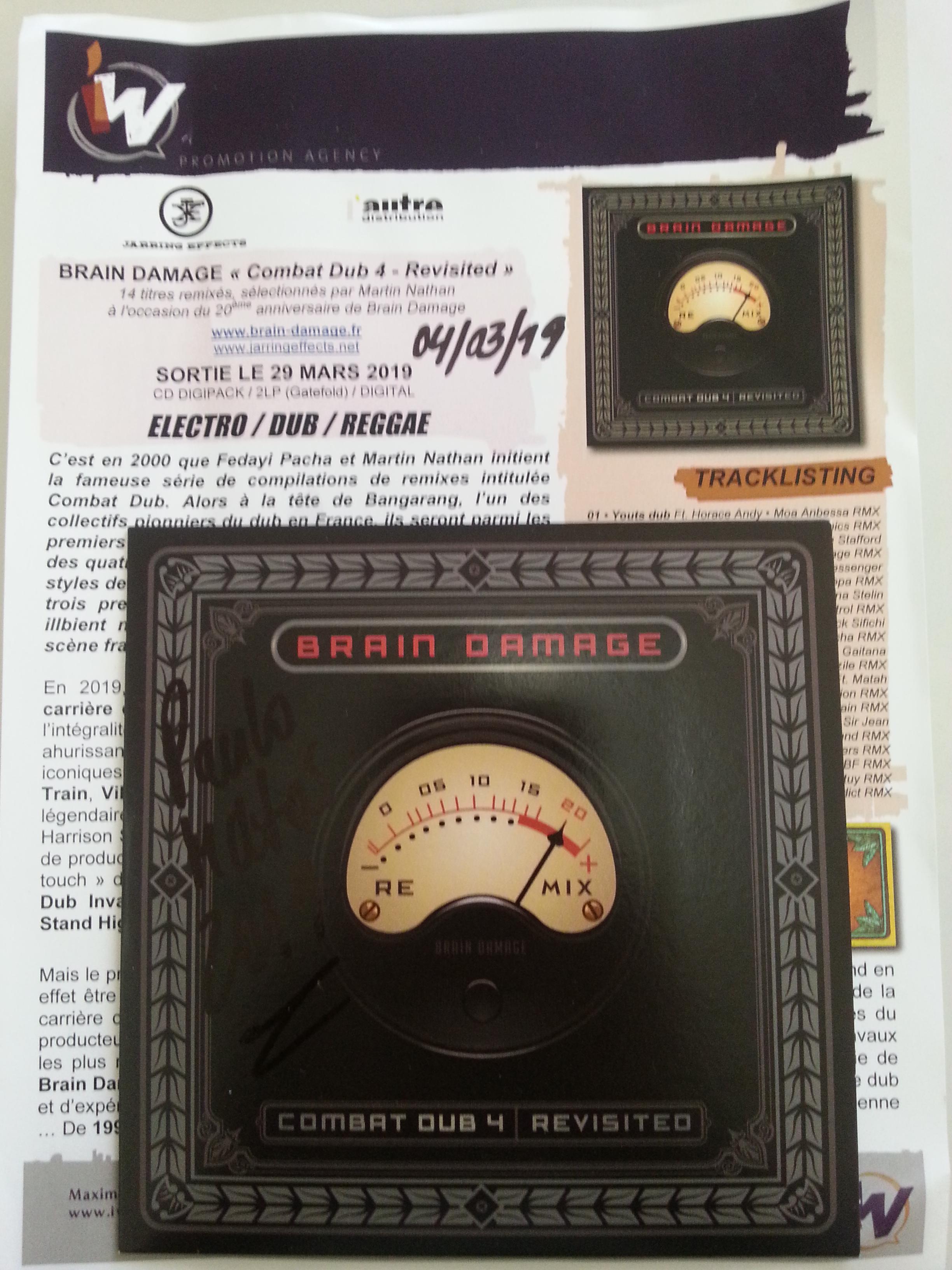 It was in 2000 that Fedayi Pasha and Martin Nathan initiated the famous series of compilations of remixes entitled Combat Dub. Then at the head of Bangarang, one of the pioneering collective dub in France, they will be among the first to import the work of many artists from around the globe. Almost all the different styles of contemporary dub will be represented in the first three volumes, from sound system UK to dub illbient New York, without forgetting the foundations of the French scene ...
In 2019, on the occasion of the celebration of Brain Damage's 20-year career, Martin Nathan opens the entire catalog. He then creates a breathtaking cast, essentially made up of iconic producers and leaders of the international dub such as Zion Train, Vibronics or OBF ... but also legendary and charismatic singers (Horace Andy, Willi Williams, Harrison Stafford ...). There is obviously a strong presence of French producers, all builders of this "french dub touch" now worldwide, such as Zenzile, Dub Invaders (High Tone), Dub Addict (Kaly Live Dub), Stand High Patrol, etc ...
But the project obviously goes beyond the idea of ​​a simple juxtaposition of prestigious names. He intends to reflect 20 years of collaborations, crazy projects and meetings that have made the Brain Damage career something unique. All the different artistic periods of the producer, and each of his 14 albums, are represented, from the first years to the most recent works. Combat Dub 4 takes the form of a condensed Brain Damage discography, revisited by 14 of the most influential producers of their generation. 20 years of dub and experimentation ... From Bogotá to New York, from London to Guadalajara, from Kingston to St Etienne ... From 1999 to 2019 ... Happy birthday ... dubwise! 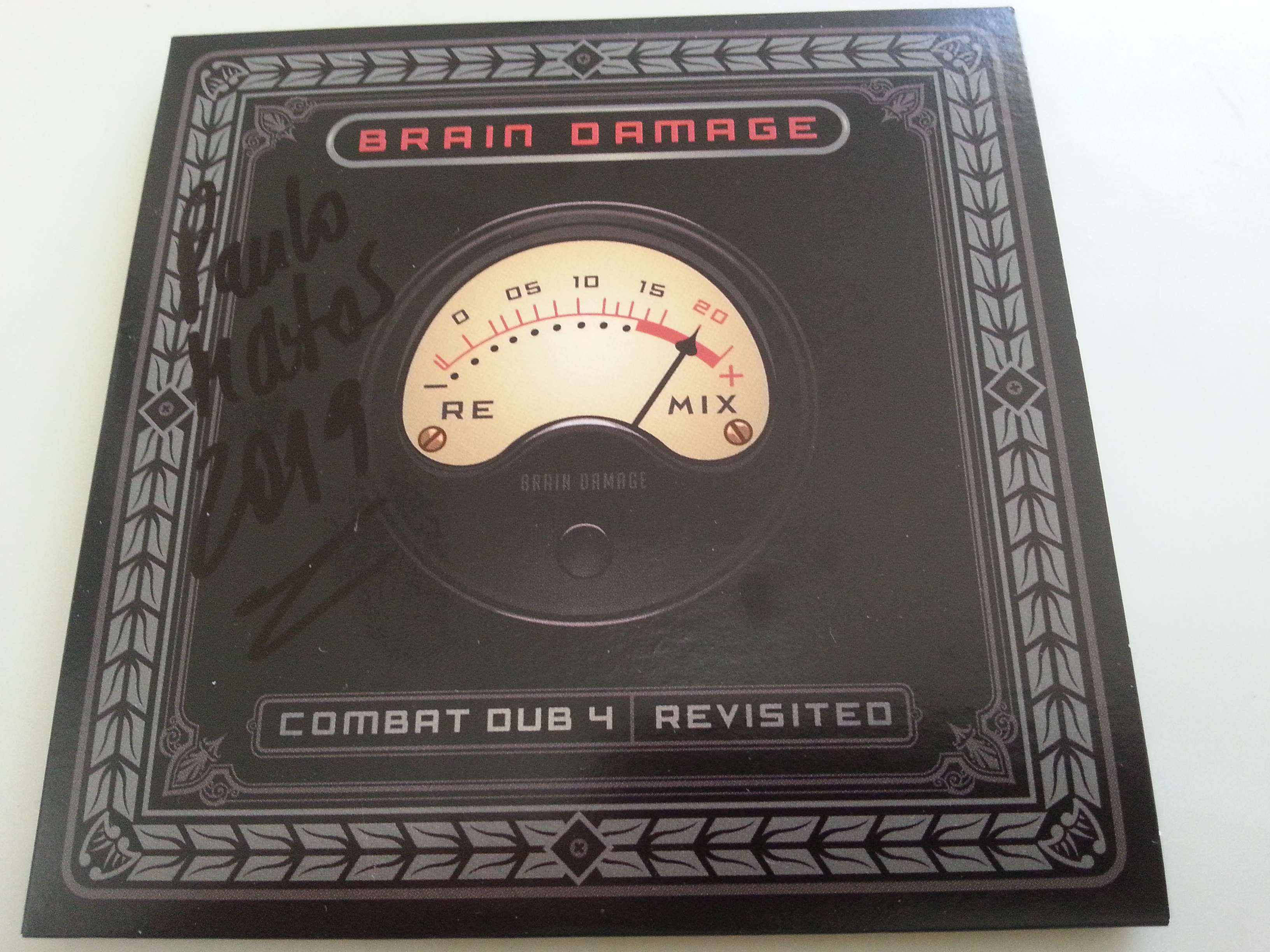 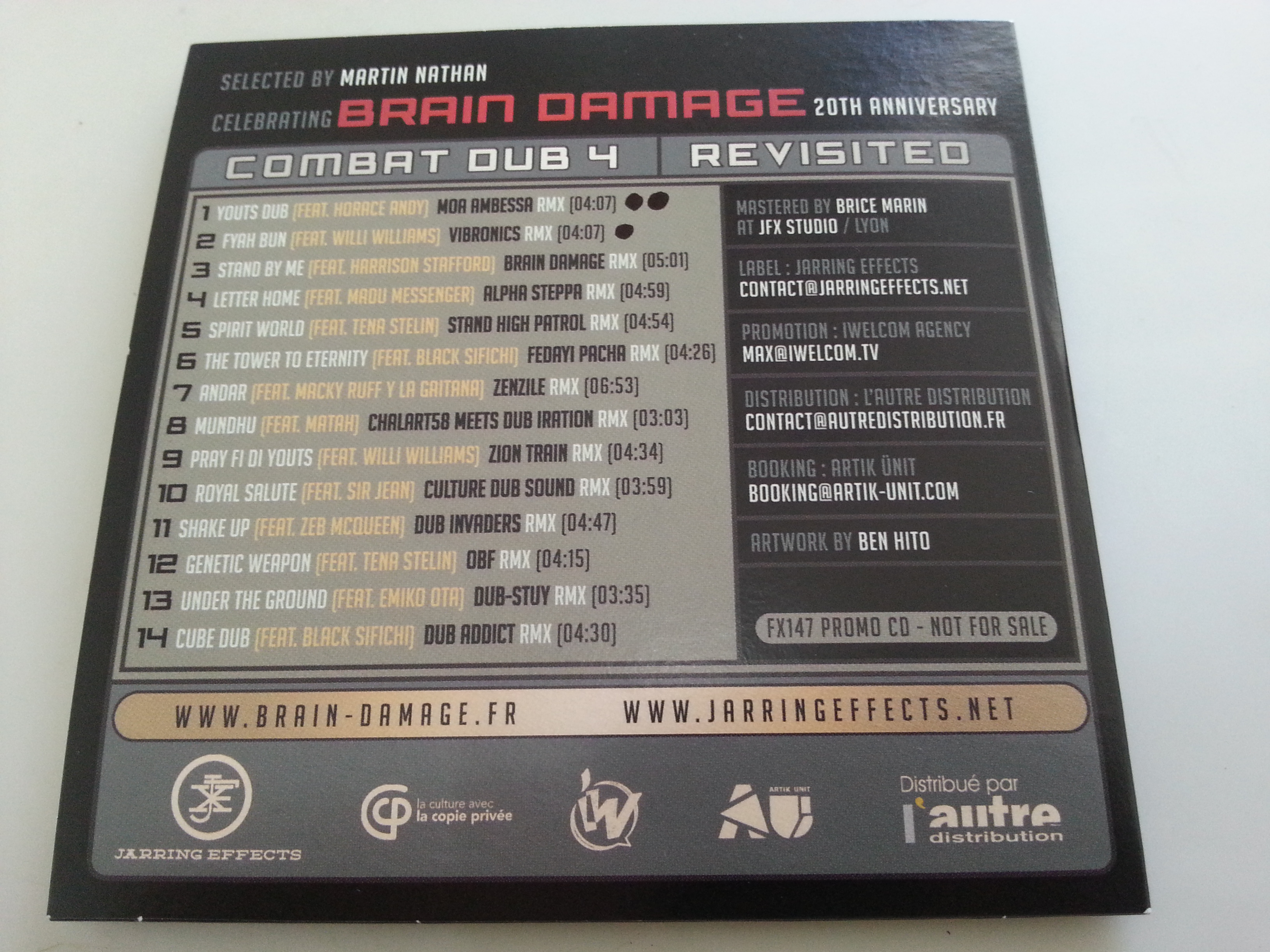