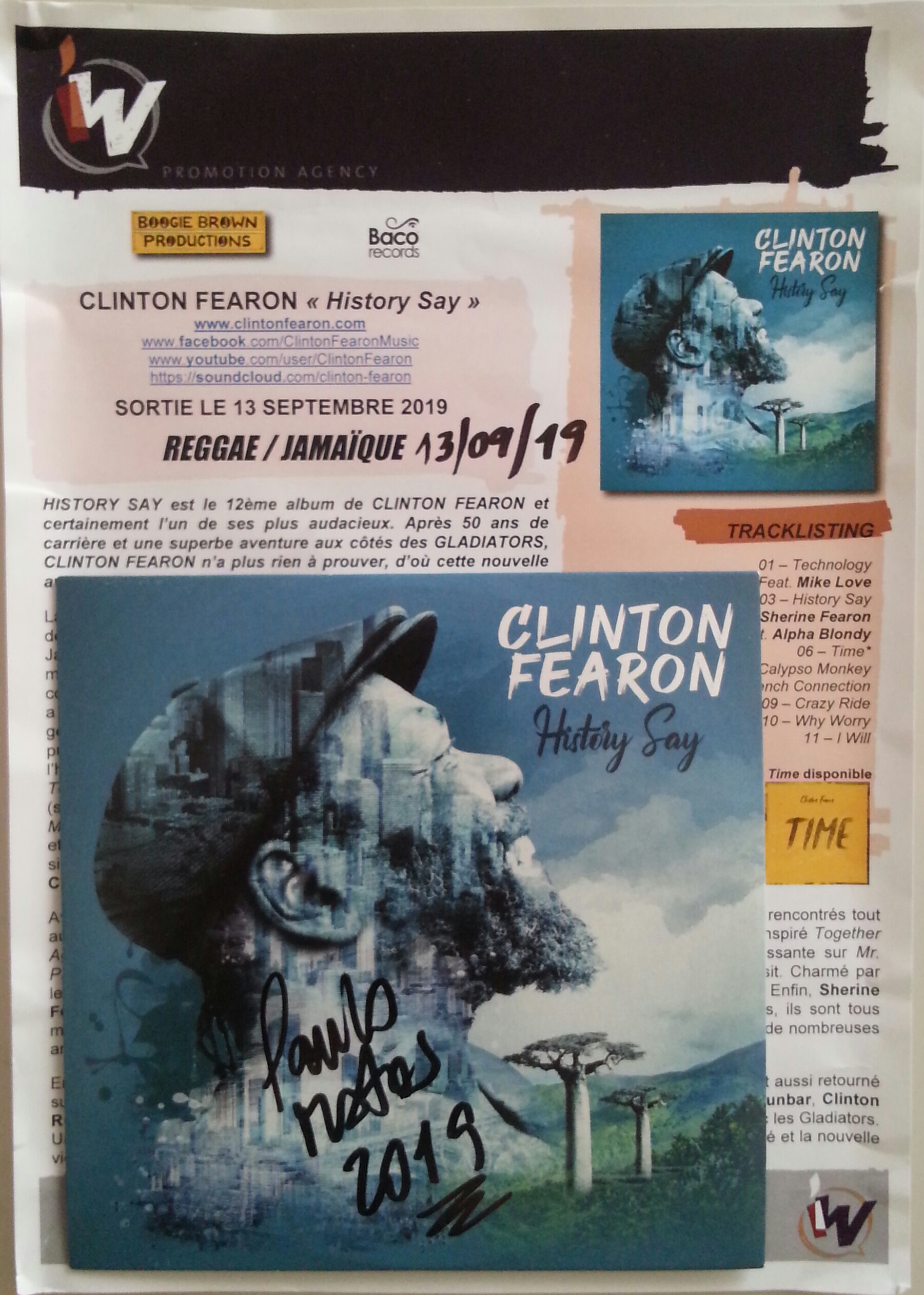 (apenas em inglês)
HISTORY SAY is the 12th album of CLINTON FEARON and certainly one of his most daring. After 50 years of career and a great adventure alongside the GLADIATORS, CLINTON FEARON has nothing to prove, hence this new musical adventure he offers us.

The production of this album took longer than usual, enough to offer eleven new very personal titles in which the Jamaican describes the world that is changing before his eyes, a world to which he must adapt, that he must in any case try to understand and tame. Since his first notes in 1969 he has learned a lot about music, business, politics, people, and especially learned to know himself. The lessons he has learned from his journey have forged his story, and he hopes that humanity will do the same. New technologies on Technology through the hypocrisy of politicians (subject that he was already dealing with the tube of the Chatty Chatty Mouth Gladiators and unfortunately remains relevant) on Mr. Pretender and History Say, or simply the leak of Time on the single Time released last June, also available on video. Clinton Fearon philosopher, tells and reflects.

With HISTORY SAY this is the first time Clinton Fearon has collaborated with other artists encountered throughout her career. Longtime friend Alpha Blondy is one of the very inspired Together Again writers in four hands. You will also meet Hawaiian Mike Love and his striking voice on Mr. Pretender. To represent Europe it is the Spanish trio Emeterians that the Jamaican chooses. Charmed by their vocals during a summer tour Clinton Fearon invites them to participate in the title I Will. Finally, Sherine Fearon, the singer's daughter, makes a superb appearance on Gimme Some. As for the musicians, they are all members of the Boogie Brown Band, the band that has accompanied Clinton Fearon on stage for many years.

Recorded partly in Seattle with long-time partner Mell Dettmer, the Jamaican has also returned to his home island to work with some of the greatest specialists, such as Sly Dunbar, Clinton Rufus or Steve 'Lenky' Marsden, something he had not done since the end of his adventure with the Gladiators. A big comeback for a tasty result, between roots and modernity. A bridge between the past and the new life for this great gentleman of Reggae.

Fed by musical references all richer than the others: from jazz to African music through dub, HISTORY SAY is a rich and moving album. An album that tells the life of a man from nothing, who by dint of work and generosity has been able to climb the tops and live of his art. A sensitive man, very early fallen in love with France and a French, where the few words in the language of Molière that you will hear in French Connection, and this fruitful collaboration with the French label Baco Records.
Favourite tracks: Why Worry and I Will ! 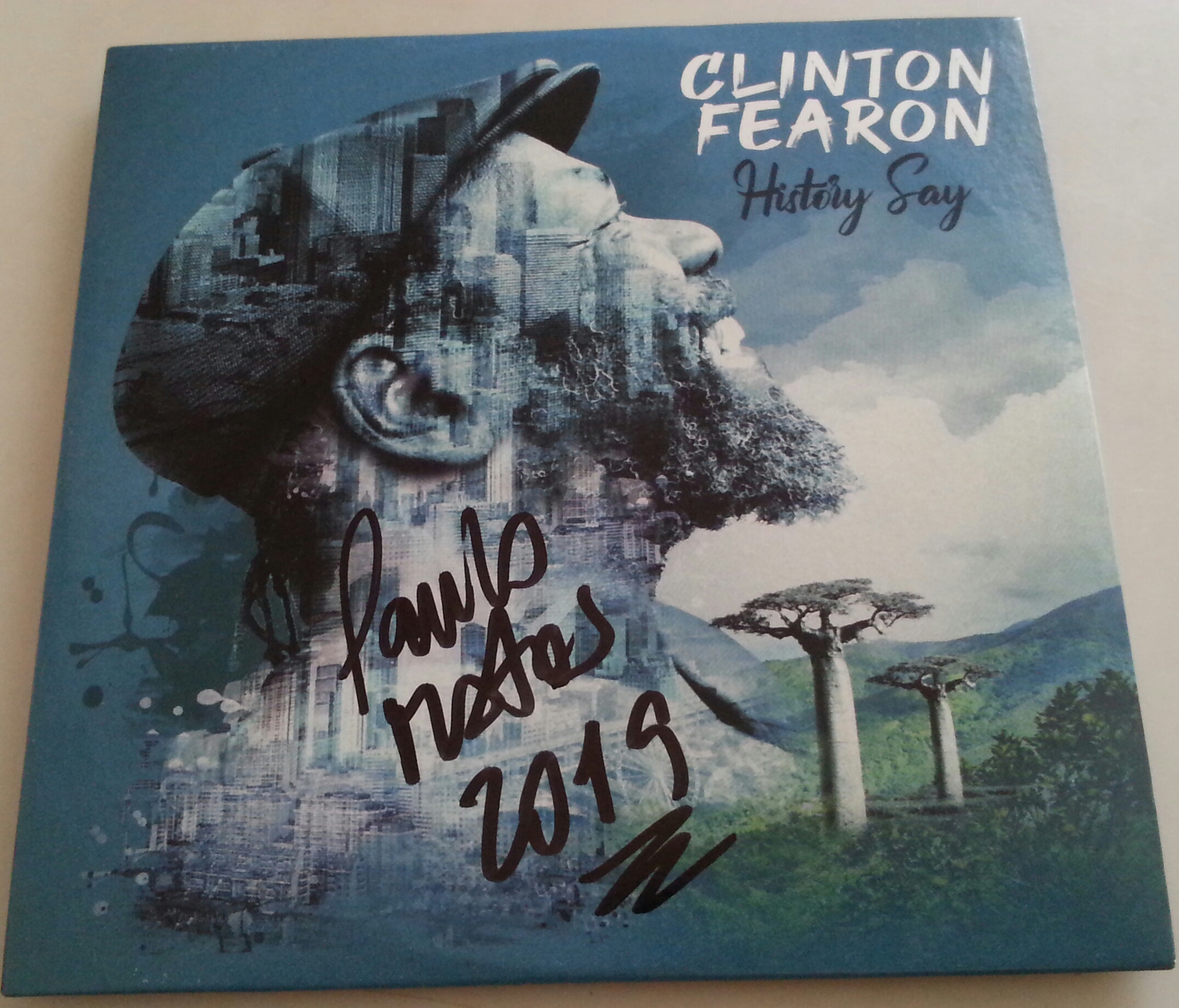 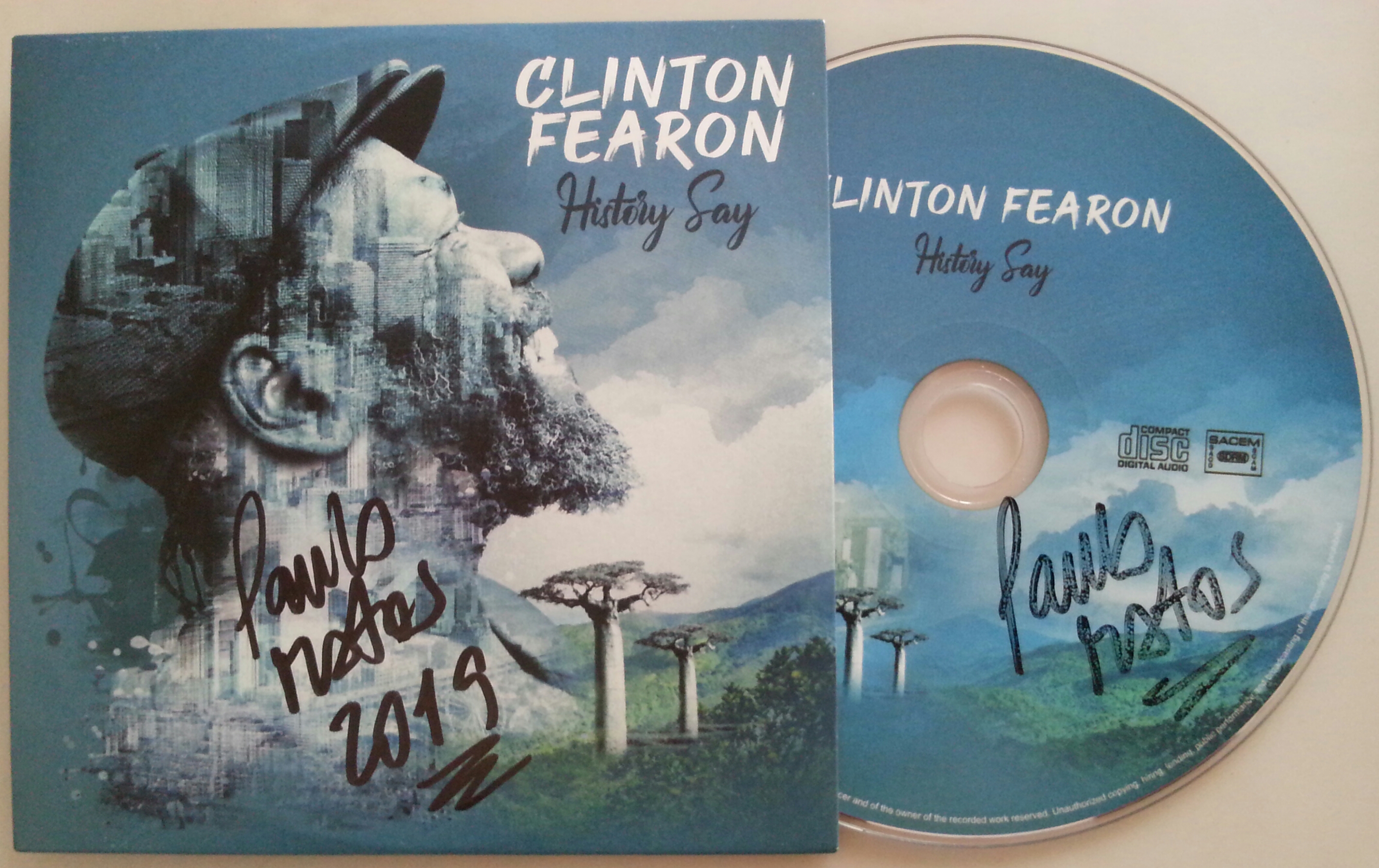 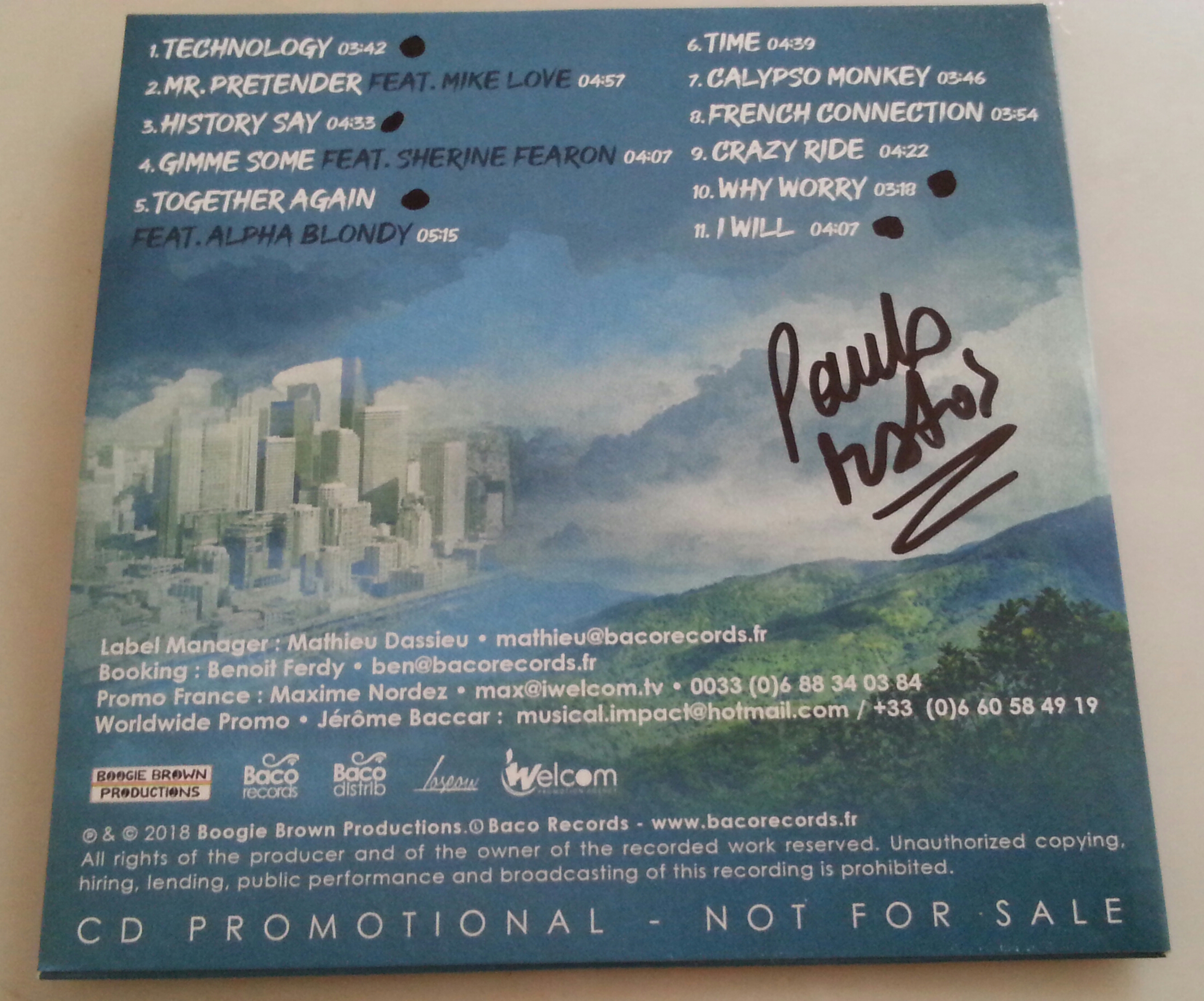 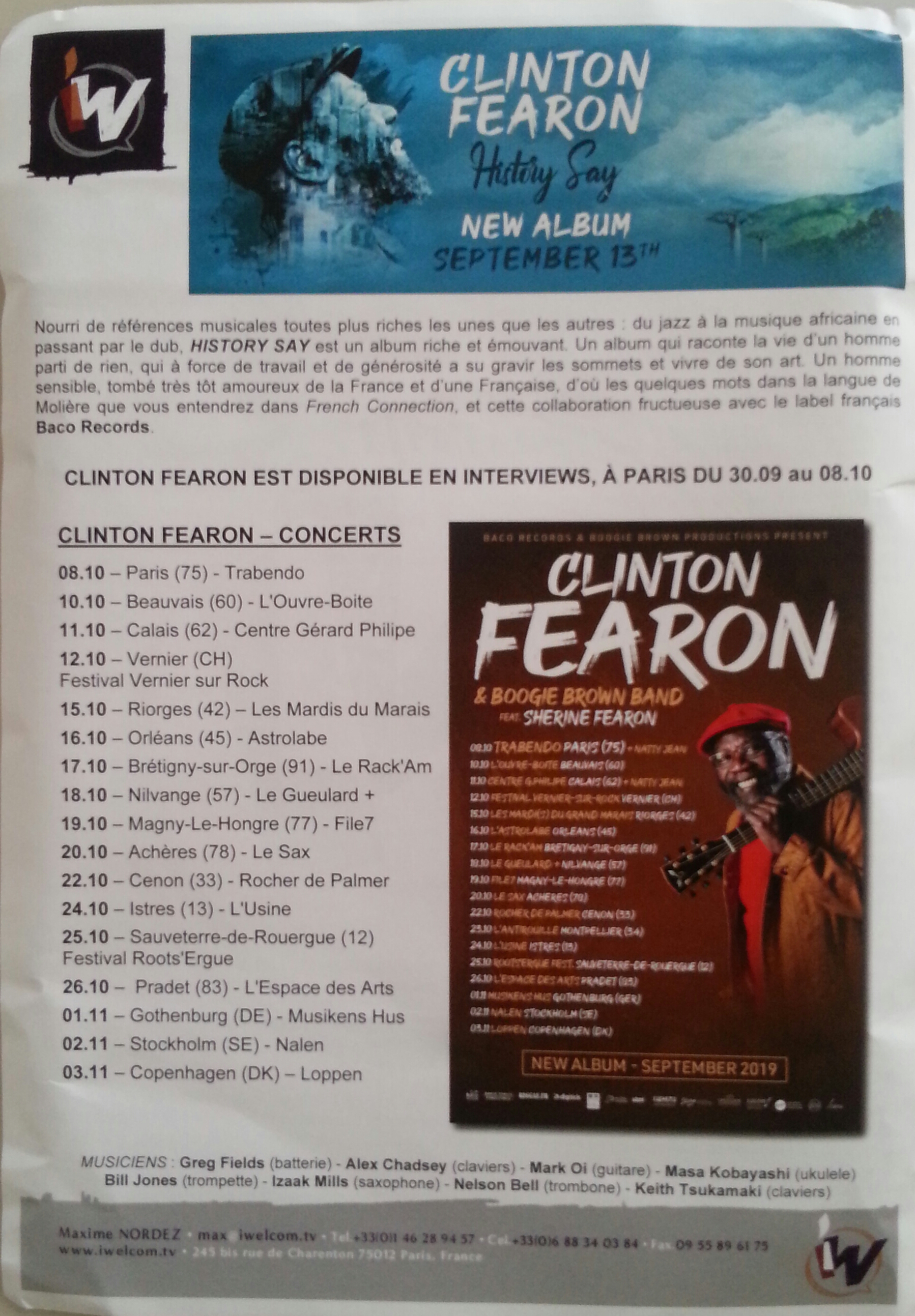