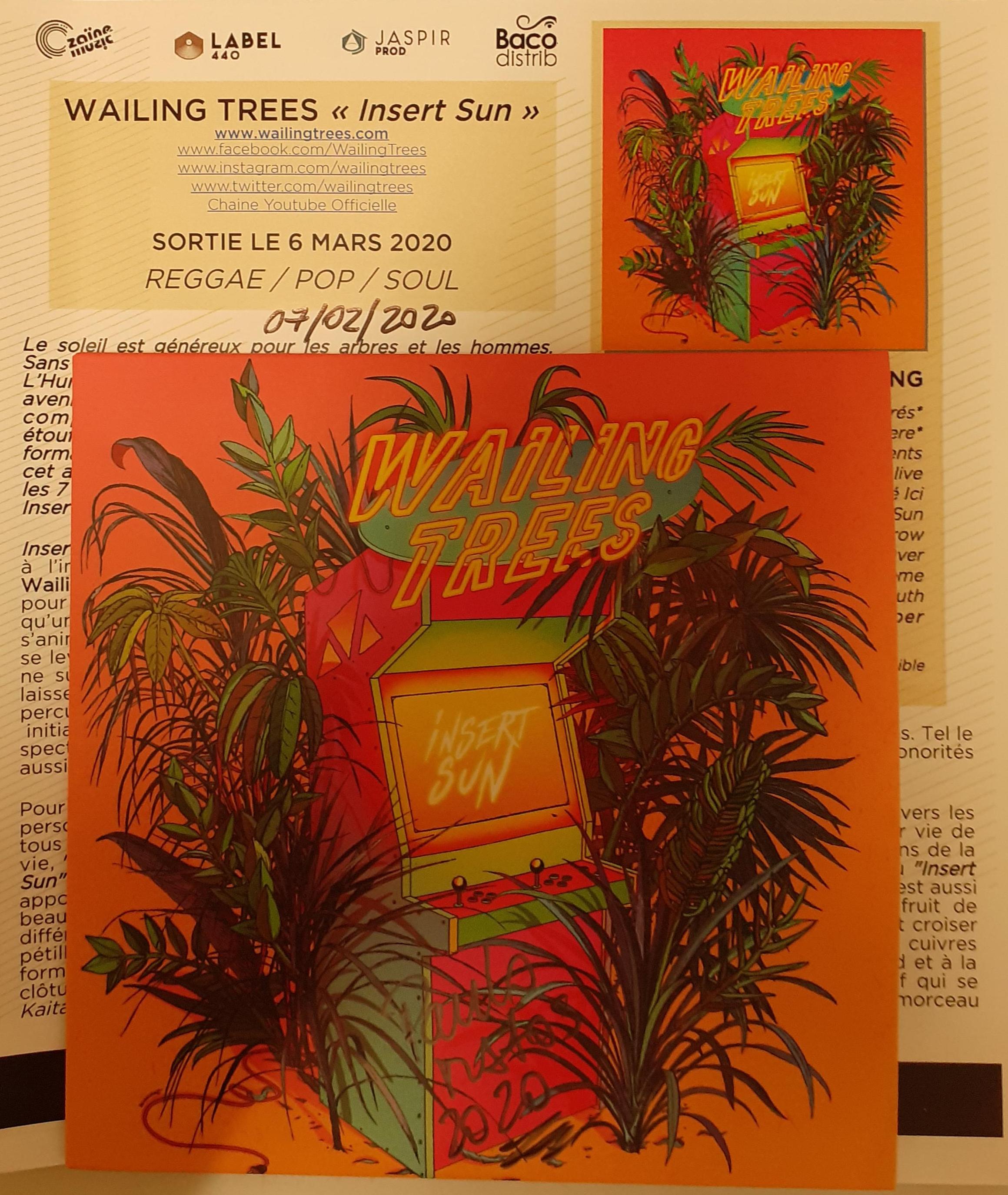 The sun is generous for trees and people. Without stopping, it warms us and nourishes us. Humanity needs its light to face a darkening future where its warmth, in the face of our irresponsible behavior, sometimes becomes suffocating. It was therefore natural for Wailing Trees, a formation with roots in Vienna, to draw inspiration from this once revered star. It is from his essential strength that the 7 musicians gave birth to their most successful project: Insert Sun.

Insert Sun is an invitation to join an ideal world: like the "insert corner" of arcade machines, the Wailing call to add light to our lives to nourish positive thoughts. In the same way that a video game machine requires parts to animate itself, the Earth depends on the sun to see each day rise. But to sublimate the music, the rays alone are not enough and it is sometimes necessary to create contrast: let different styles meet and even collide within the songs. A confirmed choice, almost initiatory, by which Wailing Trees wanted to build bridges between musical aesthetics. Like the light spectrum made up of all the colors, the music of Wailing Trees crosses sounds as varied as reggae, neo soul, hip hop, jazz and world-music.

For each album, Wailing Trees sought to innovate, to offer its own reggae, through the marked personalities of its members, revealing what inspires them in their everyday life. If the album "The World Go round" was a real questioning on the meaning of life, "Change We Need" was a cry of alarm in front of a world which needs to evolve, where "Insert Sun" is a utopia where Humanity would regain control over its destiny. Inserting the sun also brings new light to everyday life. The texts of this last opus are the fruit of a lot of introspection. The purpose of the songs is to shake up certainties and meet different realities. Carried by a fluid and poetic feather, warm choirs and sparkling brass, Wailing Trees delivers an album full of energy and hope. A disc with a particularly neat background and shape, which play with the borders of reggae. A positive opus which ends with a touch of humor of the best taste thanks to Didier Super on the last track Kaitaia.

Fruit of a tour to the four corners of France but also in Canada, a new breath is felt within the team at the dawn of the recording of their 3rd album which promises to be more than promising. Indeed, the team has matured and gained experience in order to concoct an album that meets the expectations that the project arouses both professionally and among its fans. A preproduction phase is spread over the year 2018, from April to September. A process which made it possible to lay the foundations of each piece, to take a step back on each of them in order to adopt a true artistic direction, as much on the choice of the sounds of instruments as on the harmony of the compositions and choice of mix. It is in February 2019 that Wailing Trees will record its 12 new songs, at Studio MAG in Saint-Etienne. Many references to his credit, it is notably within this studio that Dub Inc, one of the groups that influenced Wailing Trees, had recorded one of his flagship albums.

For this 3rd album, the members of the group have chosen to turn to Laurent Dupuy to have this future album mixed. Sound engineer of international renown, he regularly collaborates with major artists such as Alpha Blondy, Salif Keita, Joey Star, Féfé… As for the mastering, it was entrusted to Simon Capony of the Basalte Studio who works in close collaboration with Laurent Dupuy and many other talents.

Like any artistic work, you must necessarily take into account the context in which the work is located. This is why the next Wailing Trees album will be done quite naturally in the continuity of everything that the group has proposed so far. On the other hand, in addition to being the logical continuation of the first opus, the next album will mark a reaction or even a break with what the seven musicians have proposed so far. When we talk about breakup, we want to state, for the next artistic stages, the desire to explore even further what reggae music can accommodate in terms of interbreeding as much as in the way the musicians want to keep their words . While up to now the seven stooges have given pride of place to communicative energy through arrangements that call more for celebration, the decision today is to have an album that will seek to create a strong proximity with the listener . This by putting the musicality of the songs at the service of a message that will be much more personal and addressing themes with trends a little less universal. It will always be a question of proposing an optimistic journey which will be tinged with more privacy this time. The crossbreeding operated so far by the group was done with timeless music like rock, rhythm and blues, jazz while the crossbreeding of the next album will be done more with more contemporary styles like new soul, lofi hip hop, pop, etc. 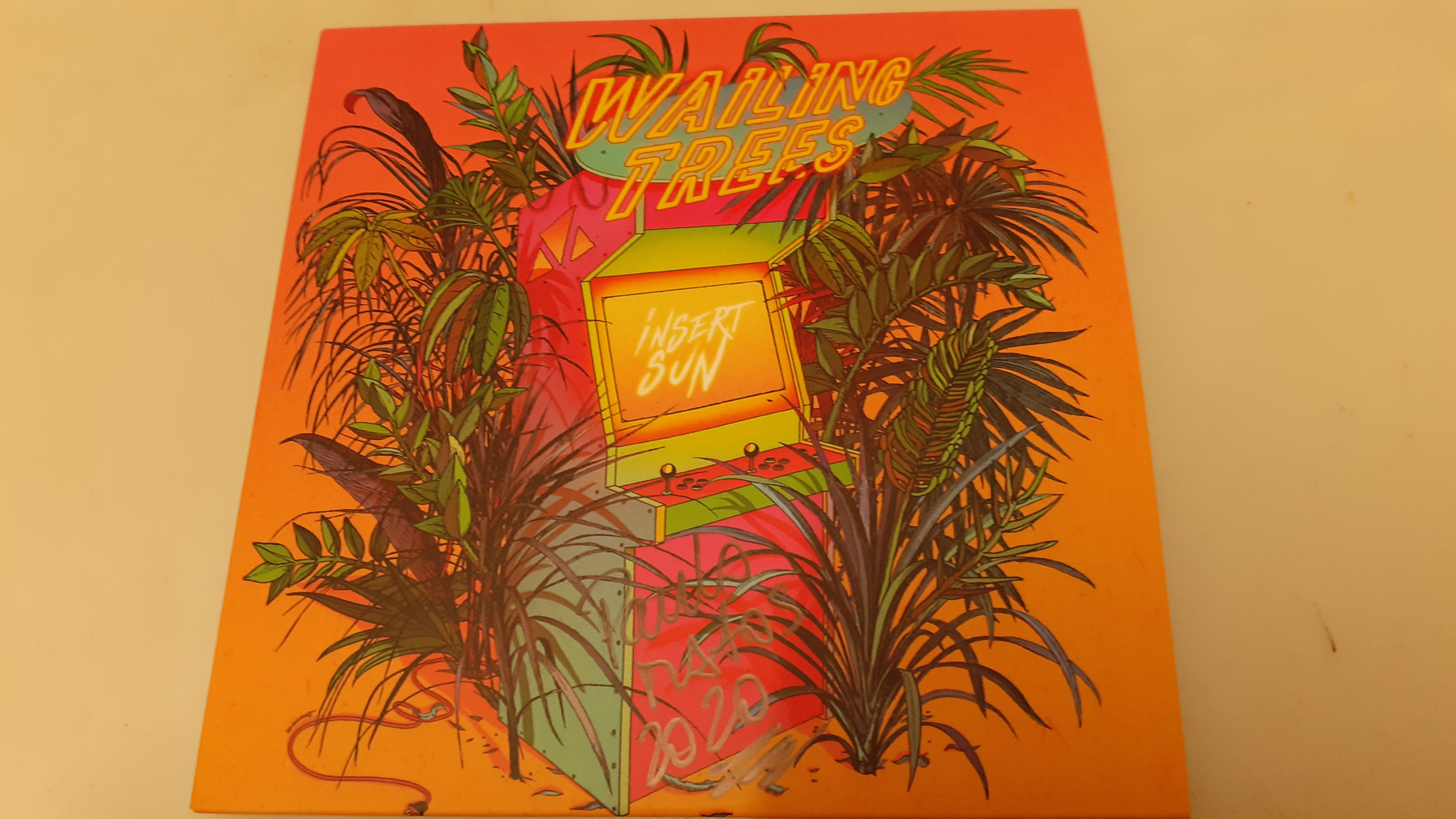 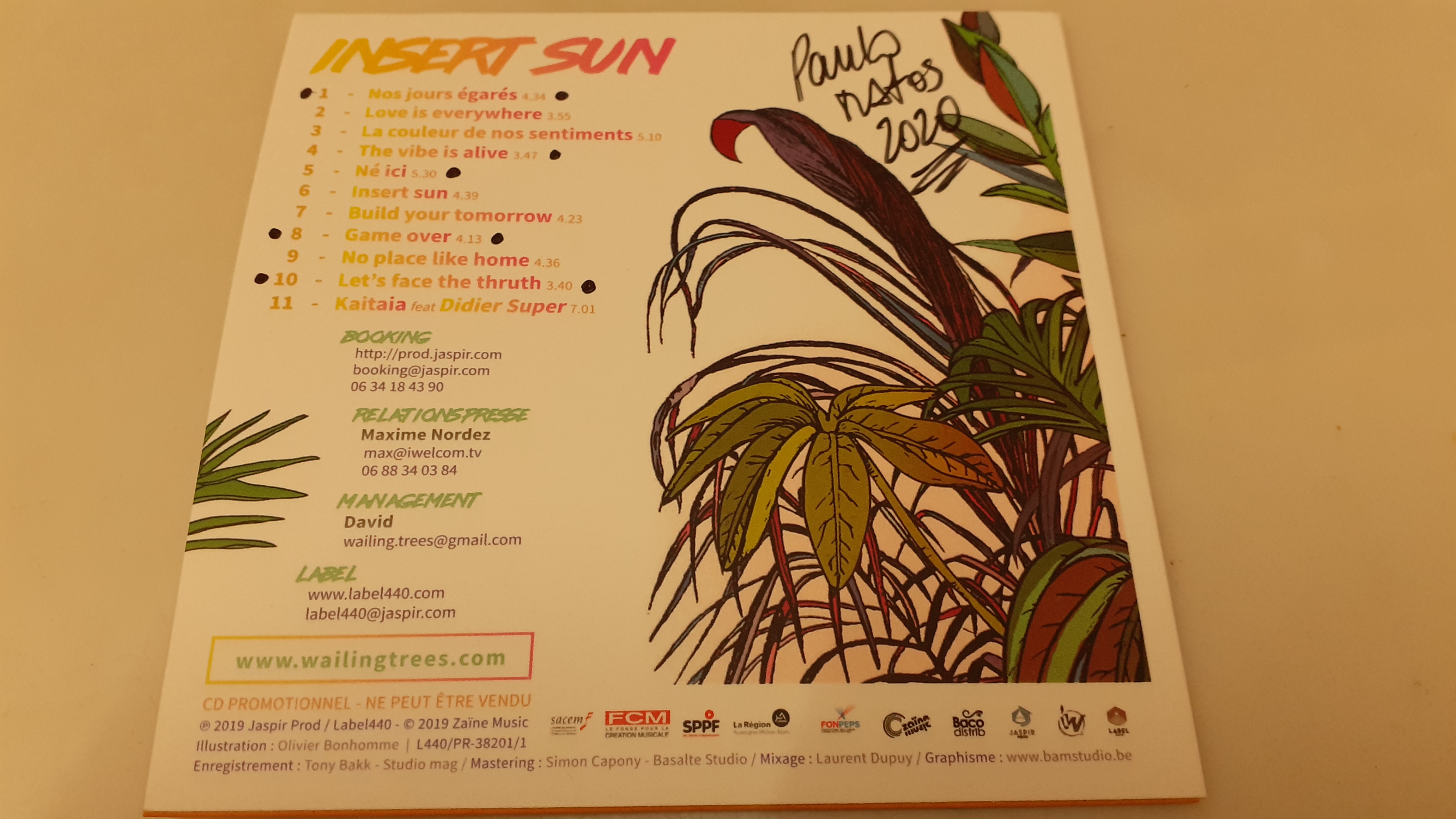 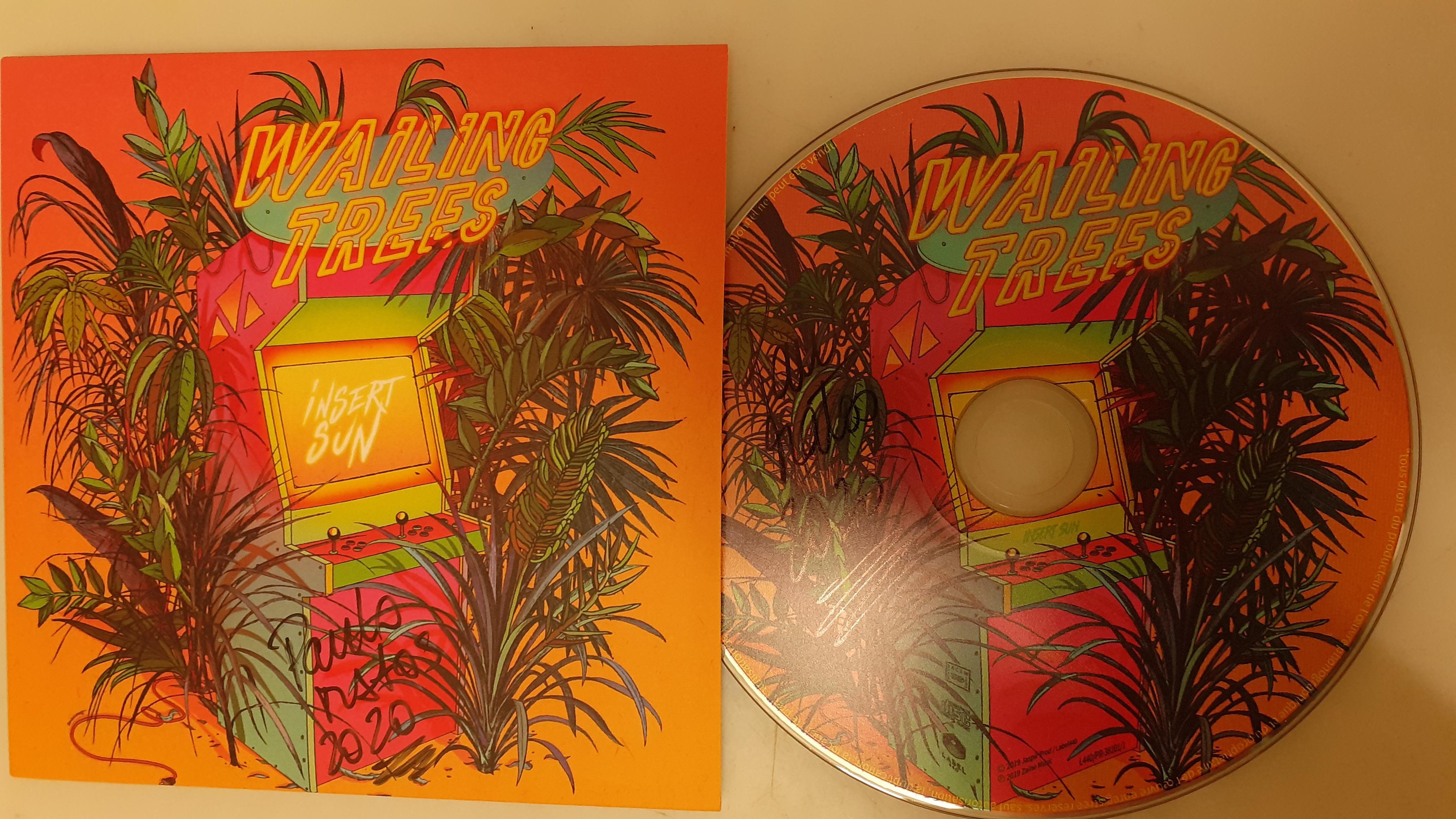