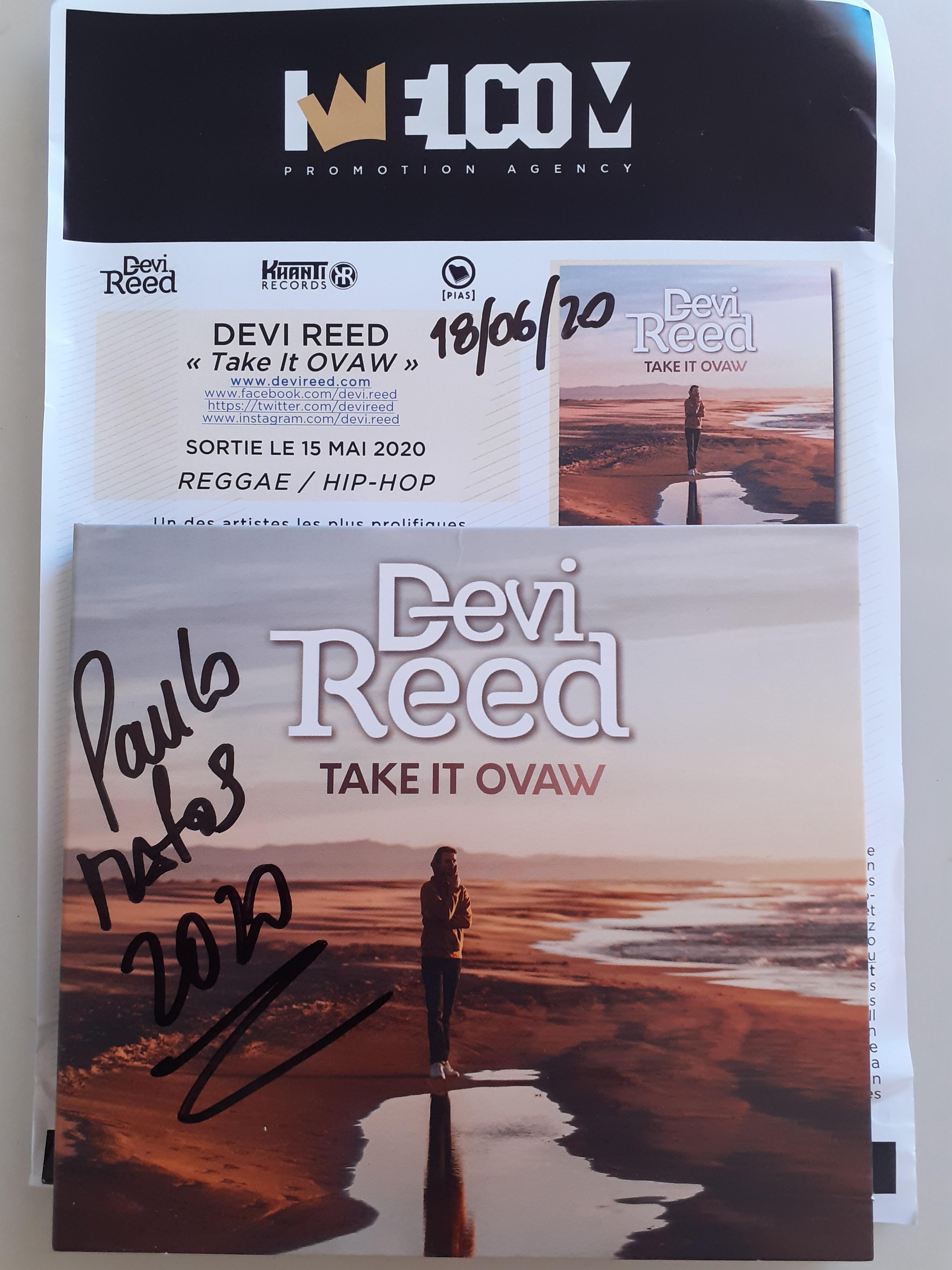 Born in 1989 in Amsterdam, Devi Reed was steeped in a double culture due to his Dutch and Italian origins. He has already gained extensive experience on stage and in the studio, as lead singer of the French reggae group "The Banyans". In fact, it was within this Toulousain sextet that he was able to distribute two albums nationally but also to perform more than 400 concerts in more than 10 countries, passing by the biggest festivals in Europe (Reggae Sun Ska, Rototom Sun Splash, Ostroda, etc.) or by the zenith of Paris.
Building on the success of his first EP "Essence of Life" released in 2017, Devi Reed is heading to the island of Cuba in early 2018 to concoct an original and daring mix: merging reggae, hip-hop and salsa. He produced his first album "Ragga Libre" which he released in May of the same year. An opus of rare freshness in the current landscape, which it accompanies with several video clips as well as a documentary realized in Cuba. The ex-singer of the Banyans invites on this album several rising stars of rap from Havana (Golpe Seko and El Individuo), for a unique result, mixing hip-hop beats, flow ragga, and the inimitable groove of salsa and his. Just one year after the release of this album, Devi is embarking on a new, even more ambitious project: "One Vibe a Week" (understand "one vibe a week"). From March 2019 to March 2020, accompanied by his team and in particular the duo Amarga Music in charge of the composition of the instrumental, he will publish a new song every Friday for 52 weeks. A total of 48 songs as well as 4 full albums during a year, all declined according to the 4 seasons. Each season has its own universe. Spring is planting the seed of the project with reggae & hip-hop tones. The album "Summer" offers us a sunnier universe, with dancehall, reggae, and sweet and sweet melodies. He dedicates all of the songs from the autumn (Autumn) to lyrics exclusively sung in French, intimate, touching and full of hope. The “winter” season, for its part, closes the project, with more digital, electro, or even Lo-Fi tones on certain tracks.
Throughout the duration of this project, Devi is in constant contact with its audience and launches at the end of each season a survey on the internet, in order to allow the public to vote for their favorite songs. The 18 highest rated titles were therefore selected to constitute this collaborative album.

Unheard of in the reggae landscape!
This "collector" opus, judiciously selected by fans, will be called "TAKE IT OVAW" in reference to "One Vibe A Week", but also to the Jamaican expression: "take it over". A real musical journey, with influences from around the world. We find in particular quality collaborations, such as the Jamaican Skarra Mucci, or Soom T (India / Scotland), rapper Melan (FR), Cam lead singer of the reggae group Fraçais Ryon (FR), rapper Cheeko (FR), Omar Perry (Jamaica), Losso Keita (Burkina Faso), the young singer from Toulouse Mariam or Alerta Kamarada (Colombia) who add tasty spices to make this album unique and full of surprises. The titles are linked in a coherent way, like a story that is told over the seasons. The title This Morning opens the first chapter in a good mood with a beautiful sunny day. It is with gratitude that Devi continues, as a life lover, with the single Life Lover, alongside ‘raggamuffin dancehall president‘ Skarra Mucci. The rub a dub is in the spotlight with the following two titles, High Tide and Wuss Real, on which Soom T comes to put its inimitable flow. The musical stroll continues with an intimate and impactful title that will touch all lovers: Each time. There is no shortage of love songs: Sunshine with the sweet sweet voice of the young talented singer from Toulouse Mariam, who puts us in the mood at the first note. In the same theme, we also find So Warm. The title Papa ou Maman, on the other hand, lightly and humorously deals with couple relationships when faced with the arrival of a future child. We find on this piece the Bordeaux rapper Cheeko.
However, the most common theme throughout this album remains spirituality, self-confidence, awakening, and awareness. Titles like Semer or the single Lâcher Prize accompanied by the beautiful feather of Melan, Le secret en featuring avec Cam the singer de Ryon, immerses us directly in this spiritual research. Self-knowledge, connection with "The sacred secret". The title Awakeness is also in the same line, with the punchy voice of Omar Perry, or even Everything is here which reminds us that everything happens here and now. We will also note the more conscious texts, such as Progress, which invites us to reflect on the true evolution of our “civilized” society, and above all in what sense? The powerful voice of the Burkinabe singer Losso Keita gives chills when the song is introduced. Free up the land is a hymn to freedom, and more specifically liberation through music. We are not a Mafia in collaboration with the number one of the Colombian reggae Alerta Kamarada, is also a whistleblowing piece, and what could be more relevant than a Colombian group to talk about corruption.
Finally Devi ends the last chapter of this musical flight with the title sung in English Change which reminds us that nothing is permanent except change, that everything is constantly changing, like the seasons that accompanied and inspired this project.