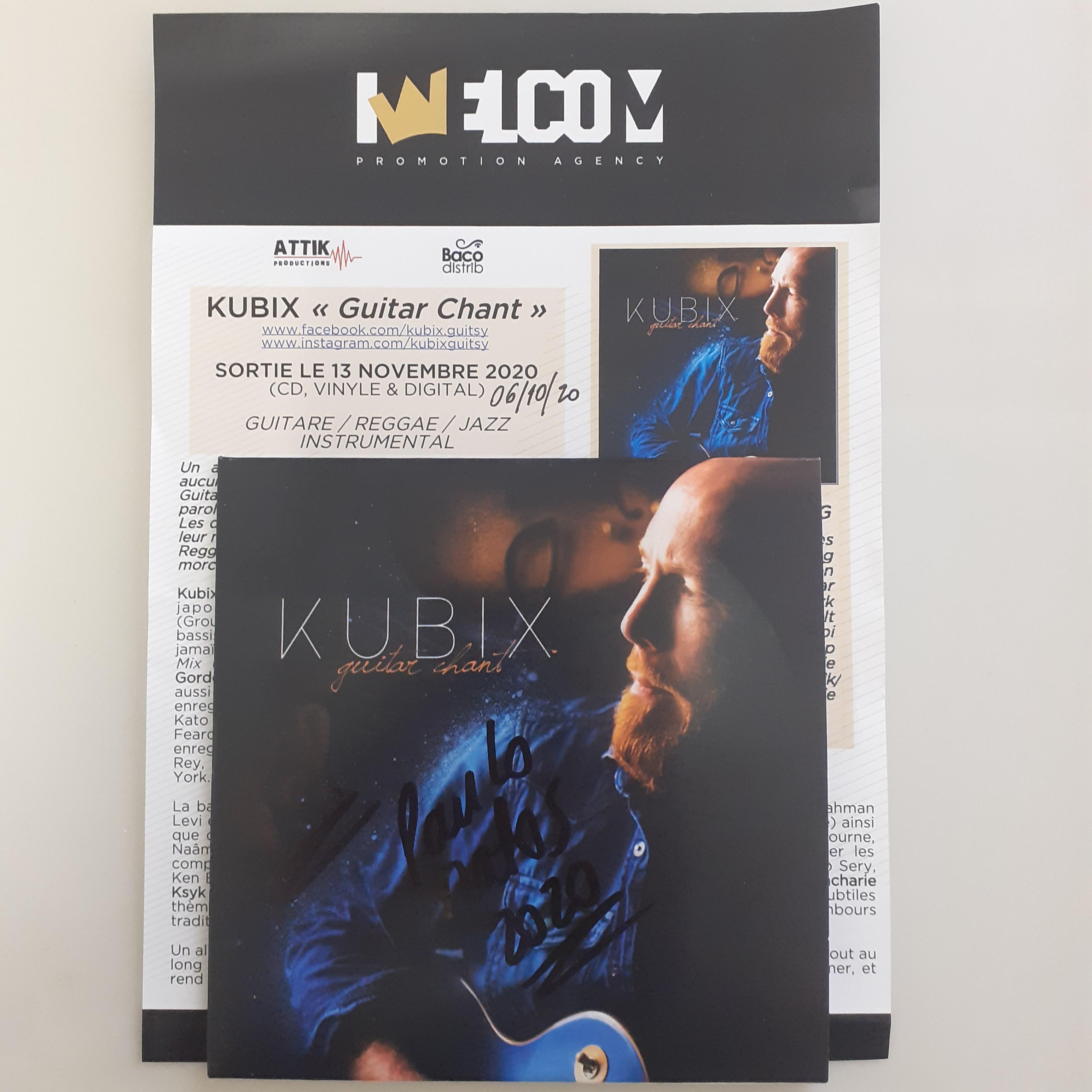 Anyone who has tasted it knows how to recognize this quality - rare, let's be honest - that the Kubix album possesses: this beneficial effect that music provides and which is good for the heart and the body; this Grail that we all hope for when you press "play", when the notes permeate you, resonate with your soul and make every cell vibrate in you, from head to toe. This is what Kubix expresses, without calculation, without trying to shine, just guided by the emotion that music can convey, because our man is one of those who plays it as they breathe. Experience it, whatever the title of Guitar Chant; turn up the volume, to experience the mix. And then you will understand, if you don't already know him, who you are dealing with ...
Kubix?
Far from being a stranger in the business, of course. An essential sideman, for a good decade. If you discreetly get information from the various pillars of the reggae planet in France, you will be told without hesitation each time: "This is the best! “Above the lot. Luckily, he doesn't pay any attention to it. His sense of sharing music is a hundred times greater than his ego - the prerogative of the gifted who do not fit into the same category? And when he arrives at a moment's notice to make a replacement in a band, like a luxury joker, it's not the same gig. As if by magic, all of a sudden, each of his running mates feels pulled up. The kind of guy who doesn't have to be a leader on paper to be a real leader, without a push. Jamaicans are not mistaken, who trust him completely to set up tailor-made backing bands and conduct them on European stages, when they are not using him in the studio. Our guitarist has a Grammy Award-winning and a nomination as a musician.
But looking at Kubix through the lens of reggae alone is far too reductive, you guessed it. Contrary to the philosophy, to the state of mind of this Ile-de-France musician who grew up surrounded by guitarists, in his family as in his nightclub: Hendrix, Kurt Cobain, Jimmy Page… On the music planet he travels, recreate borders would be nonsense. Before the Covid, we saw him a lot with Kimberose in a soulful register. Previously, he also toured with the Algerian-Canadian singer Zaho. In recent years, the schedule has been busy, as requests from all sides poured in. But our almost forty-something has found the time to give birth to her own baby, Guitar Chant.
His approach for this personal album: "a jazz approach" on a reggae structure (and what a basis!). Improvise around a theme, tell a story that doesn't need words to capture your attention. Calling on friends so that they too can contribute to the narration with their respective instruments, like the Japanese pianist Aya Kato, whom he describes as an “extraterrestrial”, and alongside whom, in their own way, he continues a dialogue initiated by Monty Alexander and Ernest Ranglin, a benchmark Jamaican jazz duo. Groove together, as if Weather Report had taken on the Kingston accent. And met Pink Floyd on the way (Paris New York). The guest list is not lacking in character, with among others the very experienced French blower Guillaume "Stepper" Briard, ideal in a role "Sandbornien" of the 80's. We also meet Clinton Fearon, Vin Gordon, Marcus Urani, Manjul ...
Kubix, whose real name is Xavier Bègue, has done a fabulous work of musician goldsmith on the eleven pieces of Guitar Chant. The reflection of its degree of requirement. There is so much to listen to! But do not believe that this wealth is heavy, indigestible. On the contrary, it is full of subtleties, of different layers which all add something to the building, built around an intelligent tracklisting, which knows how to vary the pleasures, to surprise. Impress. And above all to seduce.
Press release by Bertrand Lavaine (RFI)

9.Grow Old By Your Side 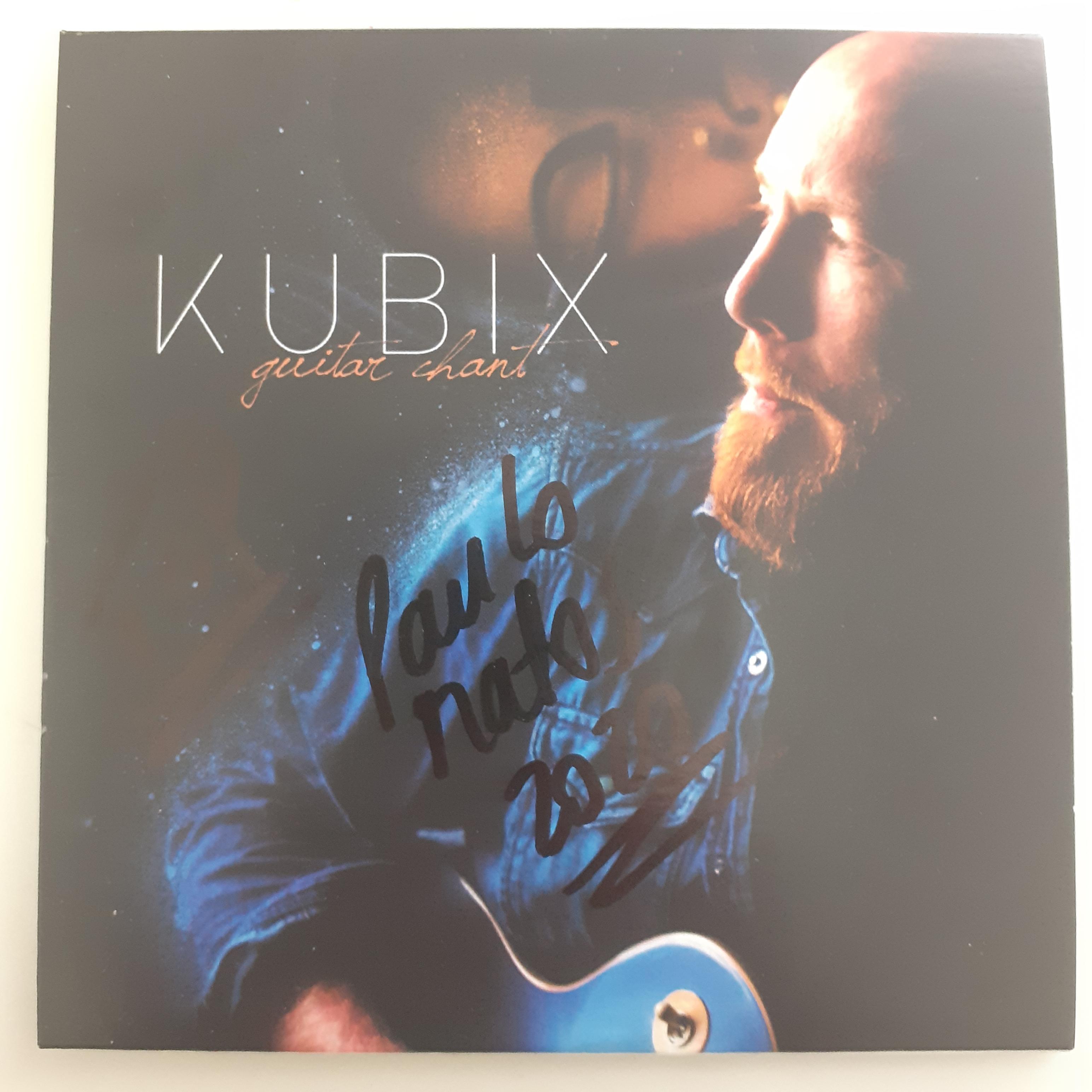 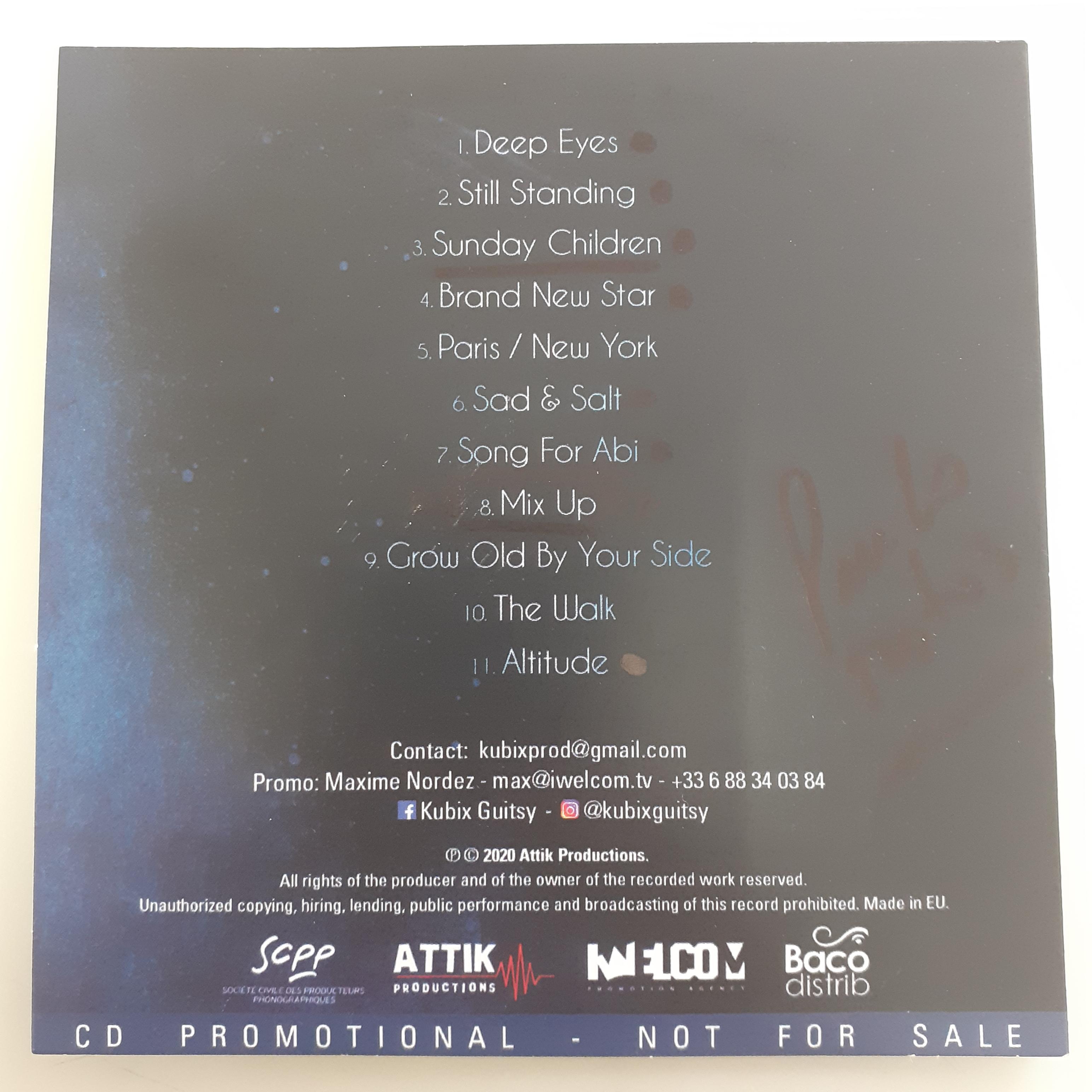