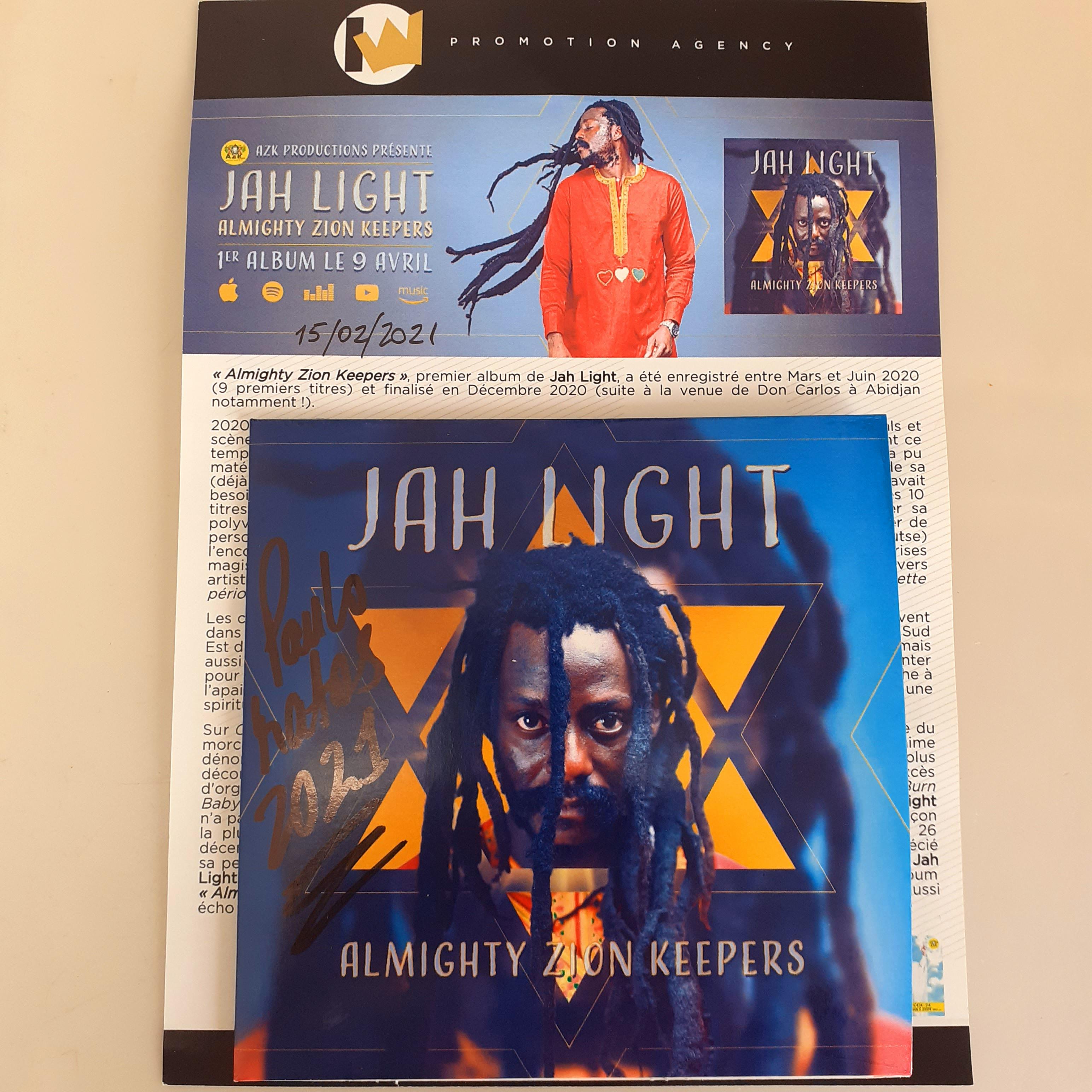 Jah Light, Vital Basile Valentin Okon, was born on September 2, 1981 in Cocody, Abidjan, Ivory Coast. His father was then an educational director and his mother a sales agent. He grew up with his ten brothers and sisters in the town of the two plateaus where he spent his childhood and his schooling. He is quickly taken by the music virus and spends his free time in the corridors of makeshift studios that are developing in Abidjan. He quickly integrated different reggae musical groups and began singing with the reggae group Jam in 2001. The group regularly performed in various spots in the city (Pams, Jamaica, Kingston, Menekre). He was barely 20 years old when he decided to stop his studies at INSAAC and immerse himself in its culture, preferring to spend days and nights with his elders. Jah Light then embarks on a Bohemian life specific to aspiring artists. He will take to the road for tours in the sub-region, notably in Burkina Faso and Benin. Jah Light is making a name for himself. We asked for it in 2011, first Alpha Blondy for a duet on the International Herb title and then Les Vieux Mogos - the most international band in Abidjan - for their title I’m Dread. Anti-conformist and rebellious at heart, Jah Light is a multi-instrumentalist (guitar, bass, drums) and swears by Reggae. From 2007 to 2020, he performed regularly as lead singer at the legendary Parker Place. A certain experience of the scene which also enriches his impressive repertoire of covers. Jah Light is a whole and sincere artist who actively contributes to the development of reggae "made in Ivory Coast". This eagerly awaited debut album represents the culmination of a 20-year career and a new page that opens for the artist. Jah Light presents 9 titles that he himself wrote and performed, as well as the title Corona Can't Stop Reggae, which has become obvious, a real cry of hope in collaboration with the singers General Dimitri and Ras Kalif . Also on the album's tracklisting, Jamaican legend Don Carlos on Who Can Save recorded in December 2020 in Abidjan. Jah Light sings the themes that are dear to him. From This Song to Let Jah Be Praised through Vampire Politics, his commitment remains authentic and resolutely turned towards Rasta culture. With maturity helping, the prolific Jah Light promises to follow through on projects and cross borders with his music.

"Almighty Zion Keepers", Jah Light's first album, was recorded between March and June 2020 (9 first tracks) and finalized in December 2020 (following the arrival of Don Carlos in Abidjan in particular!). 2020 has been a difficult year for the cultural world, where most concerts, festivals and live stages have been put on hold due to the global corona virus pandemic. Putting this time to good use and having a studio (that of his AZK Production label) in Abidjan, he was able to materialize and refine this album alongside various Ivorian musicians crossed over his (already long) career. The texts had been written in stone for a long time, Jah Light needed a frame, time and spirit. This is how the recording of the 10 tracks took place in an atmosphere of reconstruction, with the desire to show its versatility and independence. The artist was supported by his wife, who surrounded him with inspired and inspiring people (Georges Kouakou, Serge Assouan, Christian Konutse), encouraging him to further reveal his personality. Indeed, it is also for his masterful covers of Bob Marley that we know Jah Light, it was here decisive to assert his own artistic universe. "It's Jah who inspires, it's Jah who gives. It pleased Jah to make this period of global confinement a time conducive to my personal emancipation ”. The collaborations with his comrades in arms such as Ras Kalif and General Dimitri are part of a spirit of openness and simplicity. Jah Light is from an ethnic minority in the South East of the country (M’Batto also called Gwa) from the Akan group. He sings in English, in French but also in the local language - Dioula - a language which is not his own but which he wished to borrow to call for peace and reconciliation. Its texts are engaged but call without respite for appeasement, union, meditation, wisdom and justice. And, as a devout Rasta, an overflowing spirituality and an omnipresent Jah. On This song, Jah Light pledges that only reggae can change humanity. The vibe of the track takes us back to the late 60's, the days of ska and rocksteady. The singer likes to denounce the excesses of a society governed by money, personal success and increasingly disconnected from nature. Because if God had destroyed the city of Babylon which had sinned by excess of pride, the Rastas prophesy the fall of our "shitstem", like the explicit Burn Babylon! A direct reference to the Bible (Jeremiah 51), and as a practicing Rastafarian, Jah Light has not touched his hair for the past 20 years. The duet with Don Carlos was done in the most natural way since, passing through Abidjan for two concerts on December 25 and 26 (AZK Productions), Don Carlos got to know Jah Light and appreciated her personality. They both enter the studio and record Who Can Save, composed by Jah Light, a true Rasta manifesto calling for reunification and spirituality. The album title "Almighty Zion Keepers" is also loaded with meaning - the Celestial Guardians of Zion - it also echoes the name of the very first group Jah Light created 20 years ago: Zion Keepers. 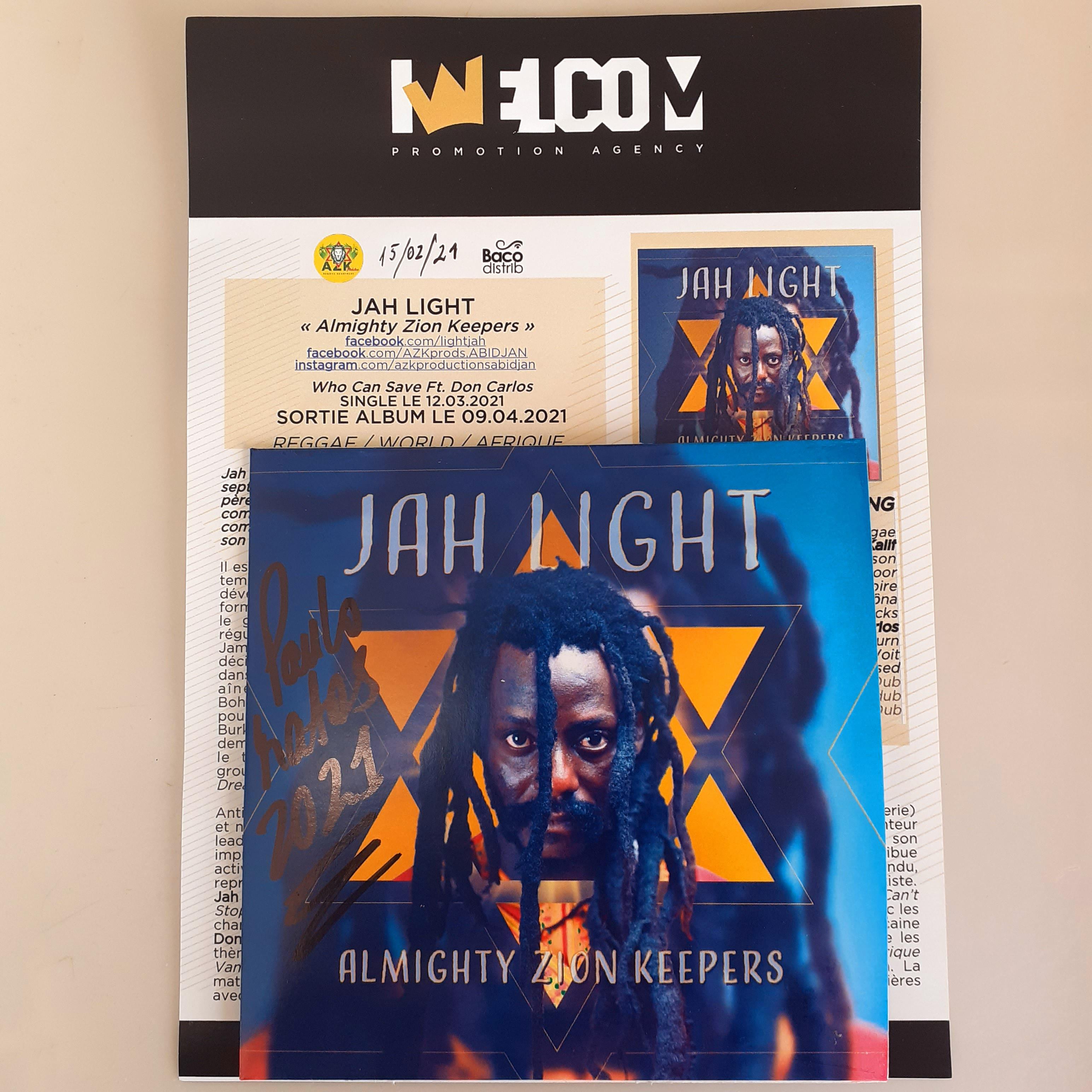 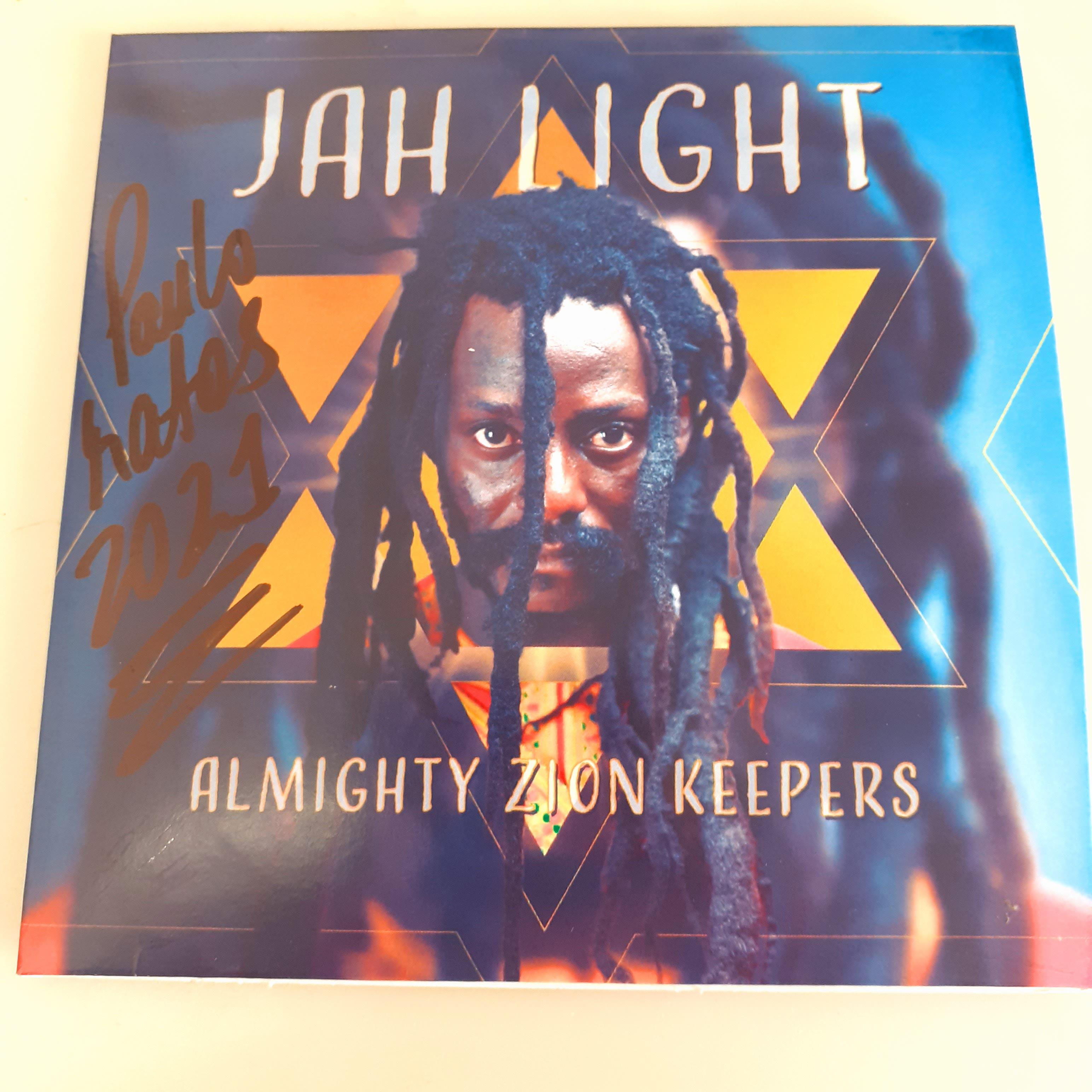 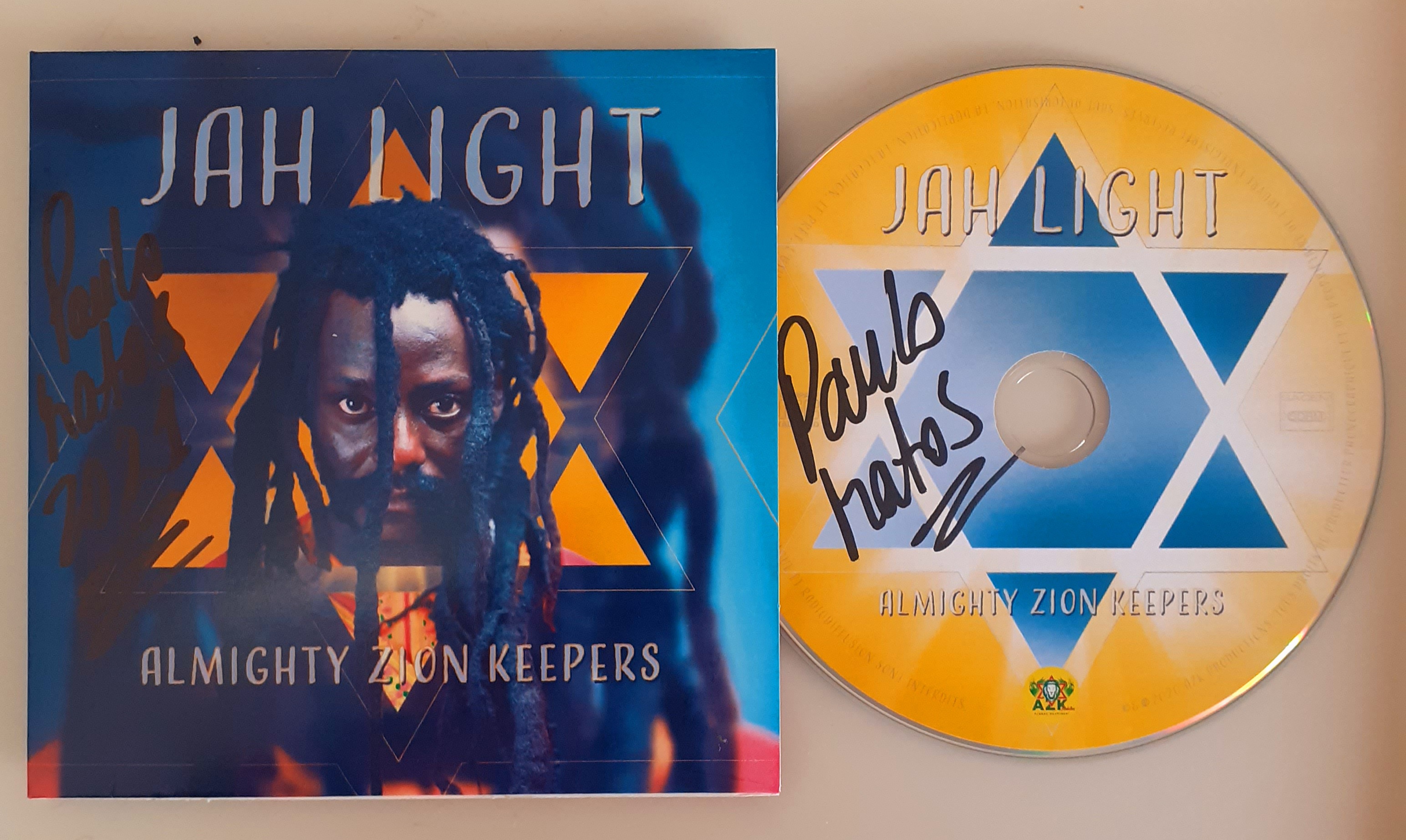 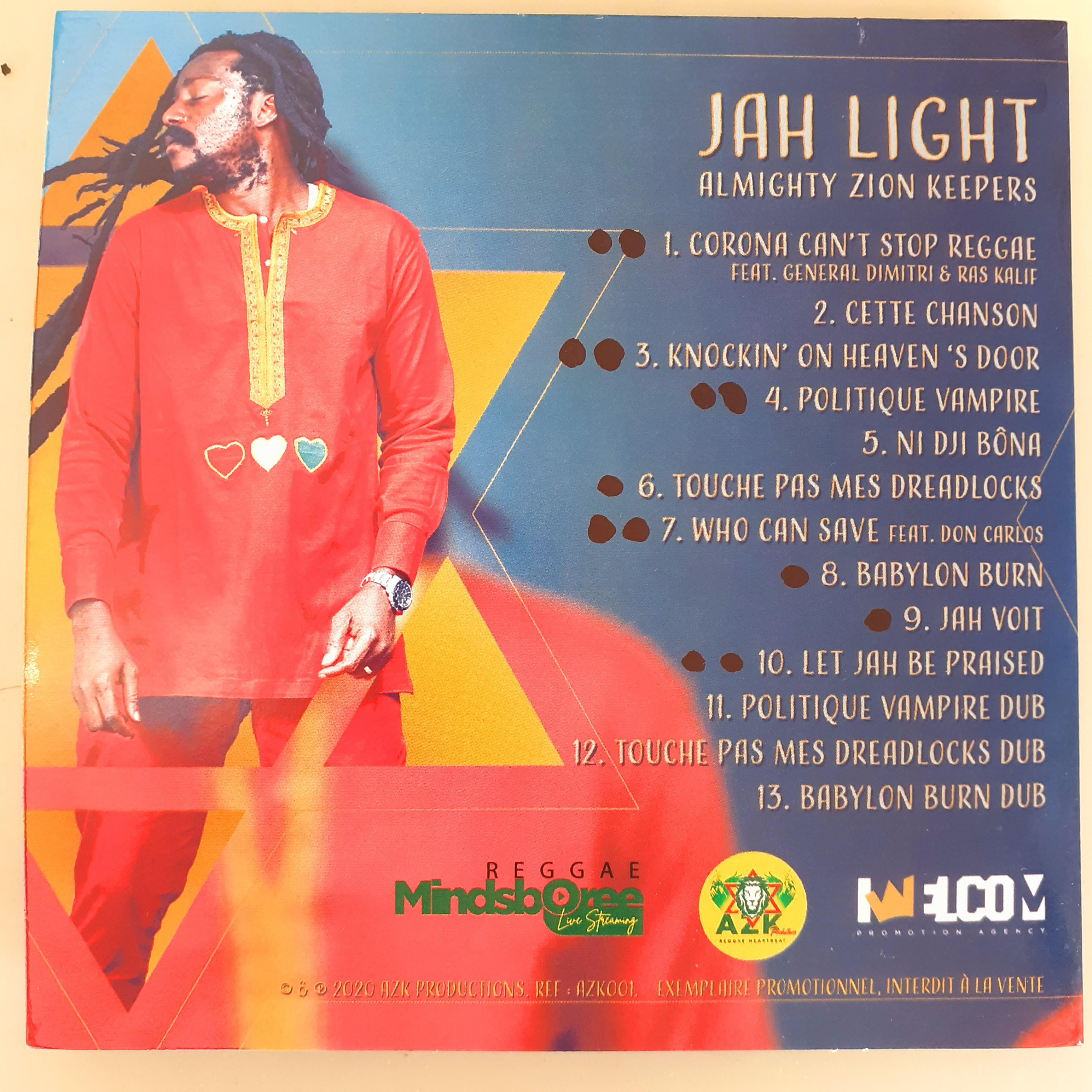