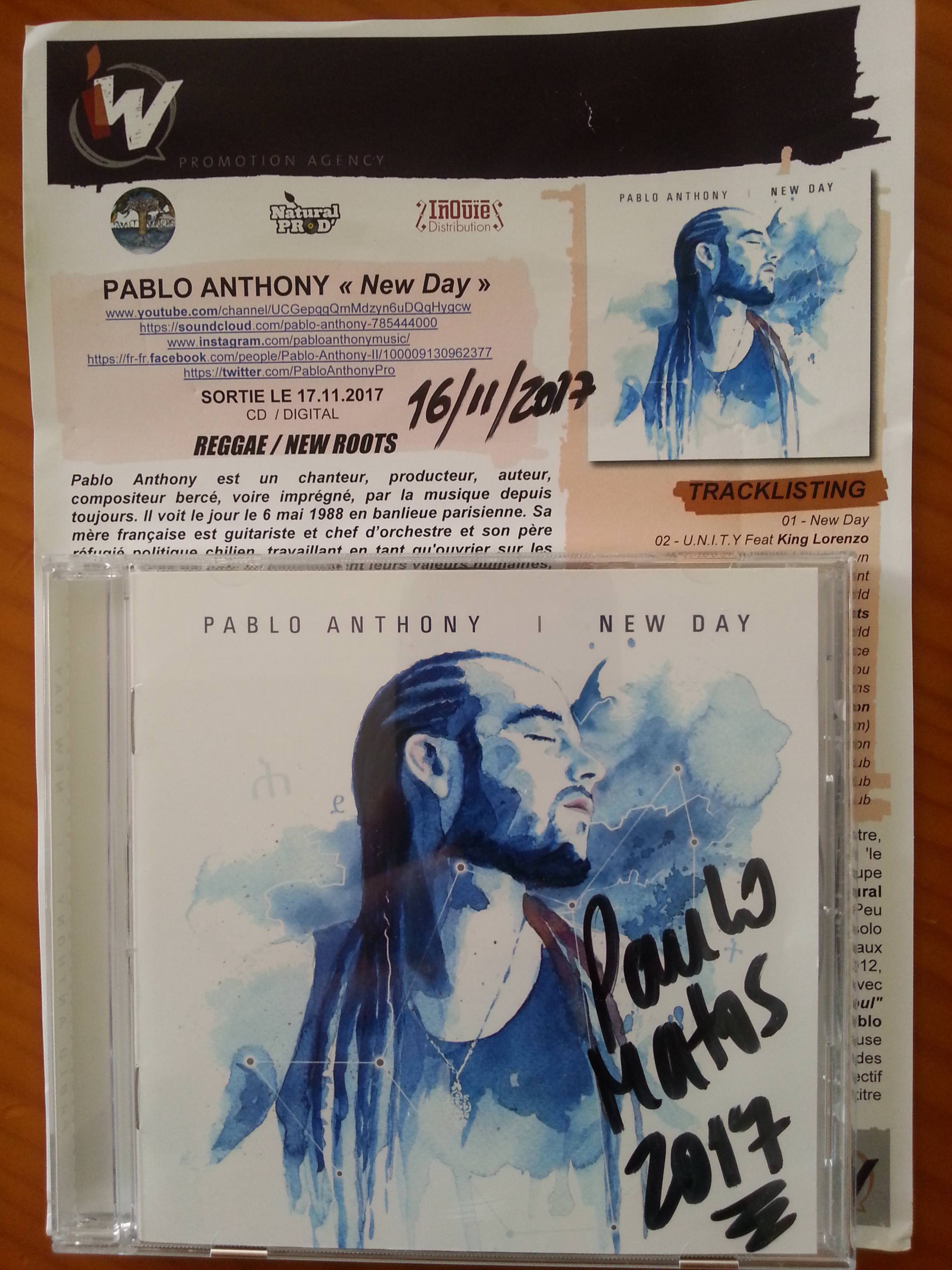 (apenas em inglês)
Pablo Anthony is a singer, producer, author, composer rocked, even impregnated, by the music since always. It was born on May 6, 1988 in the Paris suburbs. His French mother is a guitarist and conductor and his father is a Chilean political refugee, working as a construction worker. His parents convey to him their human values, the Latin culture as much as the rebellious spirit which today characterizes Pablo Anthony.
A great lover of singing, his father accompanied him, supported and guided him by instilling in him also his passion for music. Coming from a large family of music lovers, Pablo discovers sound systems and the hip-hop world thanks to his big brothers passionate and activists in the Parisian Reggae scene. The music continues to pursue this child already receptive! In 2004, Pablo founded with his musical friends the group Vagasound (Big Band Reggae) of which he is the singer. Dynamic, determined and dedicated to music, he begins the scenes and wins tramps. The public becomes faithful and more and more numerous.
Various opportunities allow him to perform on large Parisian stages (Elysée Montmartre, New Morning, Gibus ...) until the first part of Rod Taylor. Thanks to a prize won at the springboard 'the trigger', Vagasound records a first 3 titles. At the end of 2010, the meeting with members of the Obidiya and Natural I groupled to a new turning point in his career by giving birth to the Natural Prod label . With Don Obidaya and Elies Ene , they form the vocal trio and acoustic IBY ( ISeries B lessed Y outh). Soon after, Pabloemancipates a little from the groups while keeping a very strong link with them and makes a name in solo in various sound-systems parisiens as in acoustics! The arrival of new musicians combined with the hard core of his first band forms a solid 'team': The Small Ax Band . In 2012, happy events are linked with a European tour (Poland, Germany in summer 2011 with Obidaya and Natural I), the artist is then working on the production and recording of his first EP "Black Soul" and the single Cyan Stop Me, 100% self-produced at Wise Studio, with the talented FabWize . Pablo Anthony's musicis unifying and evokes empathy whatever the nature: acoustic, live, studio. His melodious and powerful voice imposes itself little by little. Step by step Pablo Anthony emerges and is chosen for the first part of the Twinkle Brothers in April 2013. The requests intensify while he integrates the collective Mirav (label collective artist Montreuil) participates in the project "Mirav L 'album' and offers a nice collaboration with the title Reality featuring Lyricson.
In September 2013, he shared plateaux with artists of various musical trends (hiphop, rap, soul, dancehall), the success is again at the rendezvous! Following in 2014 many dates where he will share the scene alongside famous artists like Naâman, Sir Samuel, Mo'Kalamity, Admiral T, King Lorenzo, Winston McAnuff or Sinsemilia. The result is without appeal and forces respect in the eyes of these artists. In 2015 in Berlin, Pablo performs on the big stage of the new Yaam for the French Karnaval with Broussaï then raises the crowd of the Carnival of Cultures , gathering every year some 3 million Berliners in the streets. Seen by our European neighbors as the Upcoming ArtistFrench reggae and international, Pablo Anthonywas chosen to ride on the tank dedicated to our country and represent the reggae made in France .
Active and inspired, he launches body and soul in the writing of his first album. Perfectionist, Pablo Anthony makes a point of honor to propose a production of quality. To give life to his compositions, he surrounds himself again with the Small Ax Band composed of: Hugo Sarton on drums, Lucas Veillet on bass, Martin Grenier on guitar, Jean-Baptiste Gentil on keyboards and arrangements, Alexandre Perrout en second keyboard arranger, Indy Eka and Nayeli to the choirs. Experienced singers ( Gospel for 100 voices) they give a 'gospel' dimension to the vocal trio formed with Pablo Anthony .
After more than a year of work, Pablo Anthony returns for the release of his album "New Day" . Produced by himself and the Sweet Waters label, "New Day" is the opus of maturity at the crossroads of various worlds. A long-term work for which the artist had selected no less than 23 compositions. 13 titles were chosen to appear on the album. After the makeup of the album with Prince Baba, the recording studio sessions were chained and it is at SawaSound Studio , in the expert hands of Amir El Sawah (inge-son, producer and founder of the studio of the label Sweet Waters) that recordings and mixings will be assured. On the advice of FabWize, Pabloentrusts his mastering to Simon Capony of Studio Basalte . Two clips made by Noswil Productions are already available on YouTube and download: In My Arms and New Day , announcing regular video releases. The album "New Day" is available now in digital pre-order. We find on the tracklisting a nice range of guests: King Lorenzo on UNITY , Lyricson on Real Friends and Ilements on Ruff Time .
So many ingredients that make "New Day" a current album, unique, original and well thought out, a real achievement. 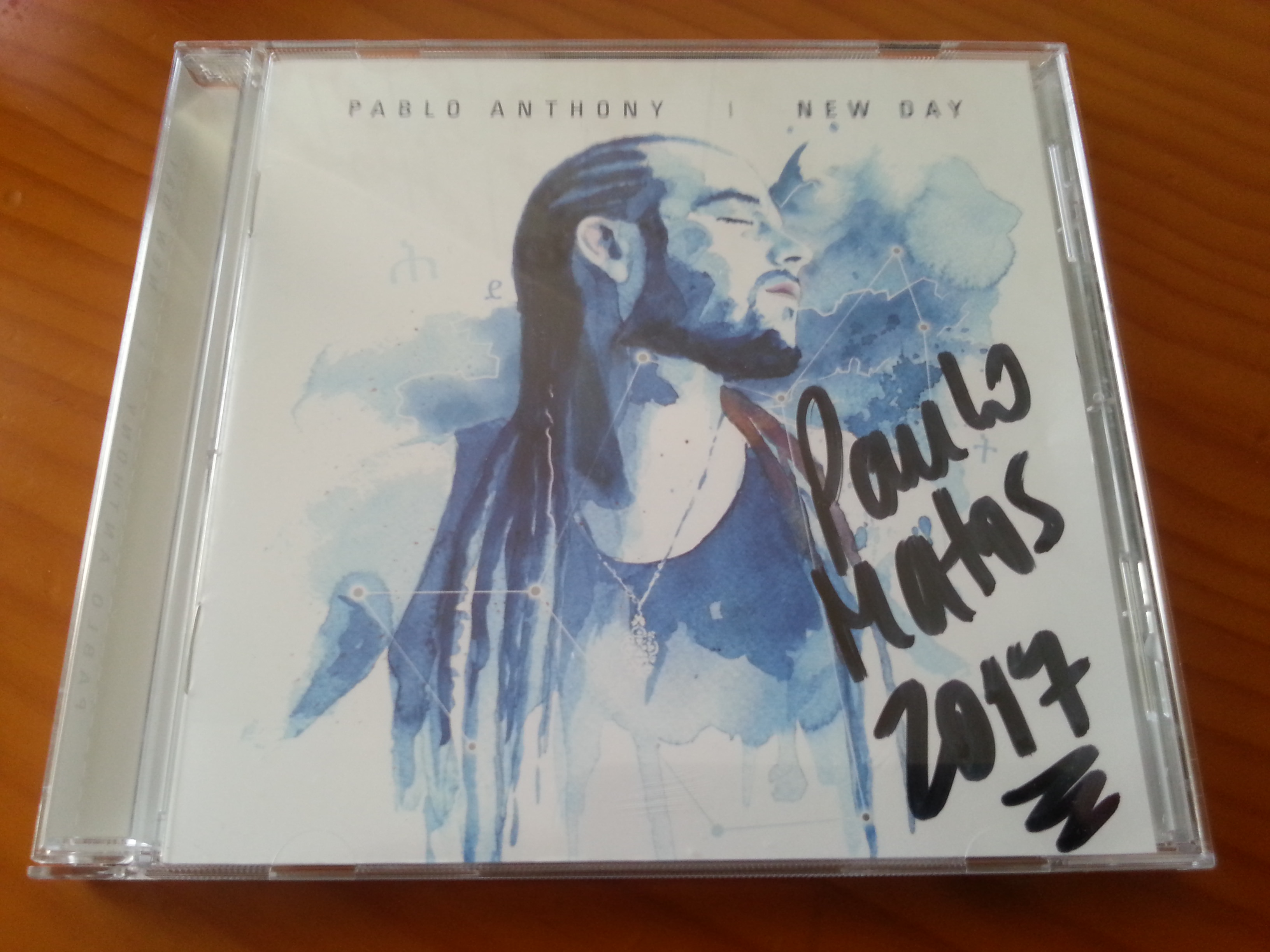 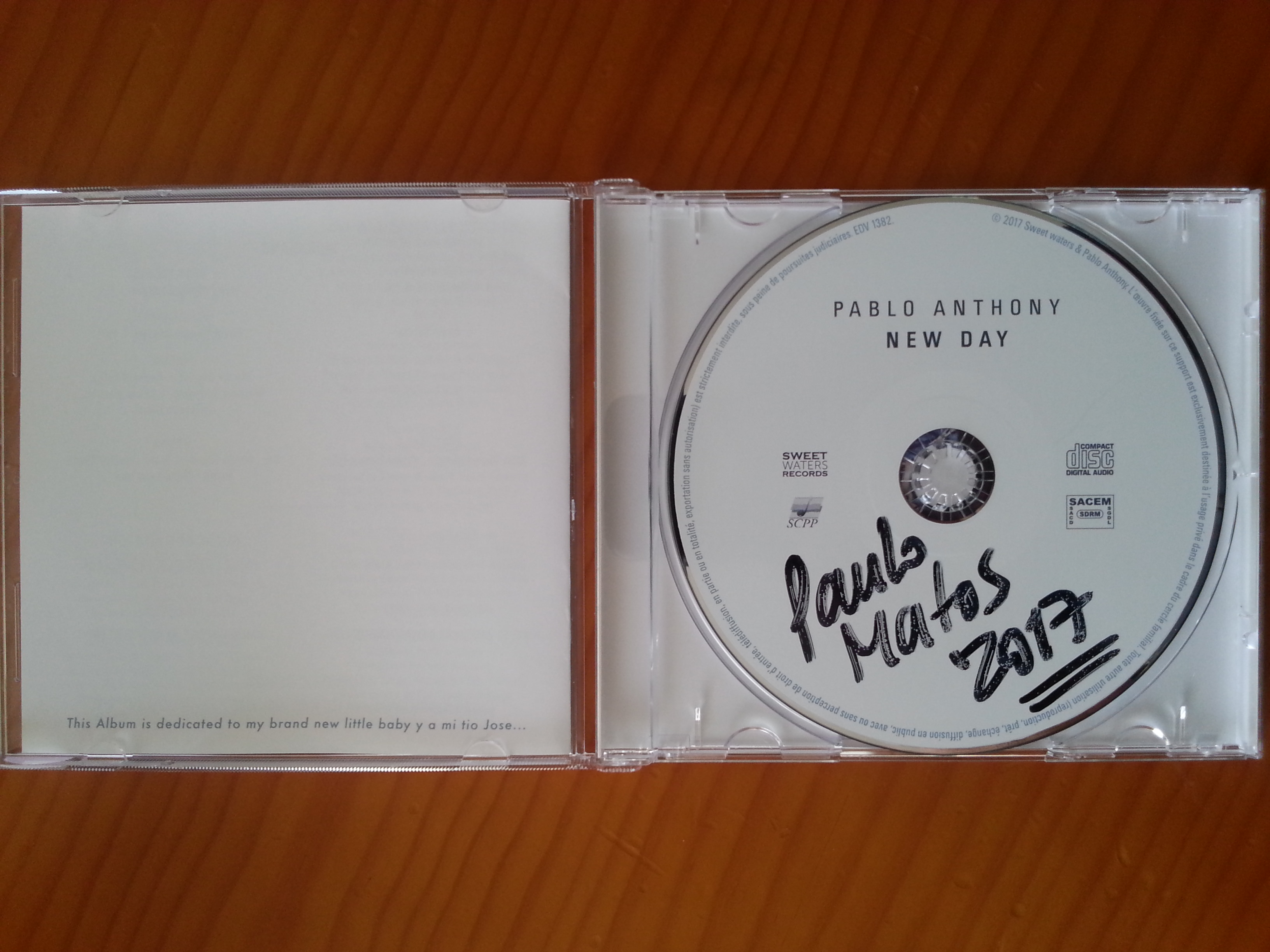 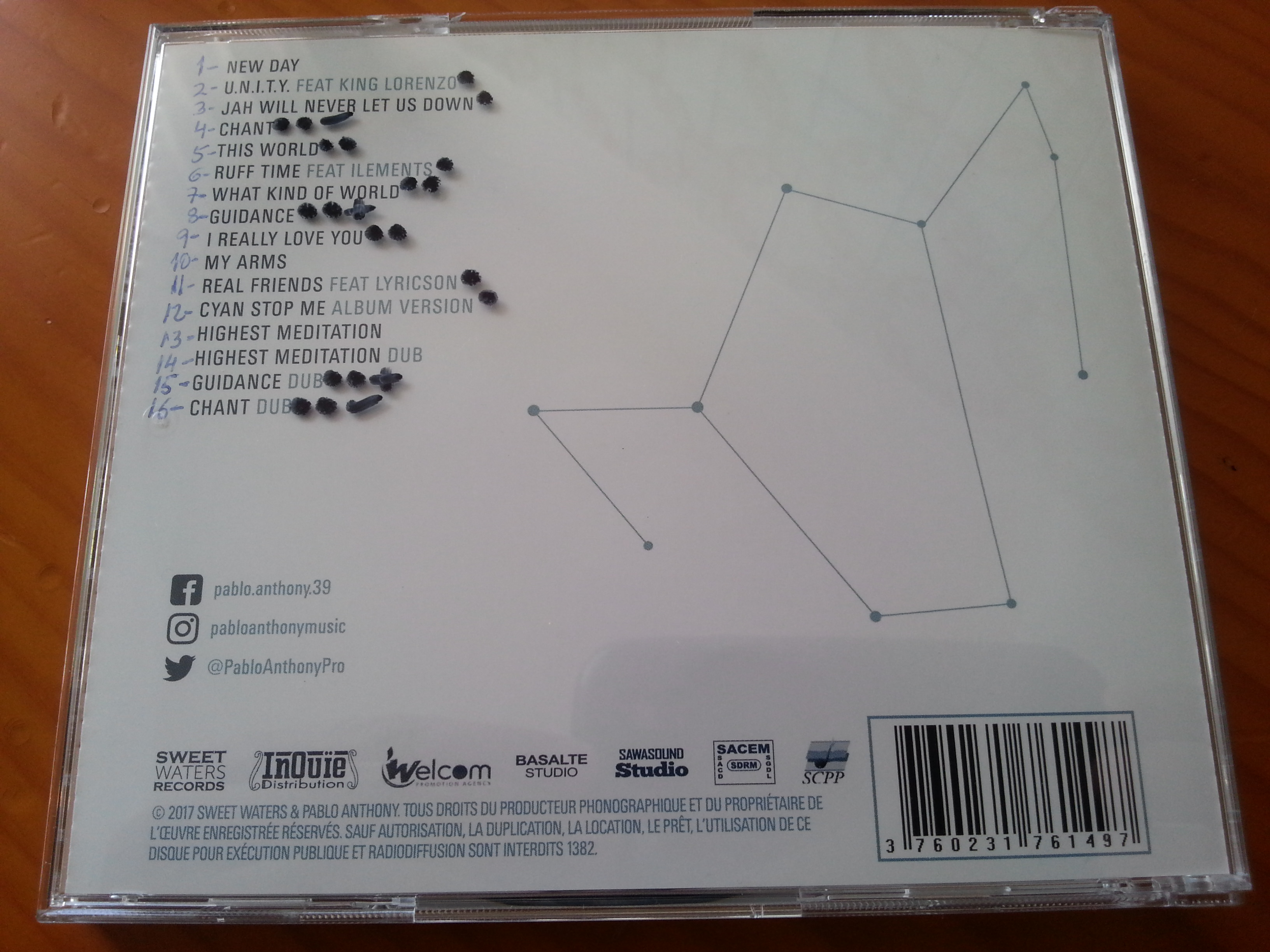