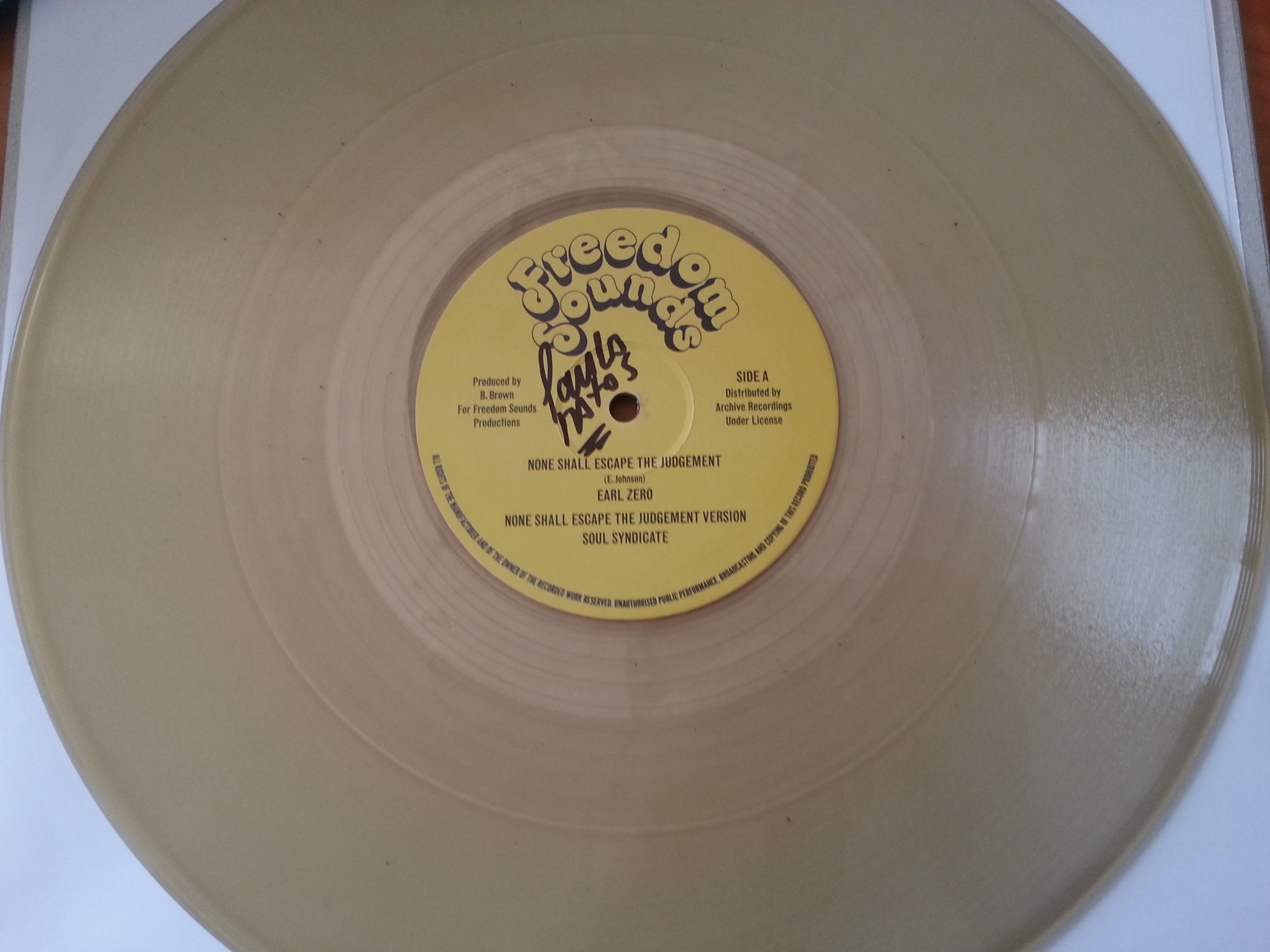 Earl Zero is a foundational figure in the roots reggae scene of '70s Jamaica. Working with producer Bunny Lee on this self-penned piece, it was originally given to the more established singer Johnny Clarke in 1975 and went on to become a hit. It wasn't until 1980 that Earl's own version came out on Epiphany Records and saw similar success. "None Shall Escape The Judgement" is a crucial cut that rides on a higgledy-piggledy rhythm section as bass twangs and rim shots peel off the groove. Earl's buttery, blissed out and heartfelt delivery soars up top next to celebratory trumpets to seal the deal in style.
KILLER ! 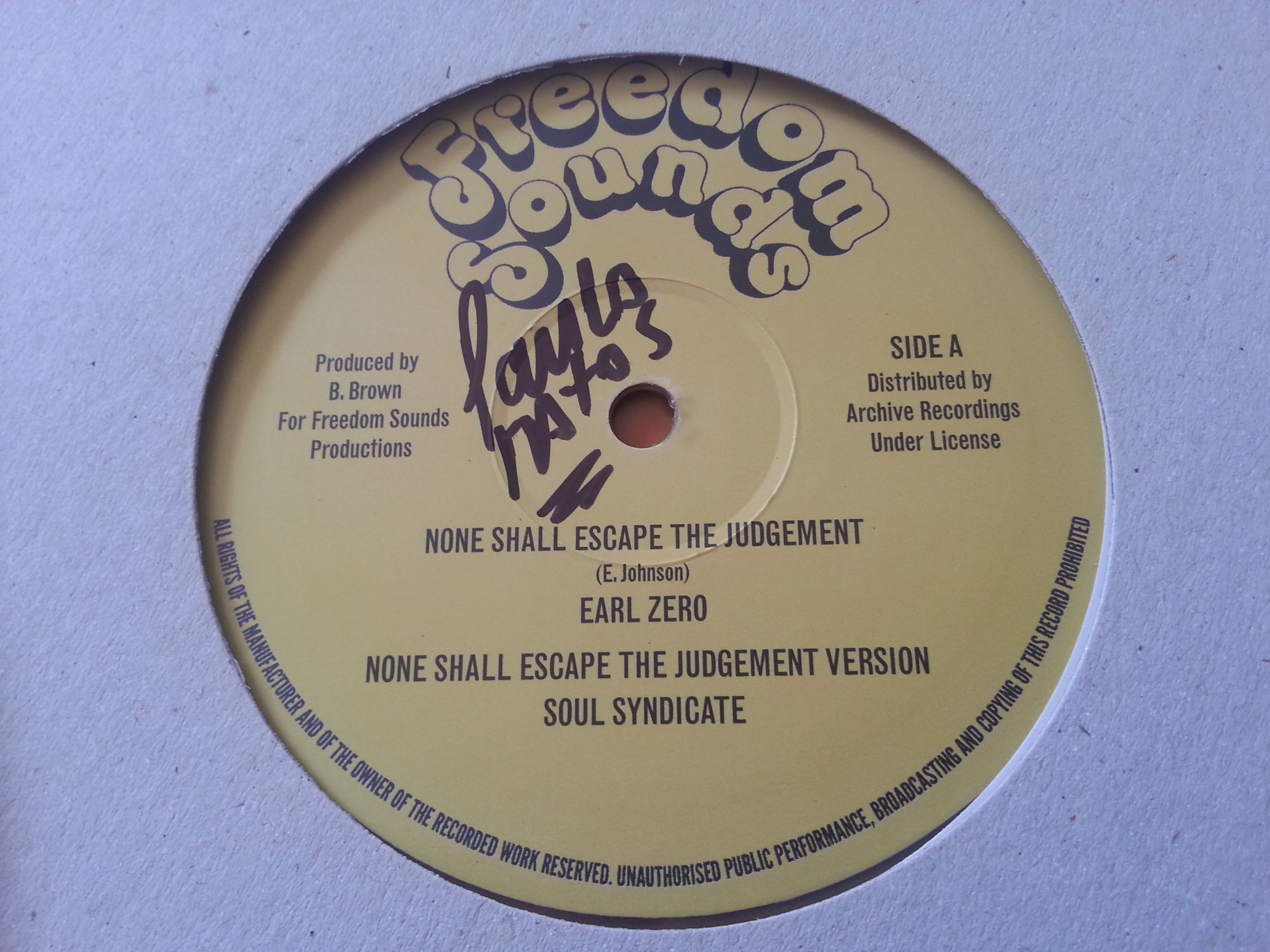 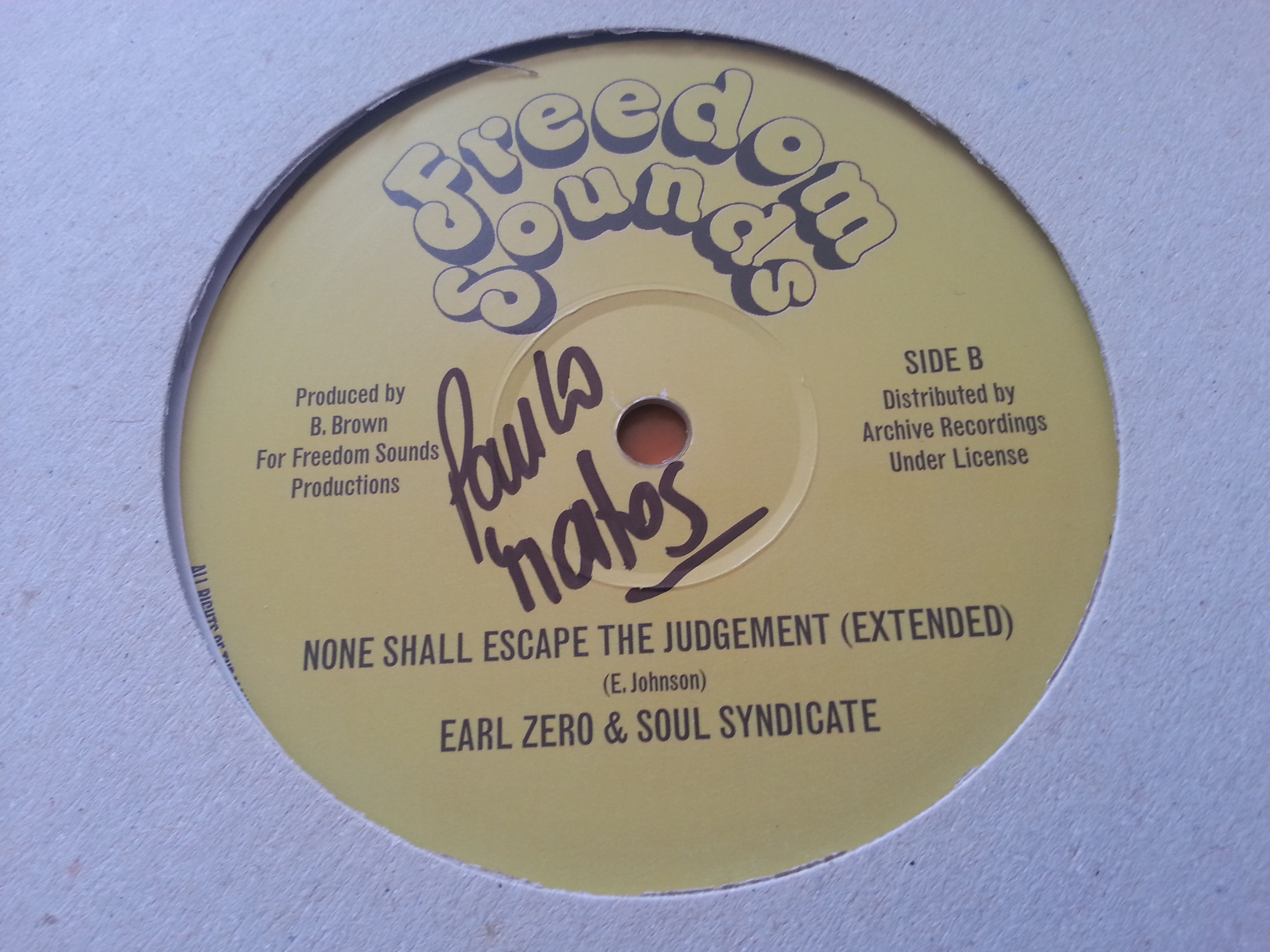