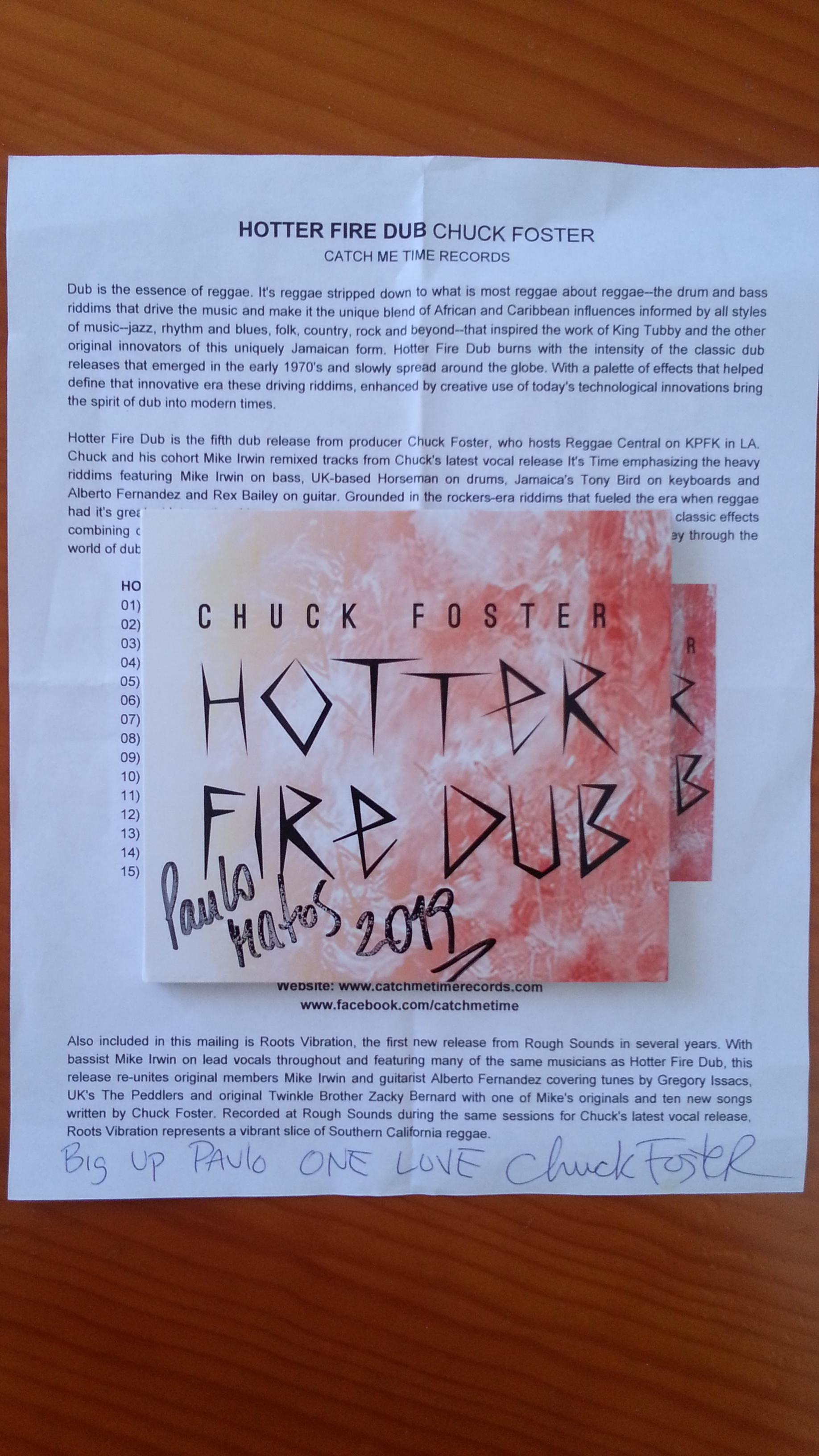 The latest dub release from Catch Me Time Records dubs up tracks from Chuck Foster's current vocal release It's Time. Fifteen dubs featuring musicians Mike Irwin, Tony Bird, Alberto Fernandez, Horseman, Rex Bailey and Chuck Foster mixed by Mike and Chuck and Rough Sounds Studio in Redondo Beach call to mind the classic dubs of the seventies. Hotter Fire Dub is the fifth dub release from longtime reggae veteran Chuck Foster following Conscious Dub, Righteous Dub, California Dubbin and Rebel Dub.
"Dub has always been one of my favorite aspects of reggae," says Foster. "Dub is really the essence of
reggae, bringing forward the things that are most reggae about the music--the drum and bass riddim and the interplay of echo and reverb to create an entirely distinctive music that inspired everything from the DJ style to Hip/Hop and remix. Dub is a musical innovation that is uniquely Jamaican and one of many musical gifts Jamaica has bestowed on the world." Tracks like "Barometric Pressure Dub," "Dub Elevation" and "Dub Transparency" take a fresh approach to classic dub while staying true to the tradition of innovation that made this approach to music one of the most exciting new approaches to come along in many years.

Track-list:
01) What Happened To Dub 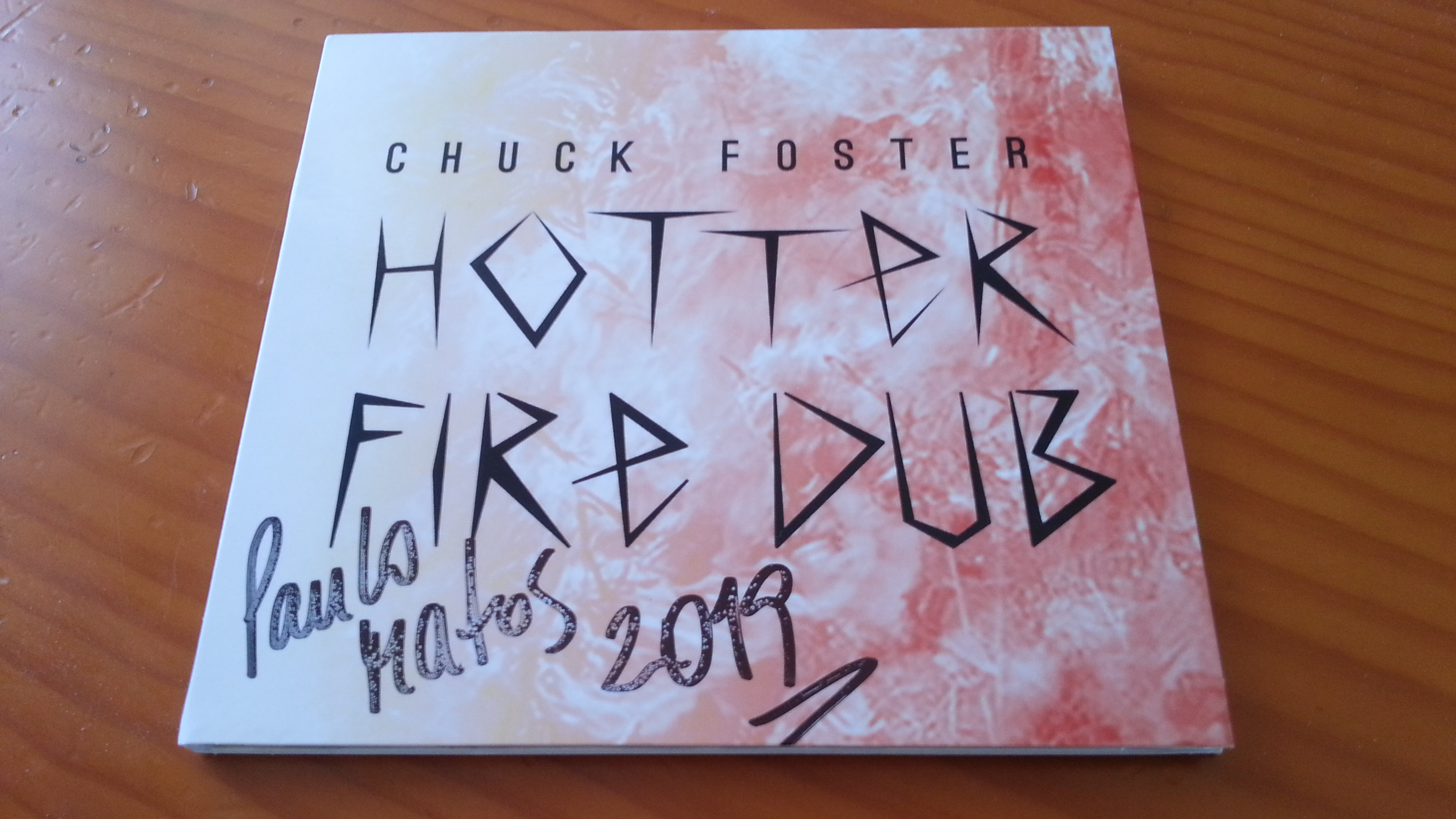 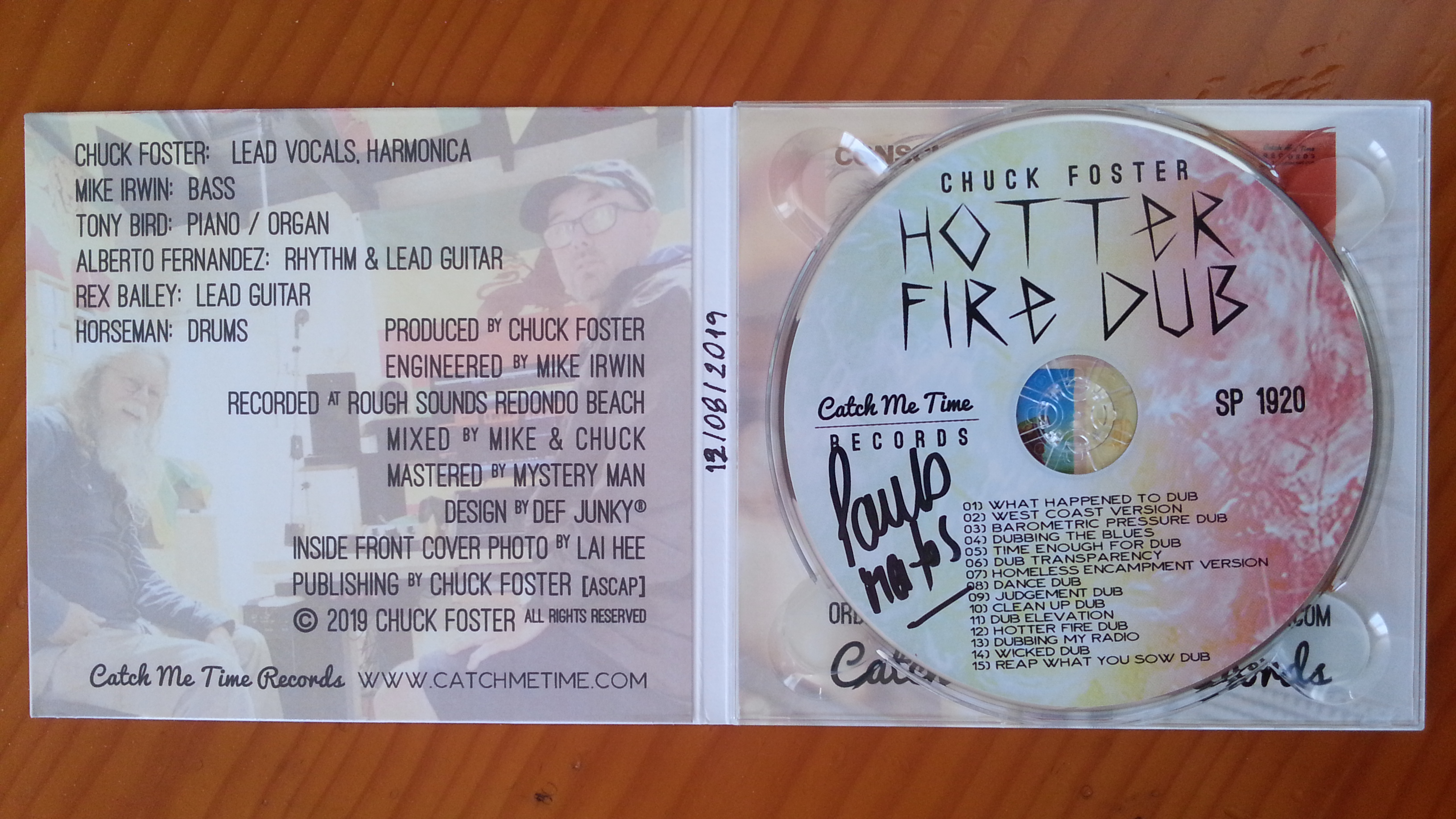 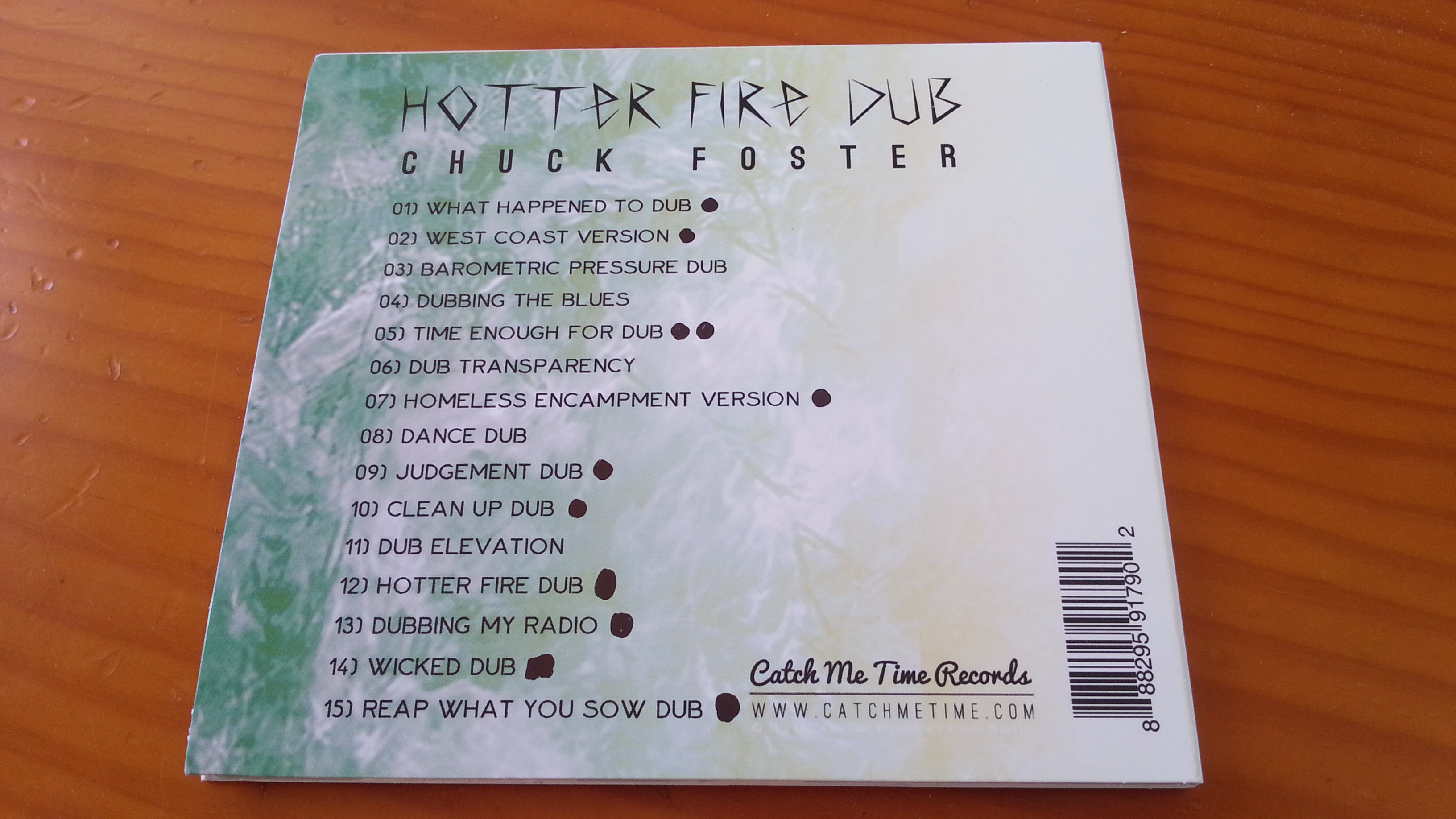