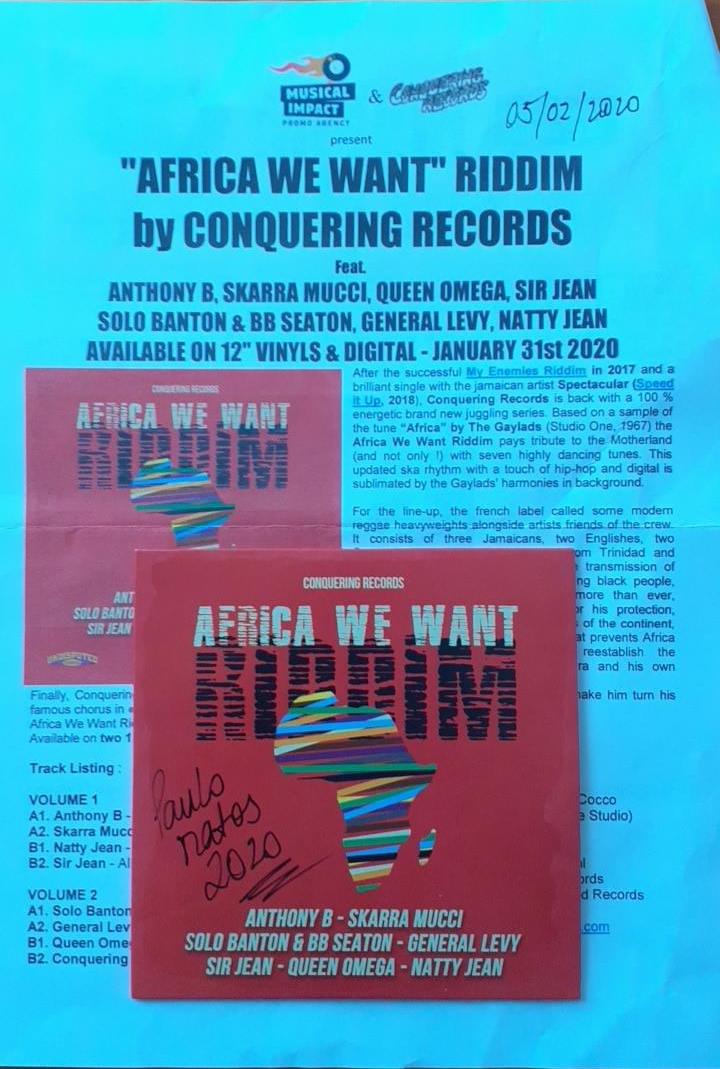 After the successful My Enemies Riddimin 2017and a brilliant single with the jamaican artist Spectacular (Speed it Up, 2018), Conquering Records is back with a 100 % energetic brand new juggling series. Based on a sample of the tune "Africa" by The Gaylads(Studio One, 1967) the Africa We Want Riddimpays tribute to the Motherland (and not only !) with seven highly dancing tunes. This updated ska rhythm with a touch of hip-hop and digital is sublimated by the Gaylads' harmonies in background. For the line-up, the french label called some modern reggae heavyweights alongside artists friends of the crew. It consists of three Jamaicans, two Englishes, two Senegaleses and one female artist from Trinidad and Tobago. Anthony Bworries about the transmission of knowledge about african origins to young black people, Skarra Mucciasserts his Africanity more than ever, General Levygives thanks to Jah for his protection, Queen Omegaemphasizes the richness of the continent, Natty Jeandenounces the corruption that prevents Africa from emancipation and Sir Jeanreestablish the connection between the whole diaspora and his own history. Finally, Conquering Records called BB Seaton, the lead singer and lyricist of The Gaylads, to make him turn his famous chorus in « Sound system we want to go » with the help of Solo Bantonon verses. Africa We Want Riddimis a series made for selectors and music fans in general. Available on two 12'' vinylsand on all digital and streaming platforms.