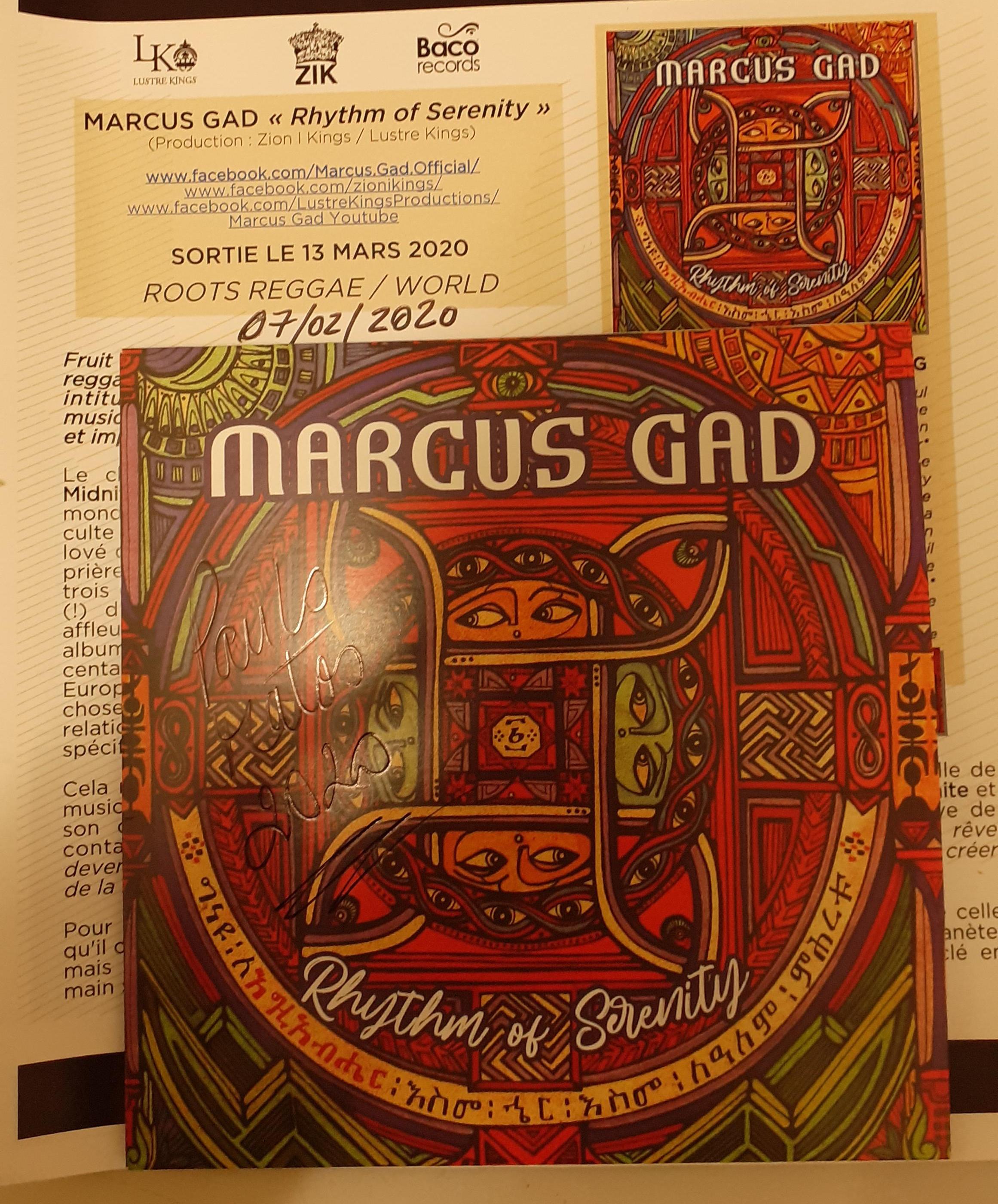 The fruit of an unprecedented collaboration in the history of French reggae, Marcus Gad's second album Rhythm of Serenity highlights music that takes its time, that of reflection, and imposes its own artistic signature.

The Caledonian singer is one of the children of Midnite, this group from the Virgin Islands which rocked the world of reggae in the 2000s, which became cult in a decade with its low tempo music coiled in the bass, its chant chanted like a prayer that ends by captivating you, his three or four hour concerts to the taste of UFO, his dozens (!) of albums released every year ... The influence was already outcropping in 2017 in Chanting, the first album by Marcus Gad, which he defended over a hundred times on stage, in France and in Europe. In his musical approach, there is something very organic, a desire to be in relation to the elements, to create a specific atmosphere.

This was not lost on the American Andrew “Moon” Bain, one of the pillars of the family of musicians and producers called Zion I Kings, who collaborated a lot with… Midnite and his singer Akae Beka, who died in November 2019 It was he who took the initiative to contact Marcus two years ago to offer to work together. "A dream was coming true," sums up the young man. “It’s not everyone's place to create music with artists who have influenced you. This is a great chance. " To give shape to this collaboration, the approach was necessarily different from the one he knew. Firstly because it started from a distance, on both sides of the planet, but especially because Marcus' partners provided him with "turnkey" instru. It's up to him to enter their universe, with his personality, his sensitivity.

Compatibility has been found to be complete. Obvious, even. This instant working method, with a natural approach to music, was perfect for the 29-year-old singer who already has a solid background. And not just in terms of musical experiences. He who prefers to speak of "Kanaky" rather than New Caledonia and grew up on this French overseas territory, 16000 kilometers from the mainland, came to reggae "naturally": it must be said that the rhythms of Jamaica have found in this archipelago of the South Pacific a land to prosper. They are part of everyday life, and have mixed with the local rhythmic landscape, in particular kaneka. This endemic style also counts among Marcus' sources of inspiration, "in terms of messages, sounds, melodies," he assures, recalling in passing what he owes to A7JK, a popular kaneka group. who helped him in his artistic ascent (and whom he invited back on Chanting). First Soul Talk EP for the domestic market in 2015; the next, Purify, in 2016.

From India which he discovers at 18 and to which he paid homage in the EP Enter A Space in 2019, to Ethiopia where he stays three times long, via Central America, Marcus Gad is animated by an insatiable thirst for learning: permaculture, community life methods ... He seeks knowledge in the field more than in books and classrooms, putting in his travels "barefoot, hitchhiking and no money" the same seriousness that he would have put in university studies. Traveling the world has not removed him from his affinity roots. On the contrary, it has only strengthened his attachment to the Kanak land, his tribes and their culture, of which he wants to be "a worthy spokesperson". With the album Rhythm of Serenity, there is no shortage of arguments.

"When Moon came with riddims, I was listening to them and an hour or two later I was on the microphone to record what I had scratched on a piece of paper in the meantime. Gross. Rhythm of Serenity was done like this, written in less than an hour, and something magical happened to us who were in the studio when the song was sung. That's why we chose to make it the title of the album. And then "the rhythm of serenity", it represents what we do: calm reggae with a spiritual message. Music that calms, to be serene. It’s a good standard for this album. "

"This is my first song in French - in general I find English more fluent indeed. But here I wanted to address my people, mine in New Caledonia. Power is a cry from the heart for indigenous people, wherever they are, to keep their traditions, to stay what they are, to keep the faith. It is dedicated to the Kanak people. It was essential for me that my first song in French testified to this history, this culture and its presence in the world. "

Music to Feed the Soul ! 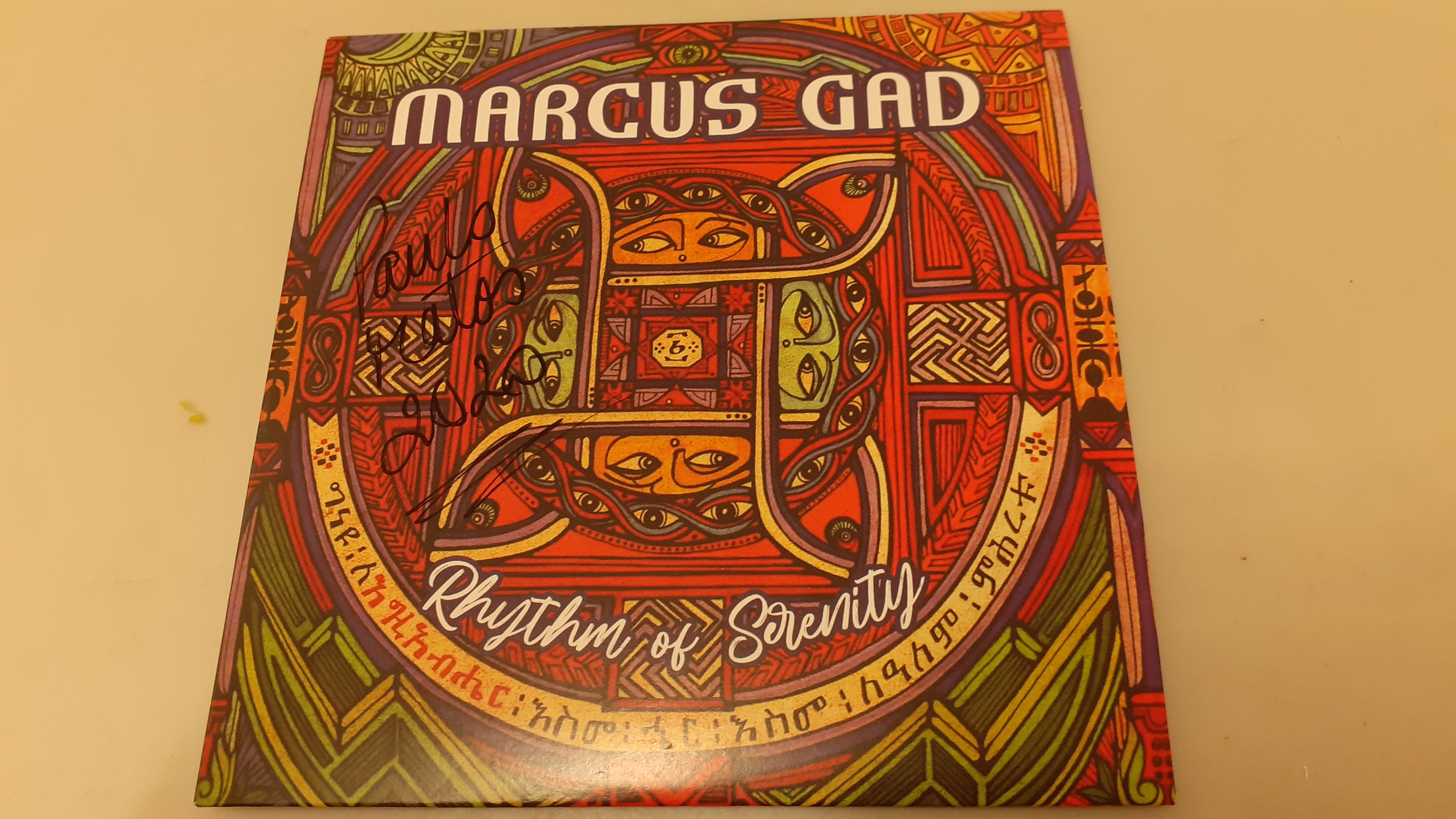 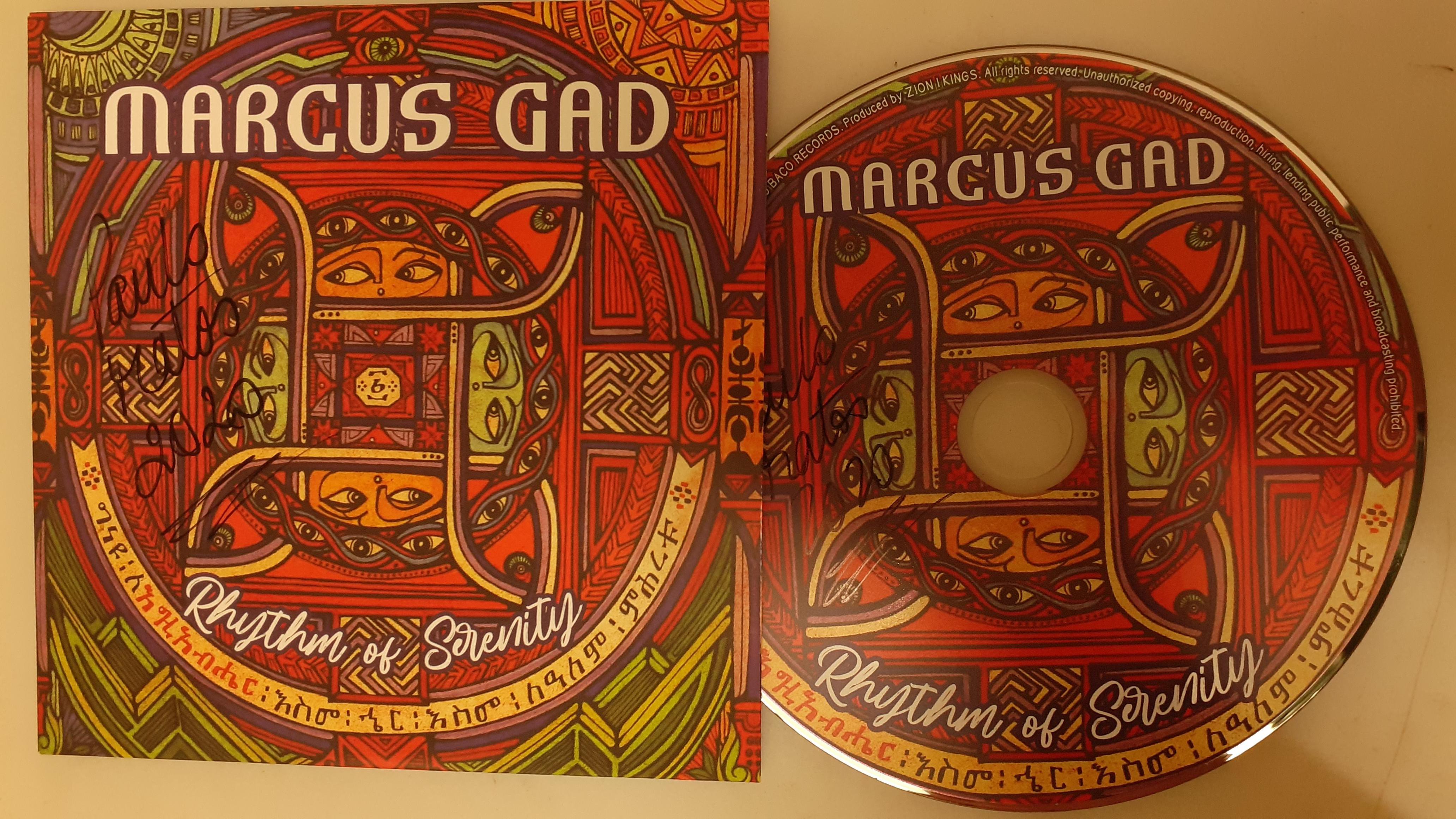 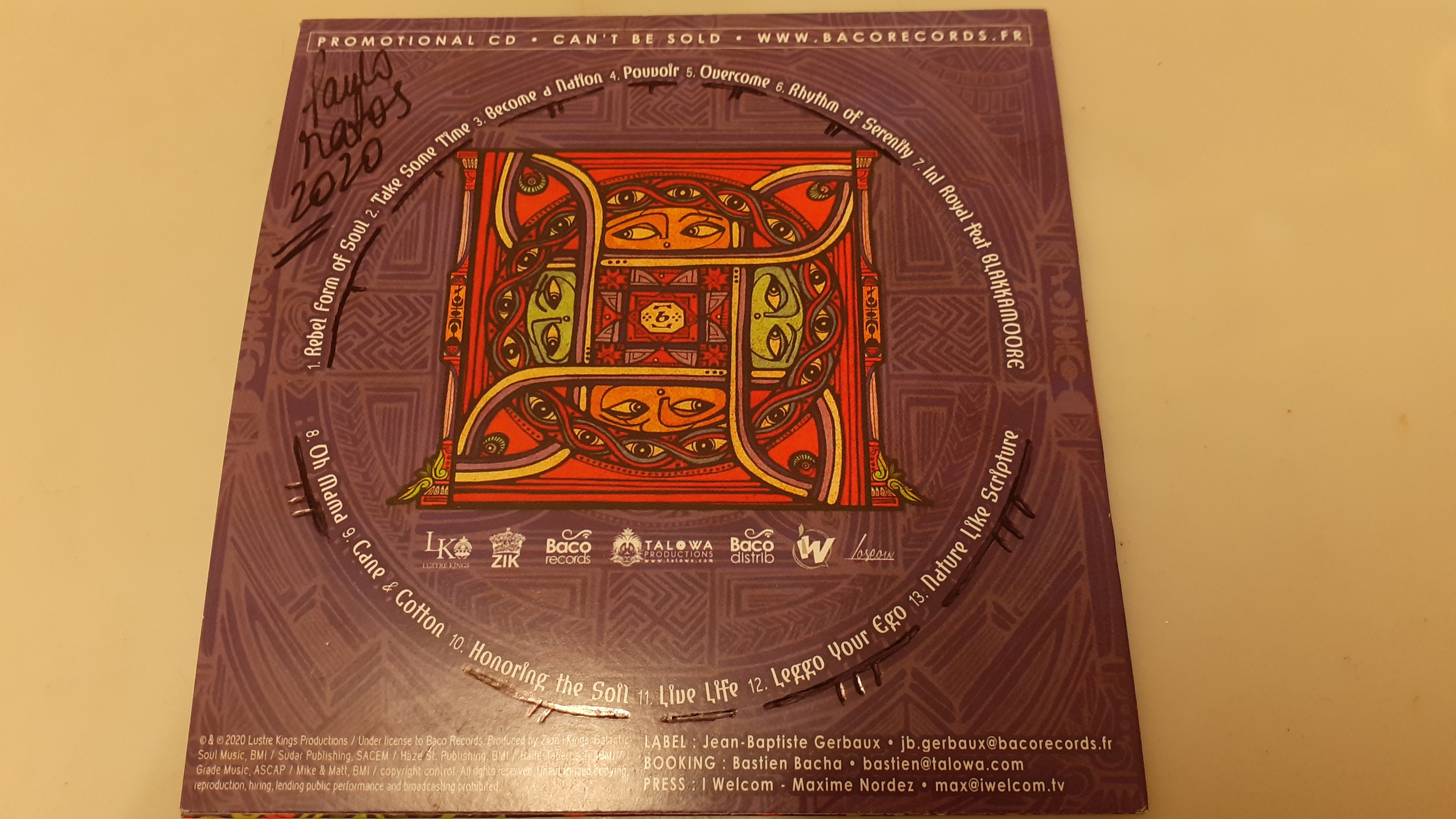