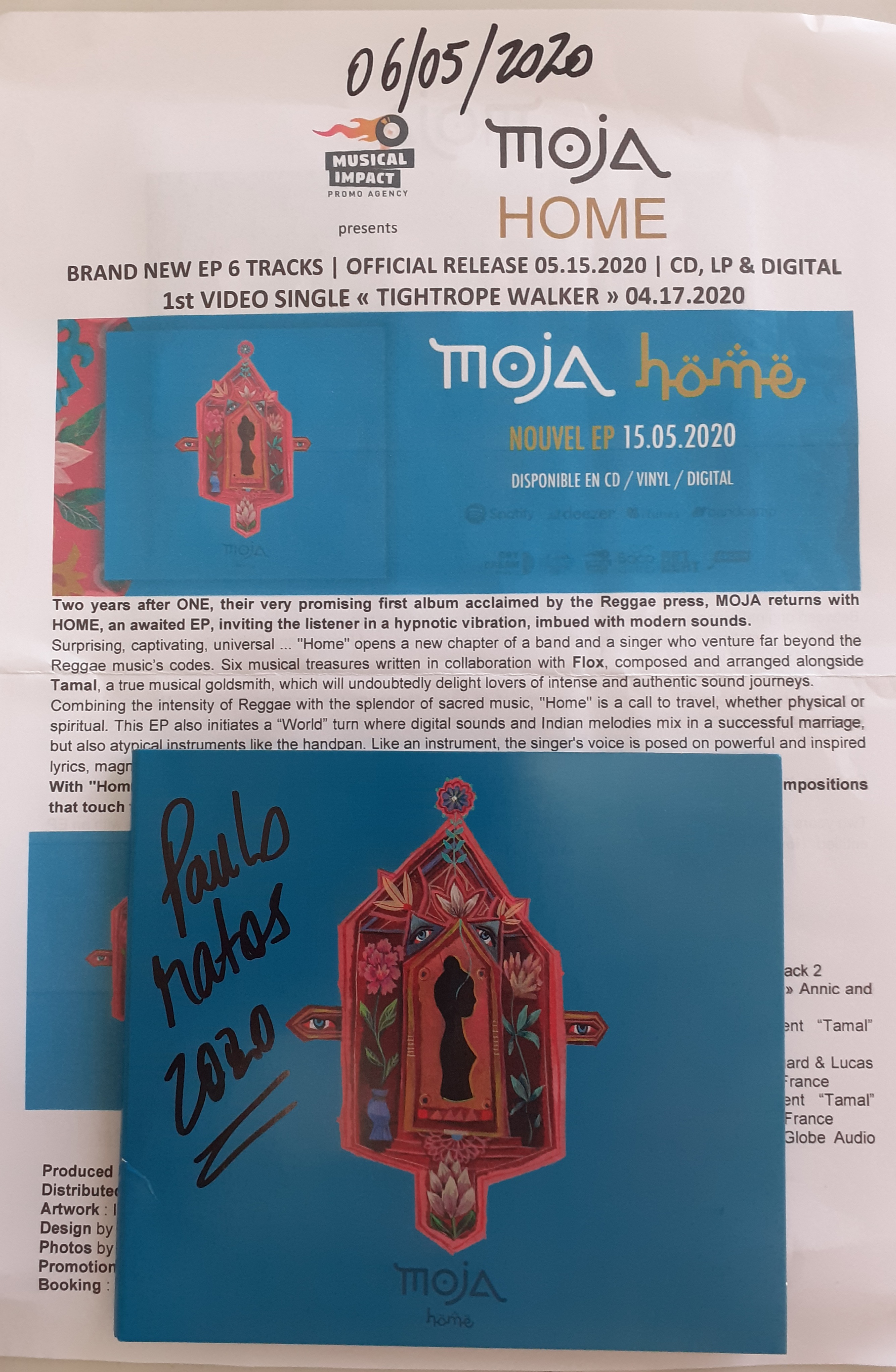 Two years after ONE, their very promising first album acclaimed by the Reggae press, MOJA returns with HOME, an awaited EP, inviting the listener in a hypnotic vibration, imbued with modern sounds. Surprising, captivating, universal ... "HOME" opens a new chapter of a group and a singer who venture far beyond the reggae codes. Six nuggets written in collaboration with Flox, composed and arranged alongside Tamal, a true musical goldsmith, which will undoubtedly delight lovers of authentic and inspired sound journeys.
An obvious connection from the first notes of "Tightrope Walker", the first single released by Moja, where the presence of the famous Indian violinist Sukhdev Prasad Mishra and the arrangements of great finesse, herald the group's "World" turn.
Between original organic rhythms tinged with sounds of the world and heavy and hypnotic bass-drums groove, the music of Moja is an invitation to travel, drawing its inspiration from the sources of Reggae / Dub while sailing on the shores of Soul and World usic. Magnified by the powerful and bewitching voice of its singer Mamatya, the message carried by Moja is that of a sincere commitment for humanist and universal values, through texts and melodies which, like mantras, bring into resonance the soul and body.
On stage, pieces like "Another Way", "One" or even "Higher" take the audience into a meditative and dancing collective trance. Two years after the album "One" which revealed the group on the new French Reggae scene, MOJA returns with an EP entitled "Home", a nugget announcing itself as a cool spring breeze and which extends well beyond across borders.

4. Citizen Of The World

6. Slow Down Your Mind

All songs written by Mamatya and Flox

All tracks composed by Tamal & Mamatya

Arranged and mixed by Tamal at Stereobox Studio, Paris, France 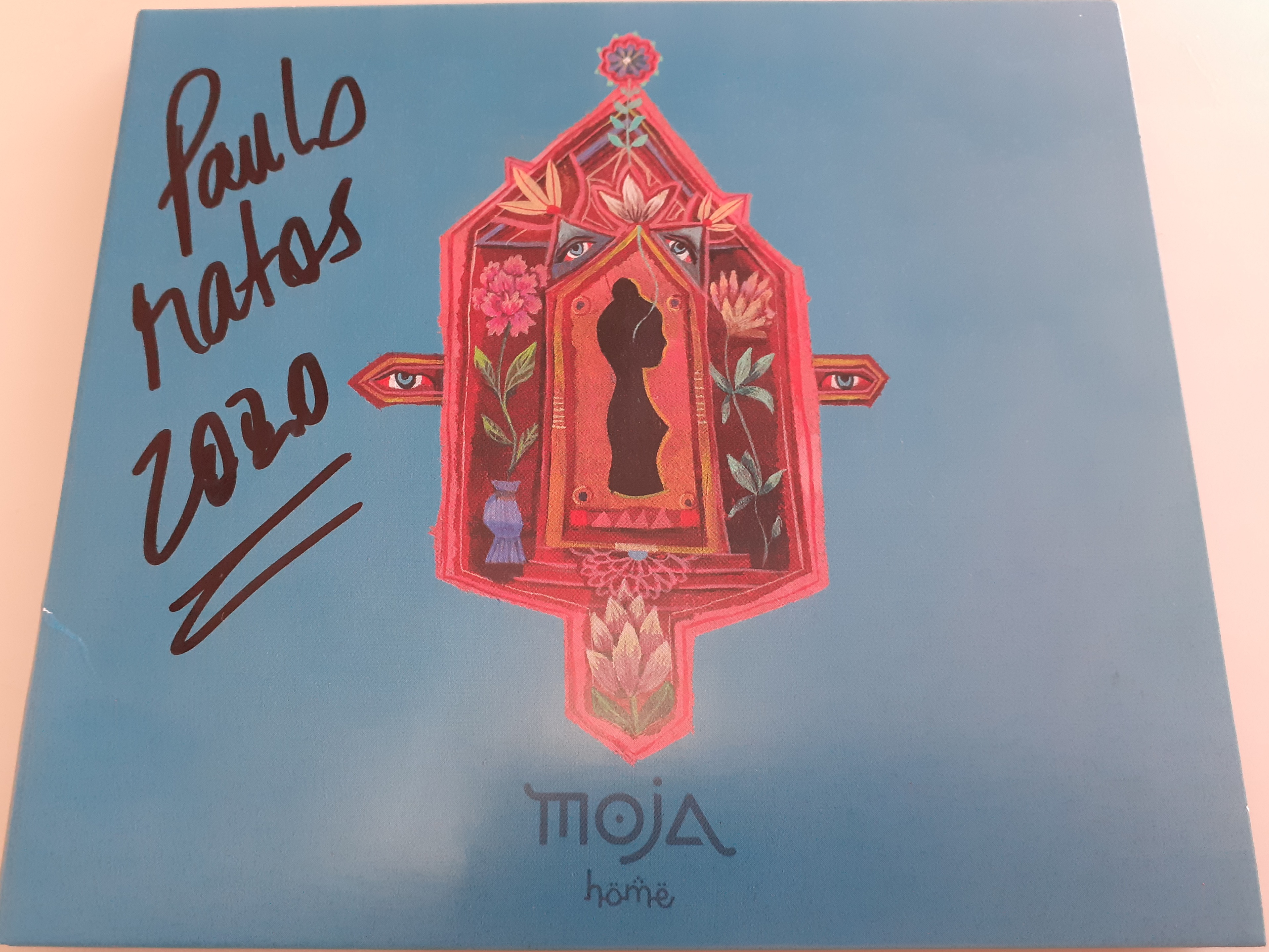 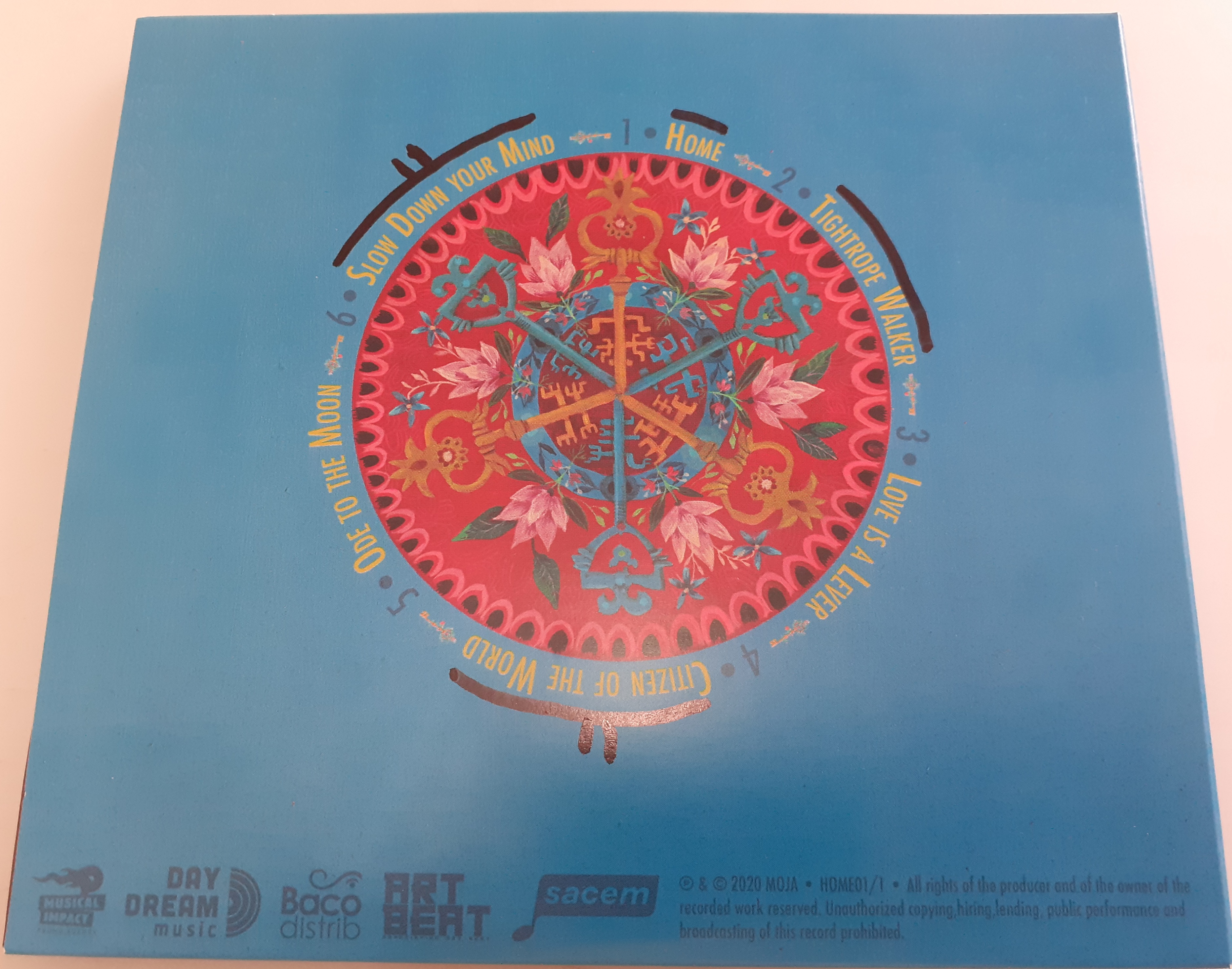