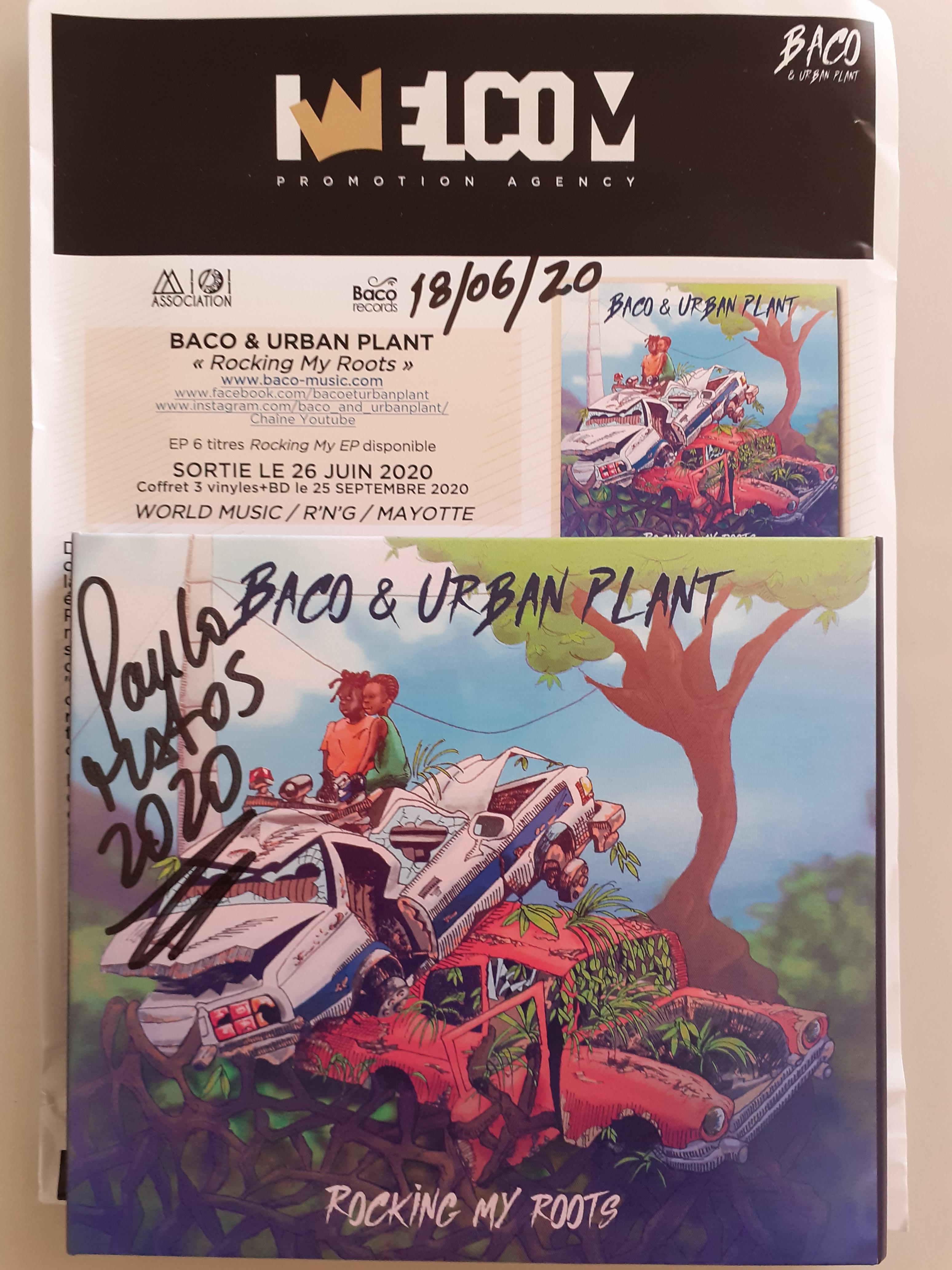 For many years, the musician, author, composer BACO, distinguished himself as an activist leader of Mahoran culture. Embracing the 10-year-old electric guitar, which he never left, then disembarking in Paris, from the rainforest to the concrete jungle, his music will be forever marked. Very quickly, the unconventional tones of his compositions, inspired by the rhythm of the "N'Goma" drums of his native island, his warm and warm voice and his conscious texts will point him out and play on many stages and festivals that mark the spirits and welding some communities of French fans.
From his first albums where the artist goes in search of his own style, to progressive experiments between rock, reggae, blues and traditional folklore, BACO invents this unusual genre called "R’n’G" intoxicating, fascinating. The experience of a journey which superimposes the musical creation of the African diaspora on the base of the African continent, nourished by its multiple meetings and collaborations with artists like: Keziah Jones, Hanifa Walidah (Brooklyn Funk Essentials) or even Earl Blaize ...
BACO carries a spiritual message of the possible harmonization of different cultures and peoples. He worked in the years 90-2000 between the ocean-Indian zone and the metropolis to this cultural emergence through concerts, cultural events, exhibitions, giving rise in particular to the production of albums “Kara lala” (Night & Day - 1998) “Questions” (Cobalt / Mélodie - 2001) and “Martyr's Blues” (Nocturne - 2003) with Manjul.
Also a sound technician trained at the Opéra national de Paris, BACO has produced numerous sound illustrations for several companies, notably RFI. He created the Hiriz Records label with his youthful Parisian reggae group, Hiriz Band, and produced the reggae album "Kinky Station" (Hiriz / Anticraft -2010).
The credo of Baco and his band Urban Plant is to bring to life the legacy bequeathed by black music to the heritage of current music through the R’n’G. A new and surprising style where the "R" represents this immeasurable contribution, rock, rap, reggae, and the "G" being the goma, drum in Bantu language, the African pulse. The R’n’G is a sound universe where genres are broken down and reconstructed and a musical journey with deep texts.
Composed of distinguished musicians (lead vocals, bass, drums, guitar, keyboard) and choirs, Baco & Urban Plant brings this innovation, this time before time, where the ternary meets binary awakening body and mind.
"Rocking my Roots" is the triple event album, distributed by Baco Records, which brings this brand new style to light. Each of the 23 titles it contains illustrates this journey with multiple stylistic and linguistic explorations towards a whole in which Baco, originally from Mayotte, questions, challenges, shakes up. A look that resolutely turns to the salvation of the dark continent. The release of "Rocking my Roots" is scheduled for June 26, 2020. It will be available on the market as a digisleeve and on all digital platforms.
A special “vinyl collector” version
- Released September 26, 2020 -
Sold directly by MIOI production including:
- A booklet containing the texts of the songs, with illustrations turned towards the human and his spiritual relationship to the environment, with an explanation of each of the titles
- A comic strip: a fiction starting in an ancient society, where Raza, the main character, discovers our world after having taken the corridors of time with the help of a celestial musical object fallen from the sky. 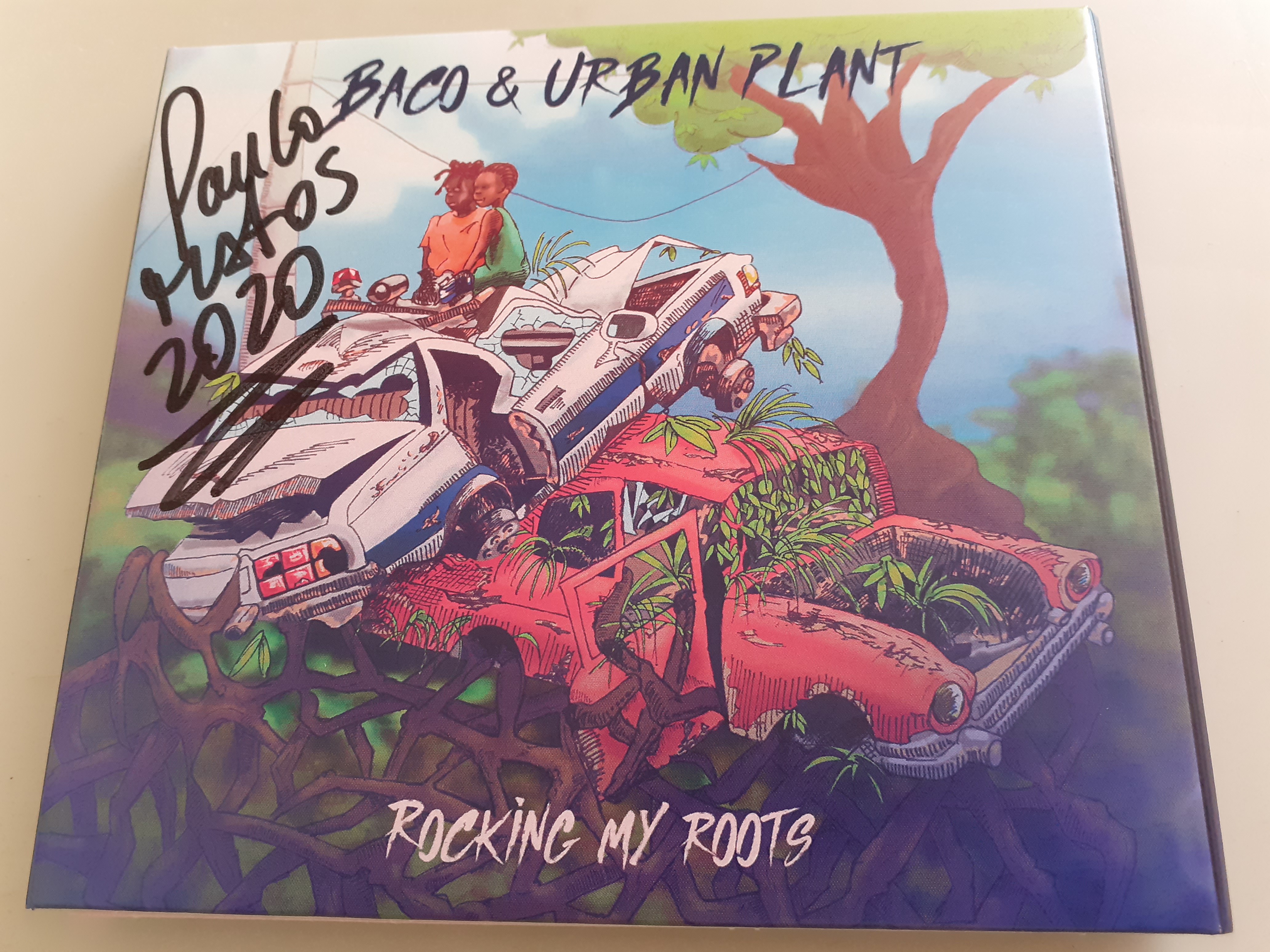 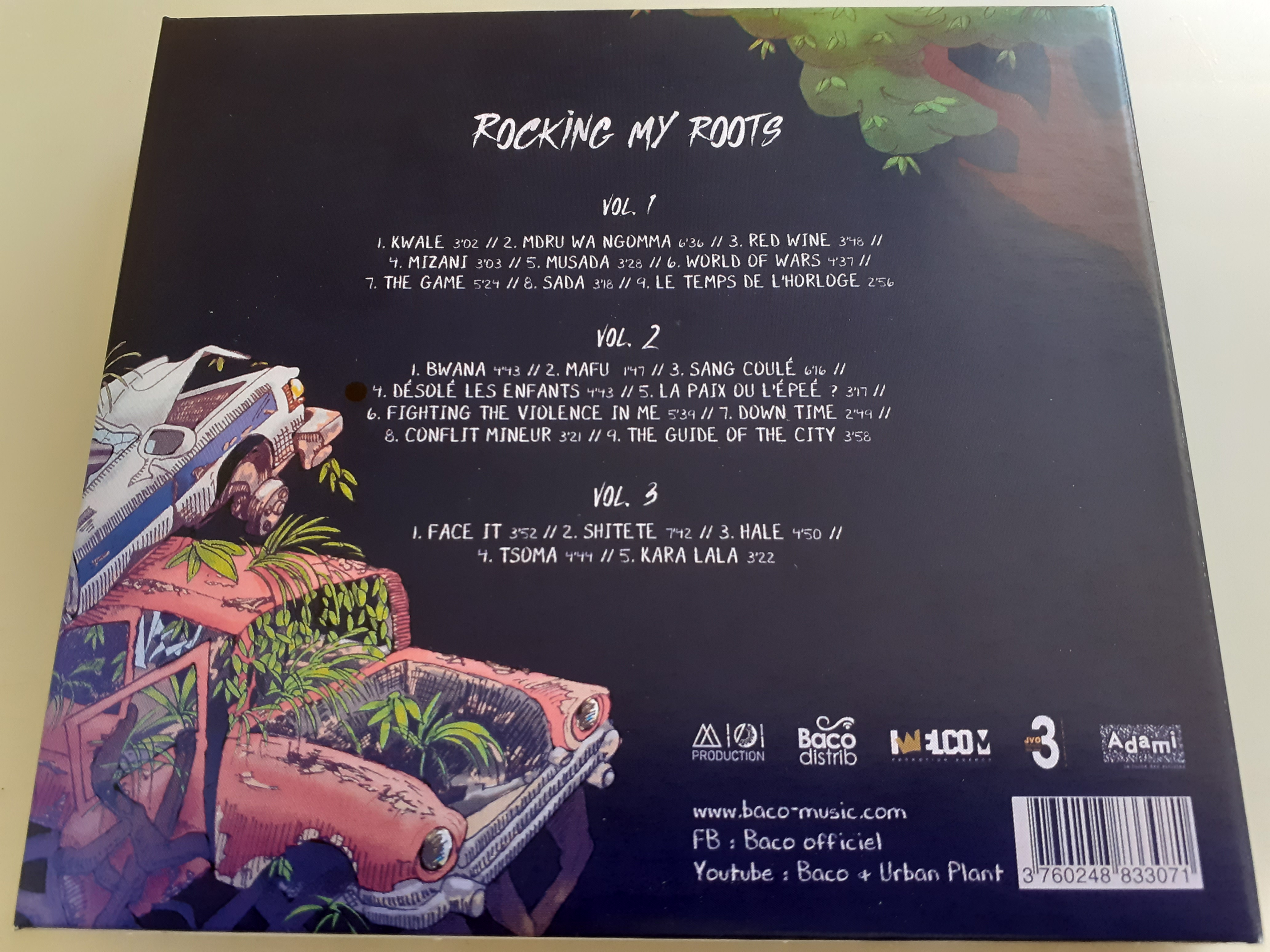