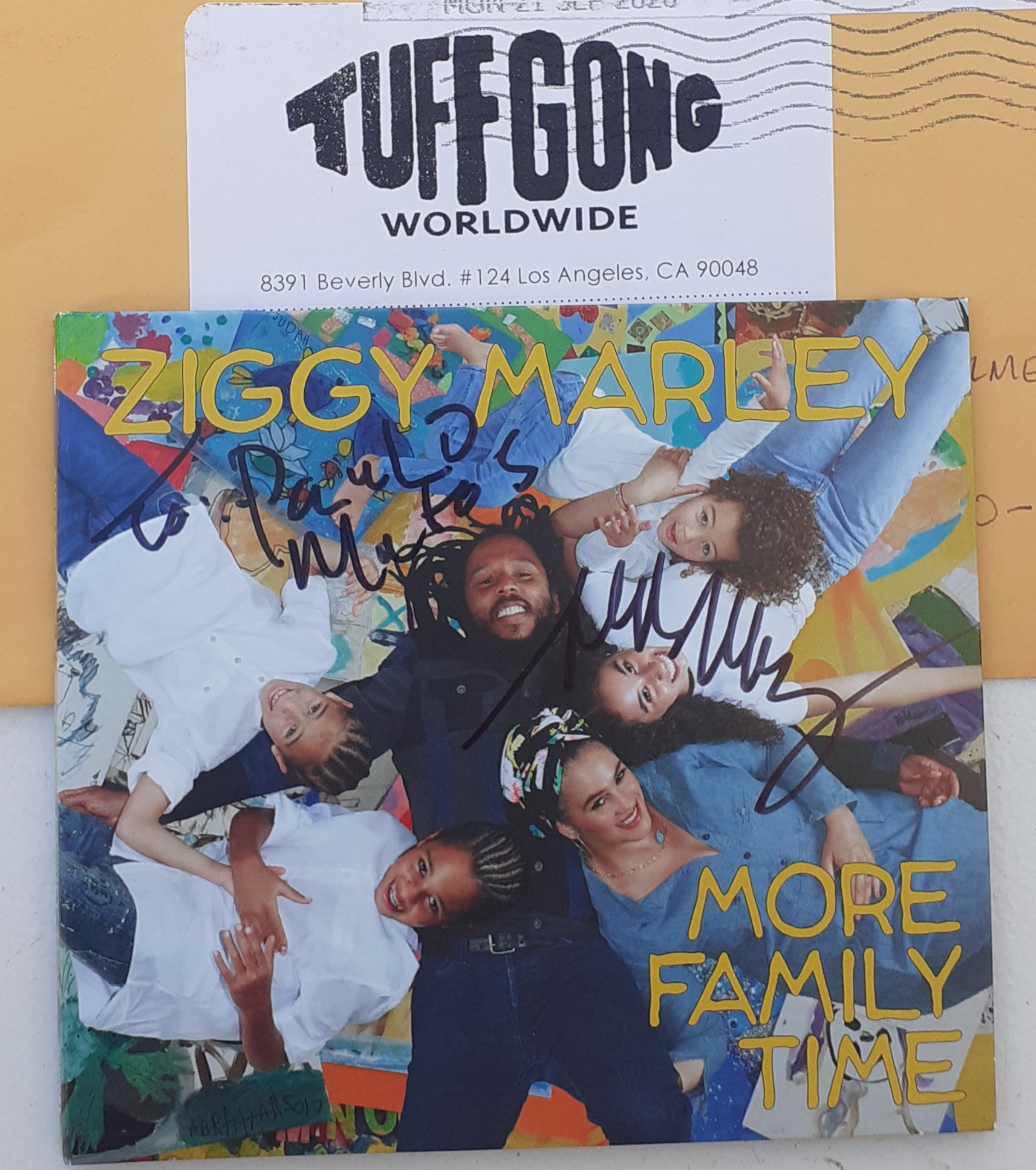 Grammy Award-winning reggae singer Ziggy Marley released his new family album, 'More Family Time', on Friday. The album is a follow up to his 2009 Grammy and Emmy winning album, 'Family Time'. To create the album, Ziggy aimed to capture the energy of his four-year-old son and put it into musical form, according to a press release which stated "the result will captivate children, while also keeping their parents engaged via (Ziggy's) signature reggae sound." Featured artistes on the album include Ben Harper, Sheryl Crow, Lisa Loeb, Tom Morello, Busta Rhymes, Angelique Kidjo, Alanis Morissette, Stephen Marley, and Jamie Lee Curtis reading her new book. Marley's children Judah, Gideon, Abraham and Isaiah also make special appearances, along with his puppy Romeo. A portion of proceeds from the album will benefit Ziggy’s 501(c)3 URGE, which supports the education, social development and overall well being of the Chepstow Primary School and the One Love Youth Camp, both in Jamaica. Ziggy will host a concert, drive-in style, on Saturday, October 24 at the City National Grove of Anaheim. There will be two sets, the matinee will be a kids’ focused set and the evening will be a more classic Ziggy performance, according to the press release.

Thank you Michelle and Ziggy Marley for the autograph !

1. 'Play With Sky' with Ben Harper

2. 'Everywhere You Go' with Sheryl Crow

3. 'Music Is In Everything' with Lisa Loeb

6. 'Please Excuse Me Thank You' with Alanis Morissette 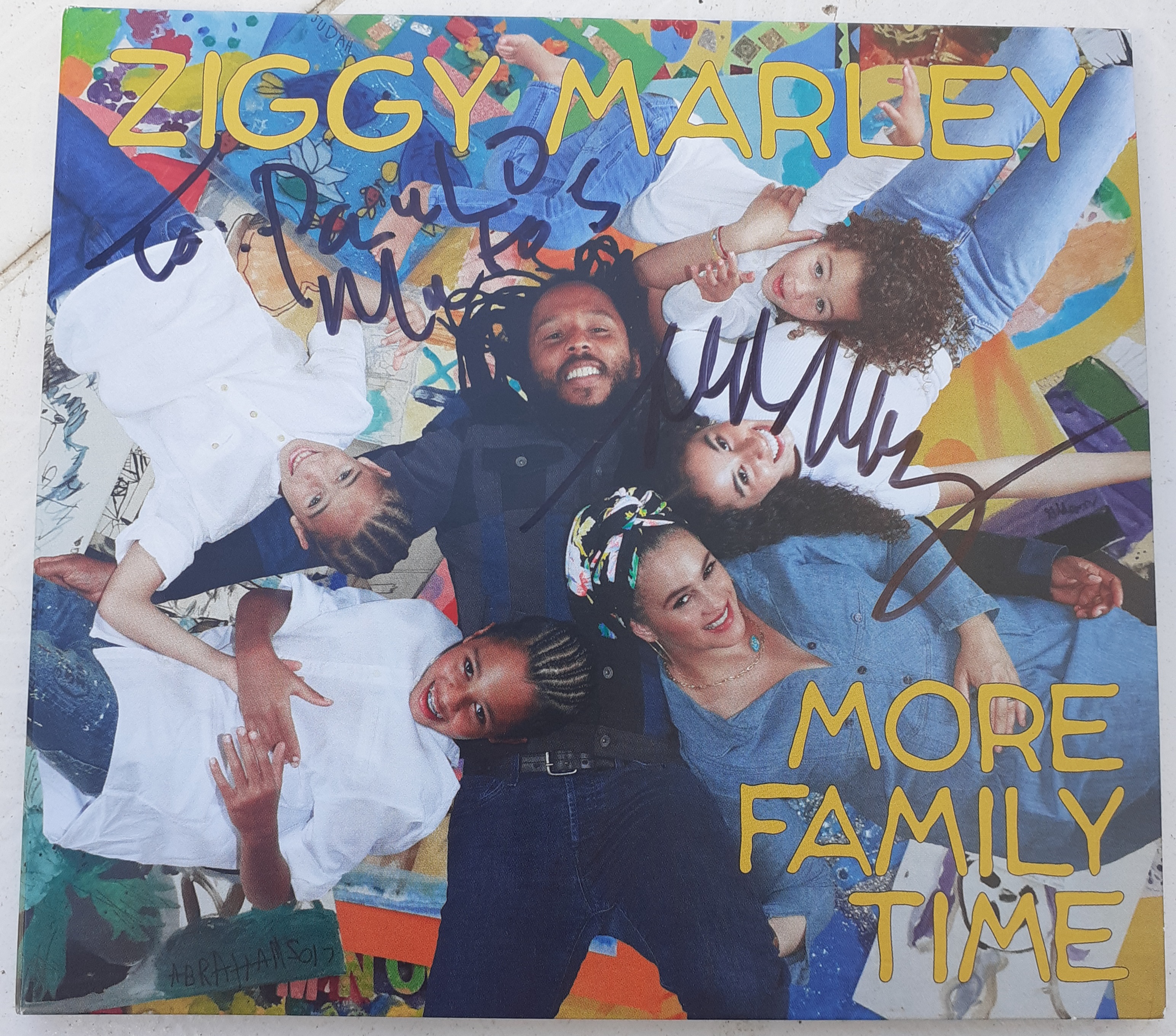 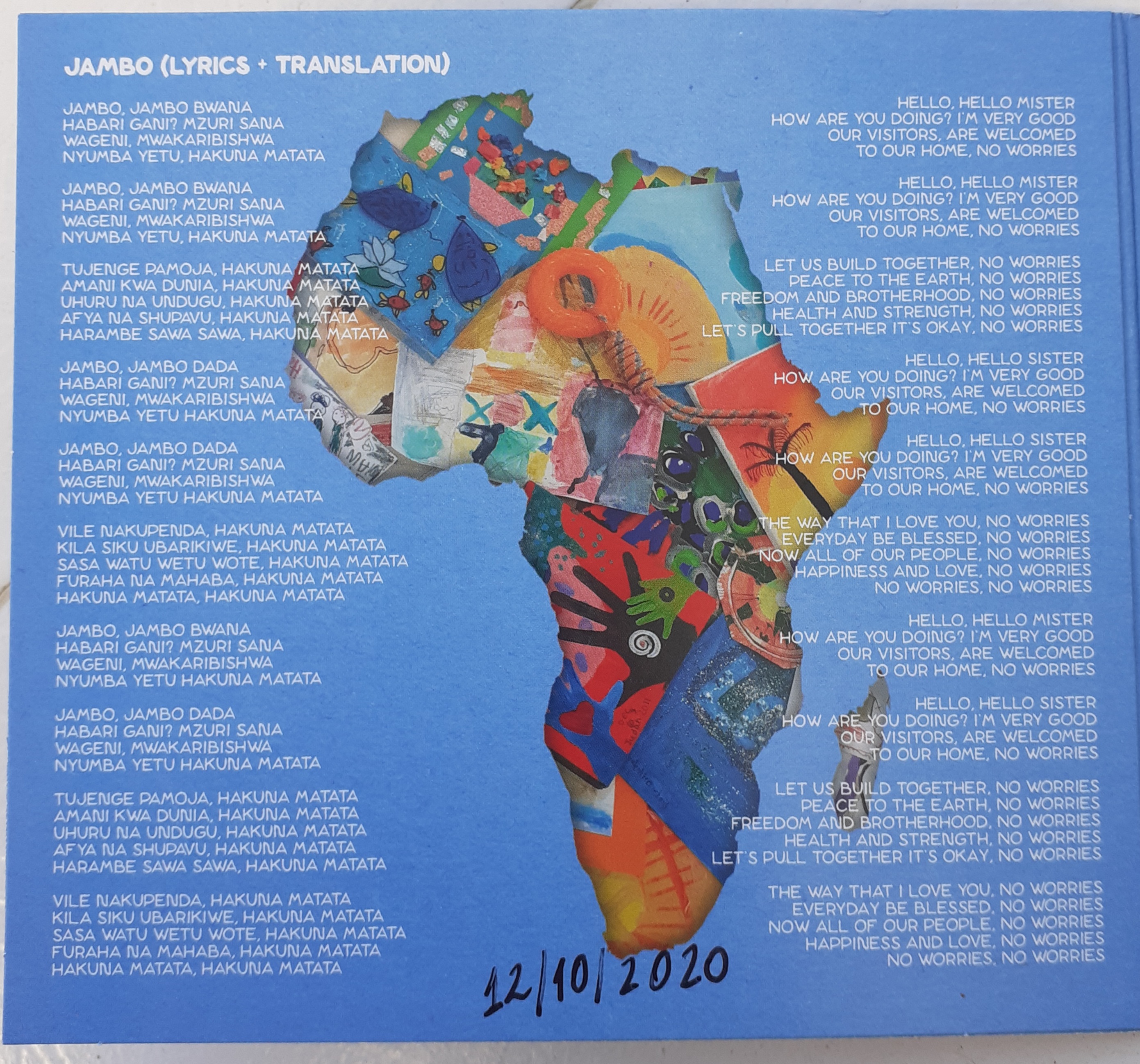 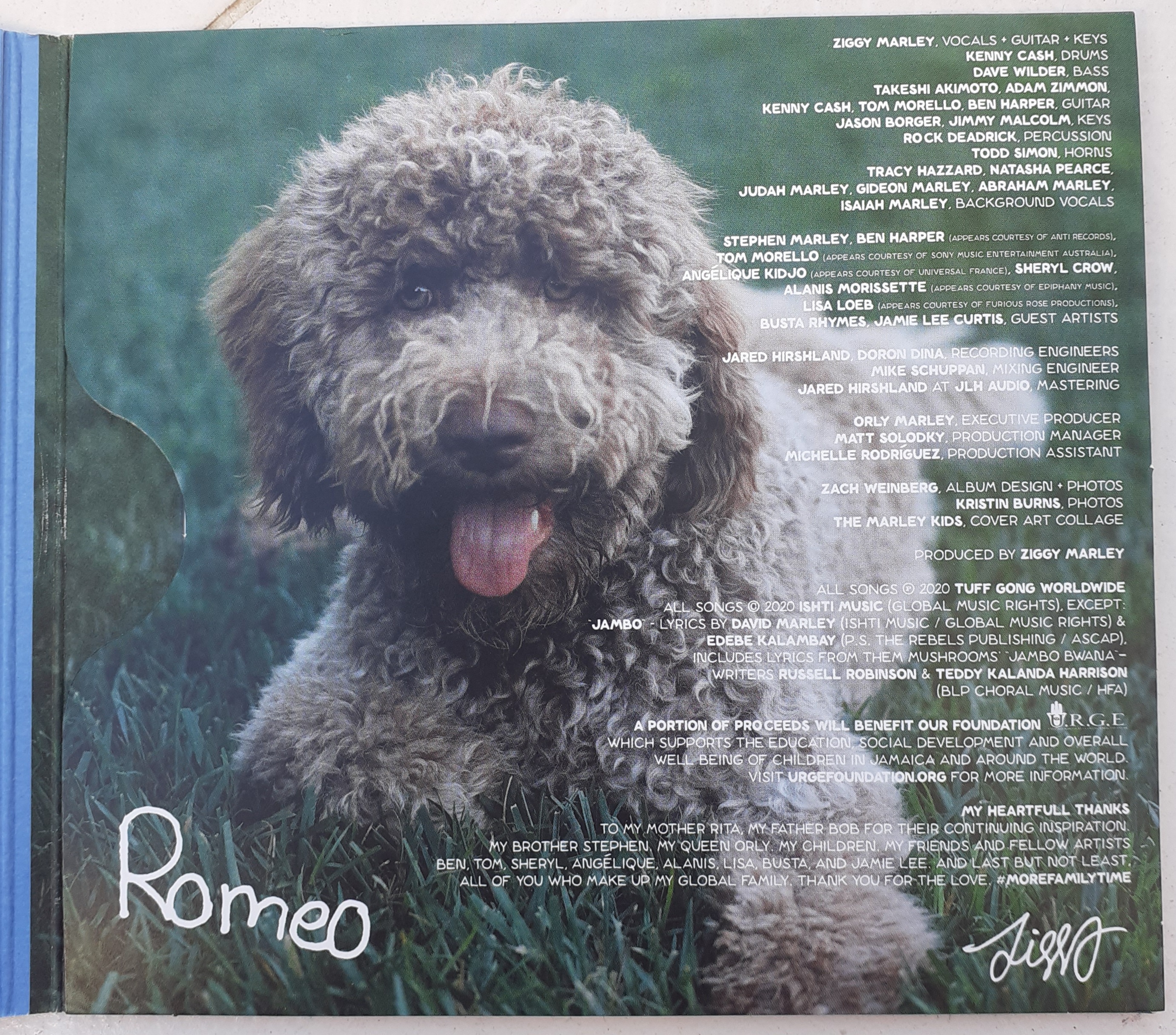 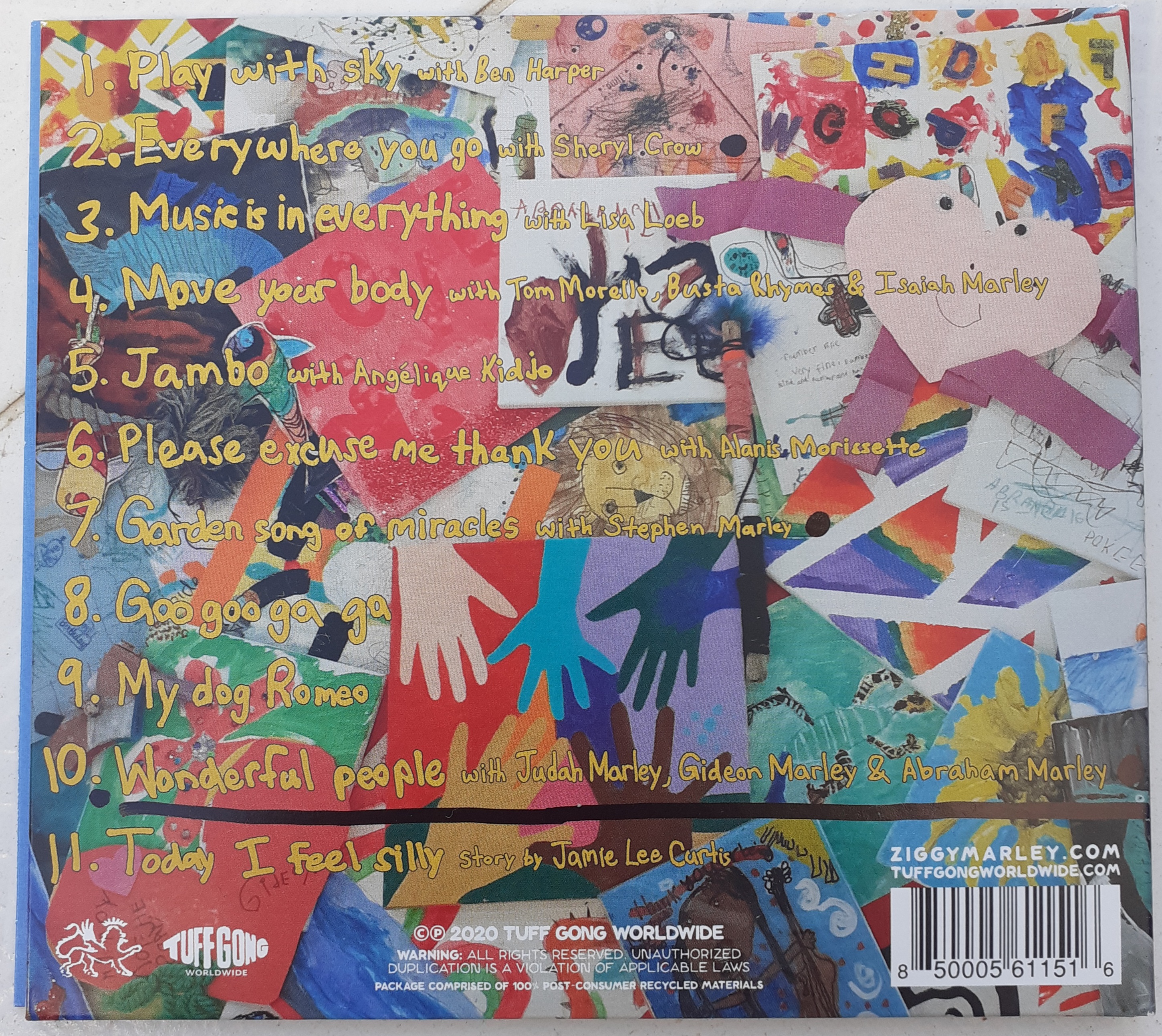