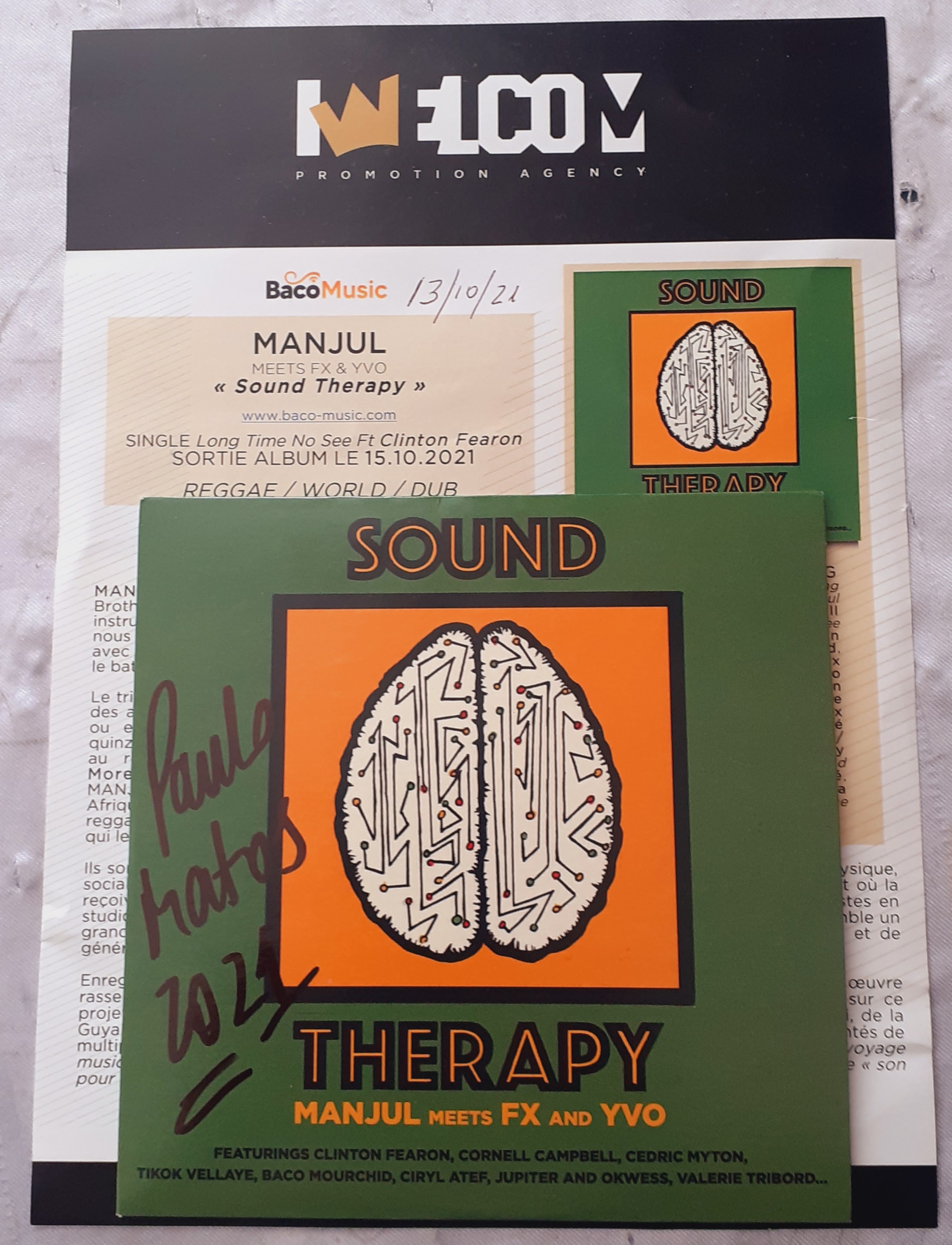 The trio met in Bamako on the various projects of artists TIKEN JAH FAKOLY, AMADOU ET MARIAM or on the Paris-Bamako Festival. For the past fifteen years, they have rubbed shoulders with each other, in particular thanks to the late manager and director Marc Antoine Moreau who had made Bamako and the MANJUL studio one of his favorite places of creation in Africa. Beyond their common passion for reggae, the three artists have a sensitivity to music all their own. They are convinced of the therapeutic dimension of it, as much on the psychic, physical, social and spiritual level that it provides to those who do it, those who accompany it, distribute it or receive it. All three work in parallel for and in the company of many artists in the studio or live. This work is a testament to friendships and collaborations and brings together a large number of musicians, singers and singers from different backgrounds, musical expressions and generations.

Recorded in several studios between Paris, Mali, Jamaica and Réunion, this work brings together and expresses a wide spectrum of emotions and cultural particularities. So on this project, artists from the Indian Ocean islands, Comoros, Congo, Mali, Guyana, Jamaica and France come together on Reggae songs with Roots influences. Tinted with multiple musical influences evoking deep themes, it is about "a musical journey within and around everyone, motivated by the therapeutic power that" sound "represents for all that lives".
Beyond the purely musical dimension of the project, YVO ABADI, also a painter and draftsman, brings a plastic dimension to it since he creates the visual supports for the album. And if this album is a meticulously produced piece, it's because with the skills of their own, the trio has developed a very precise process of creation. The instrumental themes are proposed by MANJUL then arranged by YVO ABADI who brings all his rhythmic sensitivity to them. The directions and sound enhancements are supervised by FX VILAVERDE throughout the recording and mixing process in addition to his presence on keyboards, basses, trumpets, percussions and choirs. We also find the lead voice of MANJUL on 4 tracks in different languages and styles.

02 – From My Soul Ft. Cornell Campbell

07 – The Lion and The Hunter Ft. Kubix Tarantababou & C. Laubé 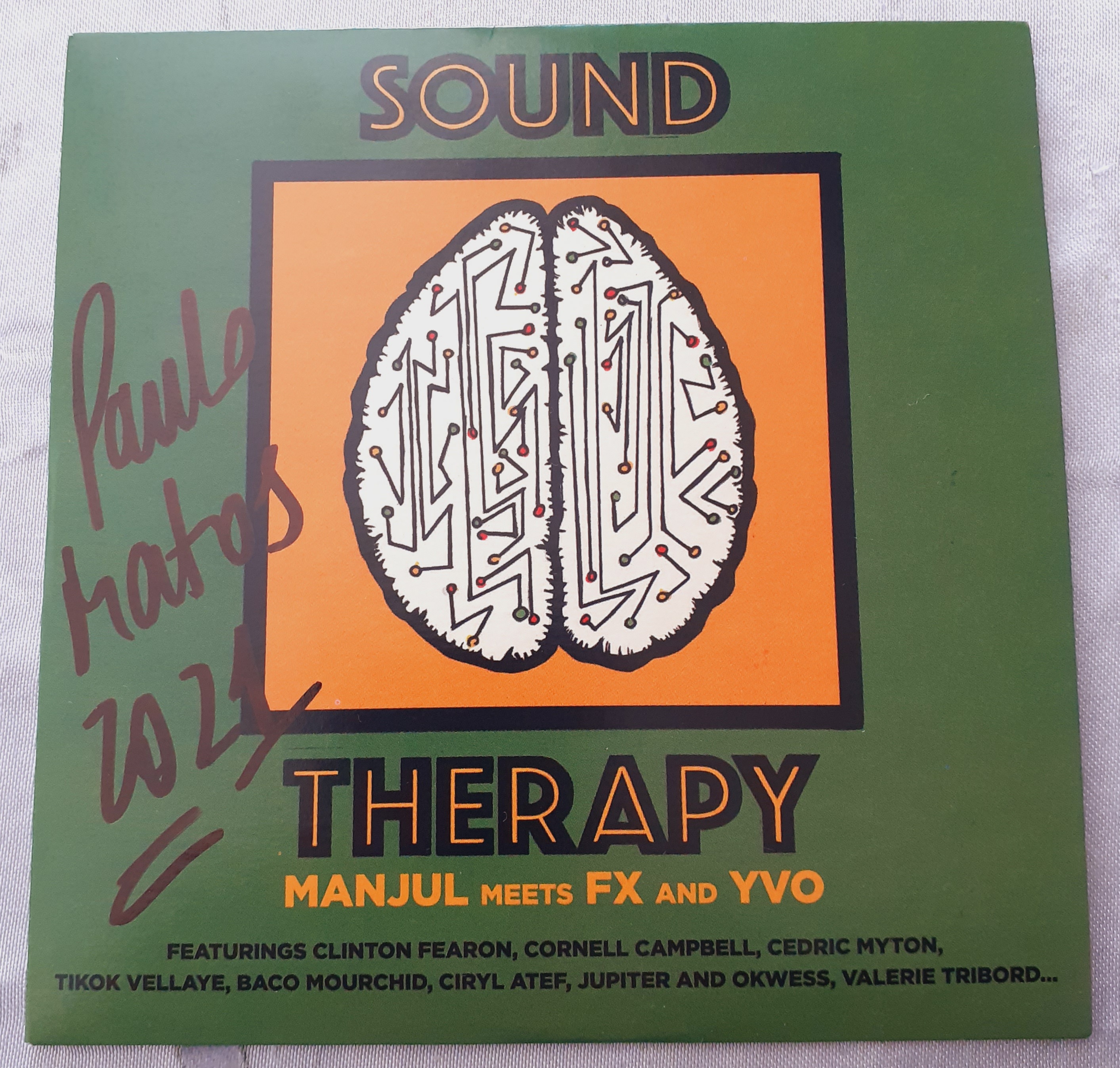 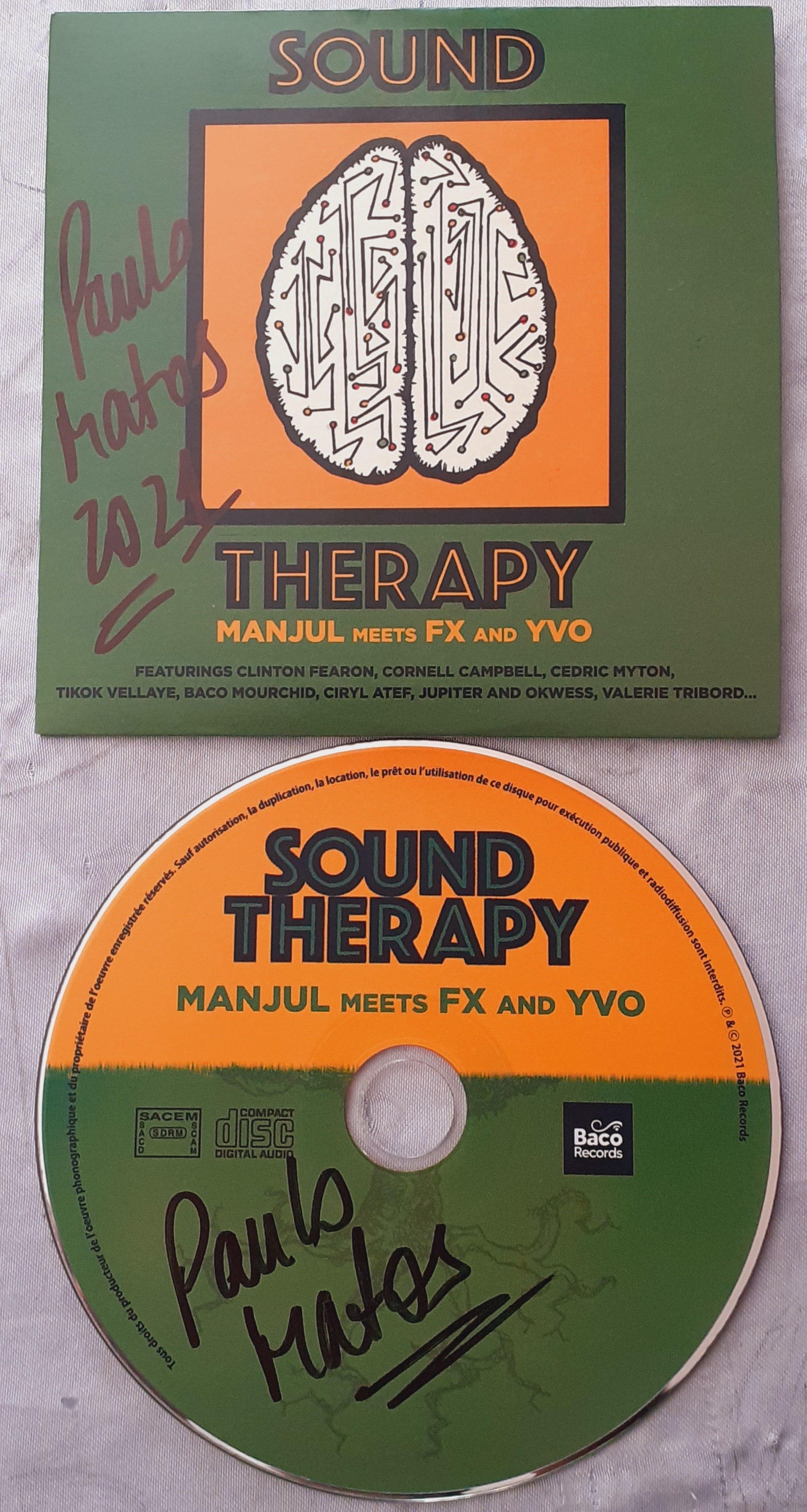 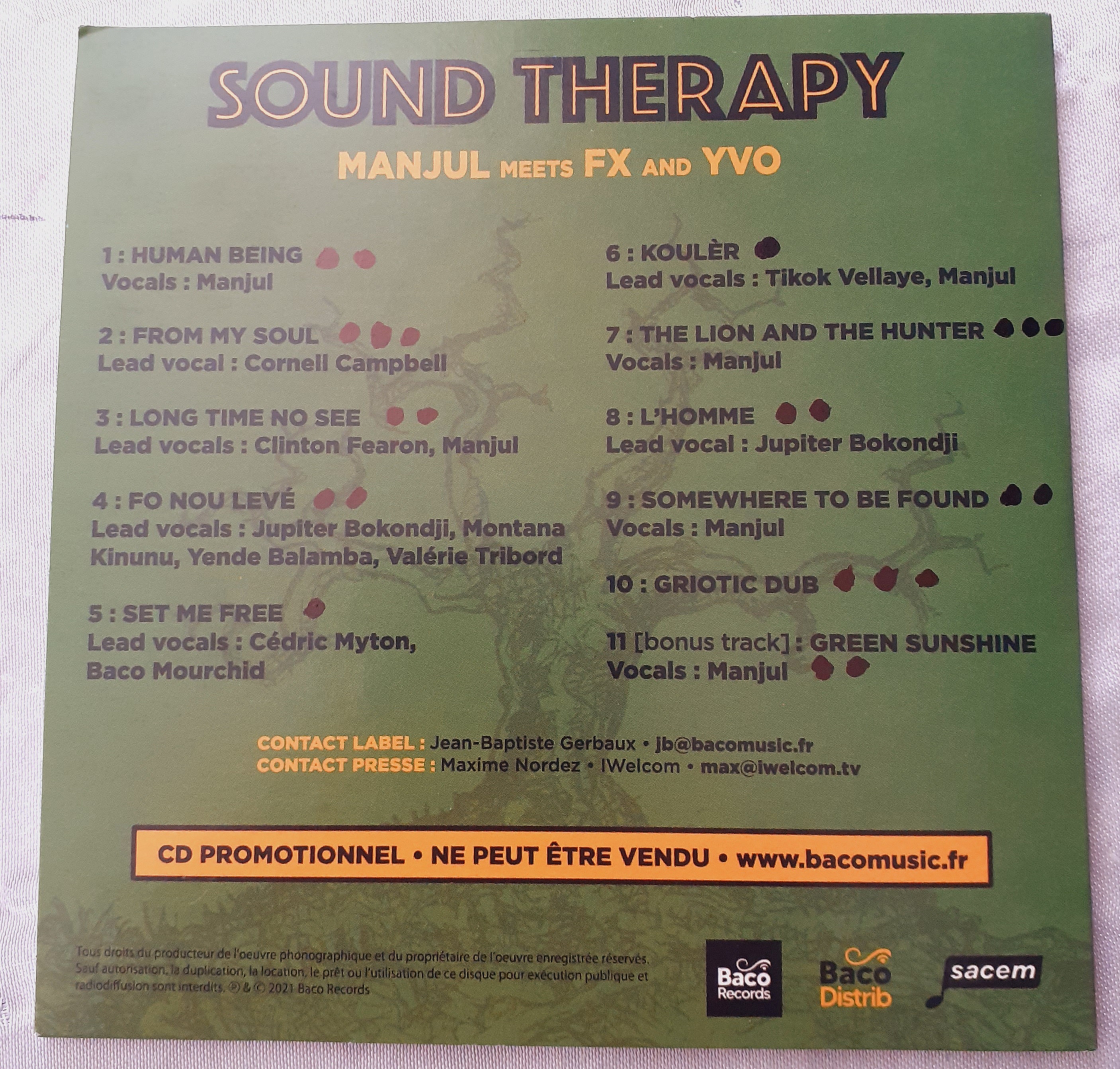